It is the first time that the Long March-5 carrier rocket, currently China's largest launch vehicle, is put into practical use after a series of trial launches.

It is also the first time the Long March-5 exceeded the second cosmic velocity, the fastest China's carrier rockets have gone to date, said Li Dong, the rocket's chief designer at the China Academy of Launch Vehicle Technology (CALVT).

The rocket did not separate from Tianwen-1 until it accelerated to over 11.2 km per second, the second cosmic velocity or escape velocity. At that speed, Tianwen-1 went into the Earth-Mars transfer orbit, overcoming the gravitational pull of Earth and embarking on an interplanetary journey, Li explained. 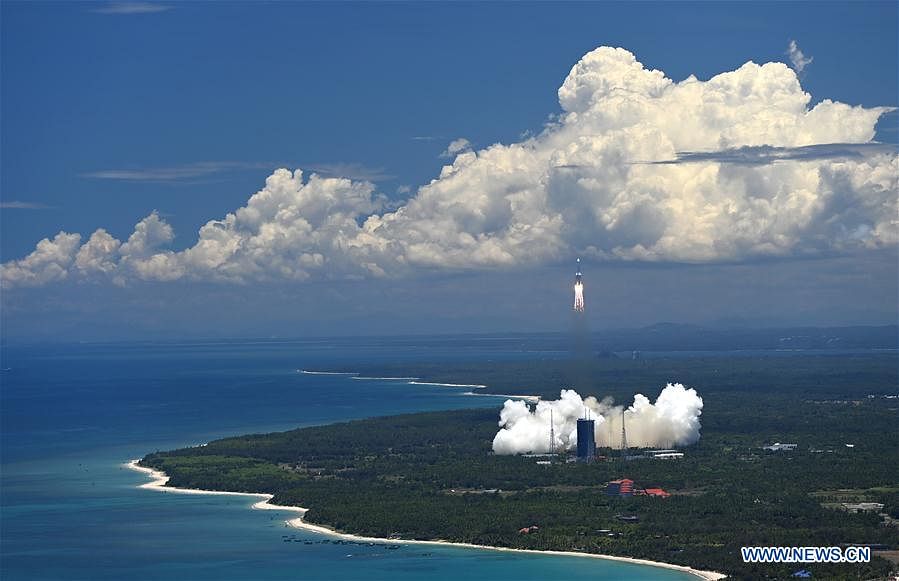 The rocket, codenamed Long March-5 Y4, has a total length of almost 57 meters, equivalent to the height of a 20-story building. It has a 5-meter-diameter core stage and four 3.35-meter-diameter boosters.

The rocket uses environment-friendly propellants, including liquid oxygen, liquid hydrogen and kerosene. It has a takeoff mass of 869 tonnes and can carry a payload of 14 tonnes to a geostationary transfer orbit.

As the relative positions of Earth and Mars are constantly changing, a space mission from Earth is like shooting at a moving target. The researchers have designed a record number of trajectories targeting multiple narrow time windows to ensure the probe's precise entry into the preset orbit, said Wang Jue, general director of the rocket research team at CALVT.

A total of 42 launch trajectories have been designed, more than any other Chinese space mission and the rocket can switch among them automatically, Wang Jue said.

Tianwen-1, comprising an orbiter, a lander and a rover, weighs nearly five tonnes, a tonne heavier than the Chang'e-4 lunar probe. It is the heaviest deep space probe that China has launched so far. 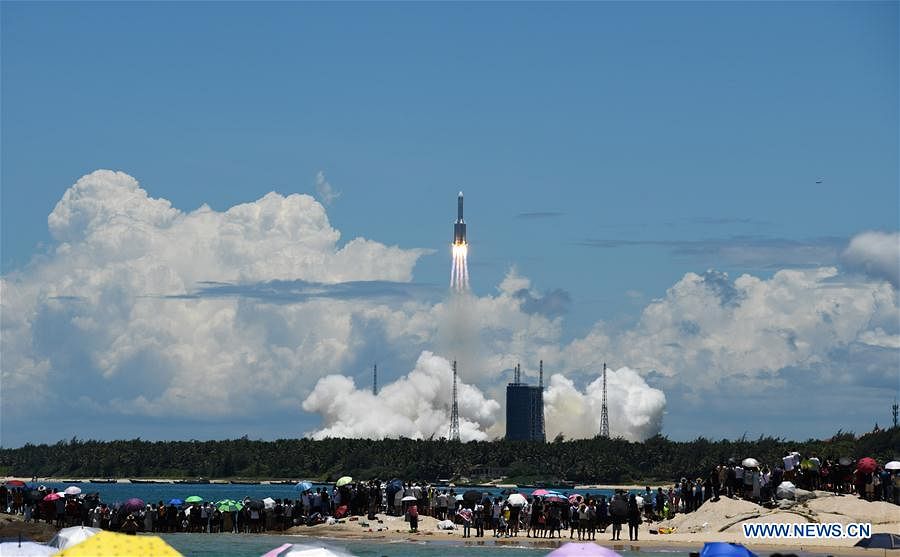 Based on the experience of these launches, engineers have improved the technology and reliability of Long March-5 Y4, covering multiple systems like its control system, measuring system, body structure, and ground support system.

The successful development of Long March-5 rockets is the result of cooperation and coordination across various industries in the country. More than 16,000 people from five research institutes under China Aerospace Science and Technology Corporation (CASC) undertook the research and development work.

More than 900 organizations from industries like metallurgy, chemical industry, electronics, and transportation outside CASC have provided support for the research and development work.

Lou Luliang, deputy chief designer of the rocket at CALVT, said they had been busy with final preparations for the Mars mission since the Long March-5B launch on May 5.

Analyzing results and restoring ground equipment, many of his team members have worked around the clock at the WSLS since the Spring Festival in January. In the hot weather of Hainan, the rocket team completed the ground equipment recovery work 10 days ahead of the normal process. 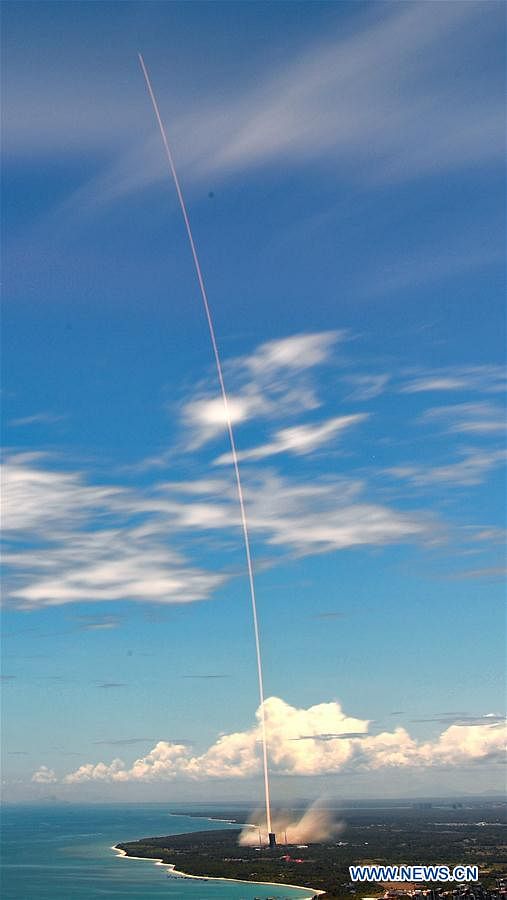 Wu Junfeng is a pipeline system designer for the rocket. The number of pipelines, which are like "blood vessels" connecting the engines to the tanks, in the Long March-5 is two to three times more than other rockets. To ensure the assembly quality, he often worked overnight at the assembly workshop.

The rocket is scheduled to launch the Chang'e-5 lunar probe later this year to collect moon samples and bring them back to Earth.

The Long March-5 can also be used to take large satellites up to eight tonnes to a high Earth orbit. If combined with a proper upper stage, it can also carry two 5.5-tonne satellites in one launch.

In 2021, the Long March-5B will launch the core module of China's space station. Specially developed for the construction of the station, the Long March-5B has the largest fairing of all China's rockets with a length of 20.5 meters and a low Earth orbit carrying capacity of 25 tonnes.

The Long March-5 will also help lay a solid foundation for the development of heavy lift rockets in the future, Wang Xiaojun said.