China has studiously avoided mentioning the limits on girls’ education and other human rights abuses, particularly those targeting women, while keeping its Kabul embassy open

Chinese leader Xi Jinping on Thursday issued strong backing for Afghanistan at a regional conference, while making no mention of human rights abuses by the country’s Taliban leaders.

Xi pledged China’s support in a message to a gathering of representatives from Afghanistan, China, Russia, Pakistan, Iran, Tajikistan, Turkmenistan and Uzbekistan in a central Chinese city that spotlights Beijing’s aspirations to play a leading role in Afghanistan following the withdrawal of U.S. forces last August.

A “peaceful, stable, developed and prosperous Afghanistan” is what Afghans aspire to, which “serves the common interests of regional countries and the international community,” Xi said.

“China has all along respected Afghanistan’s sovereignty, independence and territorial integrity, and is committed to supporting Afghanistan’s peaceful and stable development,” Xi said in his message to the gathering in Tunxi, a center of the tourism industry in Anhui province.

Earlier, China's Foreign Minister Wang Yi on Wednesday held talks with his Russian counterpart, Sergei Lavrov, in the eastern Chinese province of Anhui, where China was set to host two days of meetings on Afghanistan.

During their meeting, both sides agreed to deepen their cooperation and speak on global affairs "with a united voice," the Russian Foreign Ministry said in a statement.

Wang said that Chinese and Russian relations had "withstood the test of international turbulence" and continued to develop "resiliently," China's Phoenix TV reported.

It was Wang's first in-person meeting with Lavrov since Moscow began its invasion of Ukraine.

China is holding two multinational meetings in the ancient town of Tunxi to discuss the economic and humanitarian crisis facing Afghanistan, as Beijing makes a diplomatic push for the country’s stability and development under the Taliban.

Diplomats from Indonesia and Qatar will send their representatives as guest attendees to the regional meeting to be hosted by Chinese foreign minister Wang Yi.

The talks will “echo positively with the third meeting of foreign ministers of the Afghan neighbouring countries, to further cement the consensus of all parties … to help Afghanistan achieve peace, stability and development at an early date,” Wang Wenbin, the Chinese foreign ministry spokesman, said.

A separate meeting of the “Extended Troika” will be held concurrently among special envoys for Afghanistan from China, the United States and Russia, China’s foreign ministry said.

Afghanistan has been confronting a devastating economic and humanitarian crisis since the Taliban seized control in August 2021.

US officials canceled talks in Doha with the Taliban following the decision. The US State Department also warned that Washington saw the decision as "a potential turning point in our engagement" with the militants.

A month before the Taliban took power, Foreign Minister Wang Yi hosted a high-powered delegation from the group for a July 28, 2021, meeting in the Chinese port city of Tianjin. Wang referred to the group as “pivotal” force important to peace and reconstruction in Afghanistan.

On that and other occasions, Chinese have pushed the Taliban for assurances they will not permit operations within Afghanistan’s borders by members of China’s Turkic Muslim Uyghur minority intent on overthrowing Chinese rule in their native region of Xinjiang.

Wang also made a surprise stop in Kabul last week to meet Taliban leaders, even as the international community fumed over the hard-line movement’s broken promise a day earlier to open schools to girls beyond the sixth grade.

China has studiously avoided mentioning the limits on girls’ education and other human rights abuses, particularly those targeting women, while keeping its Kabul embassy open. 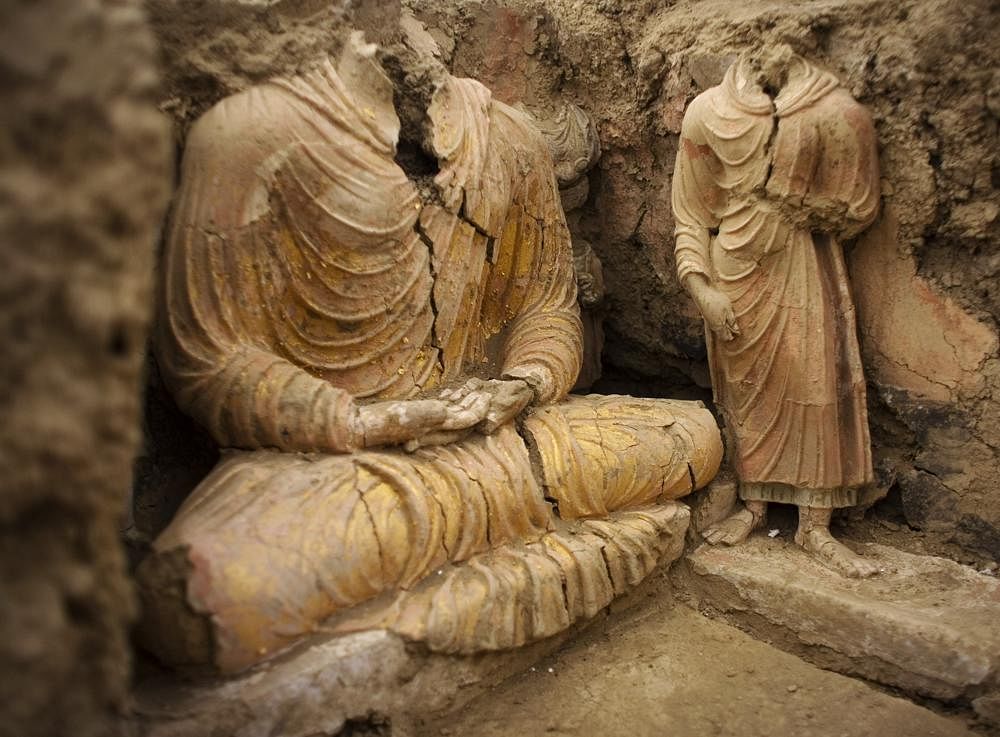