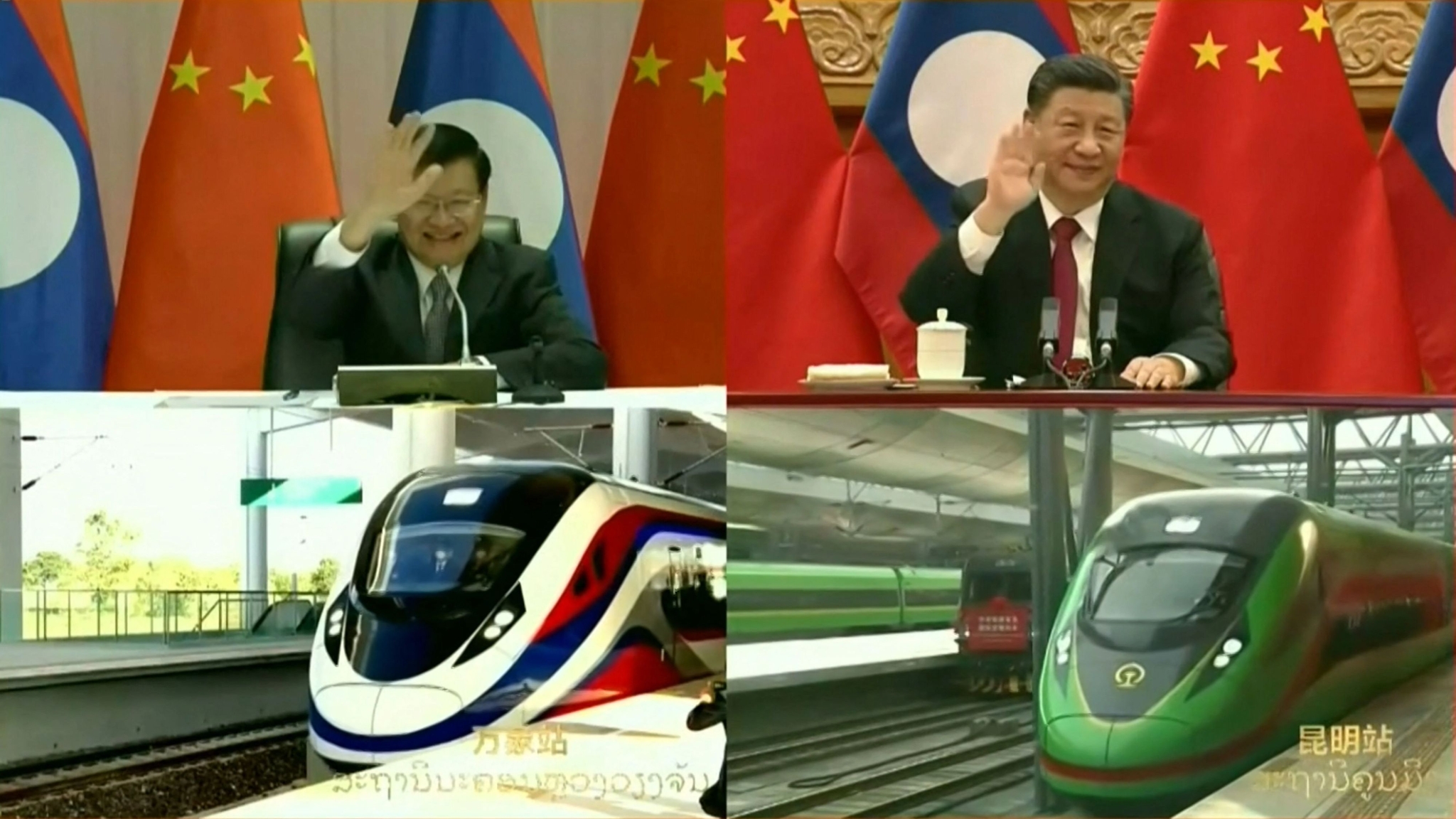 Beijing/Vientiane: China on Friday launched the first cross-border train of its multi-billion-dollar Belt and Road Initiative (BRI) from Laos, which Beijing says will help the small and only landlocked country in South East Asia turn into a land-linked hub, boost regional connectivity and supply chain resilience.

Chinese President Xi Jinping and his Laos' counterpart Thongloun Sisoulith jointly witnessed the opening of the China-Laos railway via video link on Friday.

The first train of the China-Laos Railway left Vientiane soon after the cross-border railway was officially put into operation, the state-run Xinhua news agency reported.

Besides China, Laos shares borders with Vietnam, Thailand, Myanmar and Cambodia which offered Beijing to extend the train project to those countries.

Laos is the only landlocked country in South East Asia. Like China, which is ruled by the Communist Party, it is a one-party socialist republic governed by the Lao People's Revolutionary Party.

As a docking project between the China-proposed BRI and Laos' strategy to convert itself from a landlocked country into a land-linked hub, the railway is of great significance to bilateral economic, social and cultural exchanges as well as the regional connectivity, the report said.

With a maximum operating speed of 160-km per hour, the travel time from Kunming to Vientiane takes about 10 hours, including customs clearance time.

This is the first cross-border project under the BRI, China's multibillion-dollar project in different countries with Chinese investments enhancing Beijing's global influence.

Billed as a showpiece of Laos' participation in the BRI, the railway has 11 stations on the Chinese section and 10 on the 409-kilometer Laos section.

The railway will shorten travel between Vientiane and the China-Laos border from two days to just three hours, and the trip from Vientiane to Kunming can be done overnight.

China believes that the railway could help Laos turn its strategy of turning from a landlocked country to a land-linked hub into reality, boost regional connectivity and supply chain resilience, and make contributions to regional development and prosperity, Chinese Foreign Ministry spokesman Wang Wenbin told the media here earlier this week.

The railway will also establish a rapid transit and commercial link between the Southeast Asian country and China, the world's second-largest economy, powering Laos' economic growth, a report in the state-run Global Times said.

A pet initiative of President Xi, the BRI was launched in 2013 to fund infrastructure projects in the world, taking advantage of China's massive USD 3.21 trillion forex reserves to further Beijing's global influence.

Since then, the USD 60 billion China-Pakistan Economic Corridor (CPEC) connecting China's Xinjiang with Pakistan's Gwadar Port has emerged as the flagship project over which India has raised protests as it is being laid through Pakistan-occupied Kashmir.

However, the lack of transparency of the BRI agreements and mounting debt to China by smaller countries have raised global concerns.

The 99-year lease of the Hambantota port in Sri Lanka to China has raised red flags about the downside of the BRI and Beijing's push for major infrastructure projects costing billions of dollars in smaller countries.