Another terrorist attack on the Kabul airport is "highly likely" in the next 24 to 36 hours, President Joe Biden has warned, as the US rushed to evacuate the few remaining Americans and Afghan allies ahead of the August 31 deadline to withdraw from Afghanistan. The State Department also urged all US citizens to leave the area near the airport because of a "specific, credible threat".

"The situation on the ground continues to be extremely dangerous, and the threat of terrorist attacks on the airport remains high. Our commanders informed me that an attack is highly likely in the next 24-36 hours," Biden said on Saturday.

Biden directed them to take every possible measure to prioritise force protection. He ensured that they have all the authorities, resources and plans to protect US men and women on the ground.

Biden also wowed to keep up retaliatory strikes against the terrorists responsible for Thursday's suicide bombing at the airport that killed 13 US service members and at least 170 Afghans.

In retaliation, the US carried out a drone strike on eastern Afghanistan late on Friday. The Pentagon said two "high profile" ISIS targets were killed and another was injured in the drone strike.

"We discussed the strike that US forces took last night against the terrorist group ISIS-K in Afghanistan. I said we would go after the group responsible for the attack on our troops and innocent civilians in Kabul, and we have. This strike was not the last," Biden said.

"We will continue to hunt down any person involved in that heinous attack and make them pay," he said.

"Whenever anyone seeks to harm the United States or attack our troops, we will respond," he added.

As the mission winds down, Biden said US military personnel were continuing to evacuate civilians "despite the treacherous situation in Kabul".

While roughly 350 Americans are left in Afghanistan who wish to leave, thousands of Afghans who worked with the US during the 20-year war and are still trying to get a flight out of the country.

"Yesterday, we brought out another 6,800 people, including hundreds of Americans. And today, we discussed the ongoing preparations to help people continue to leave Afghanistan after our military departs," Biden said. 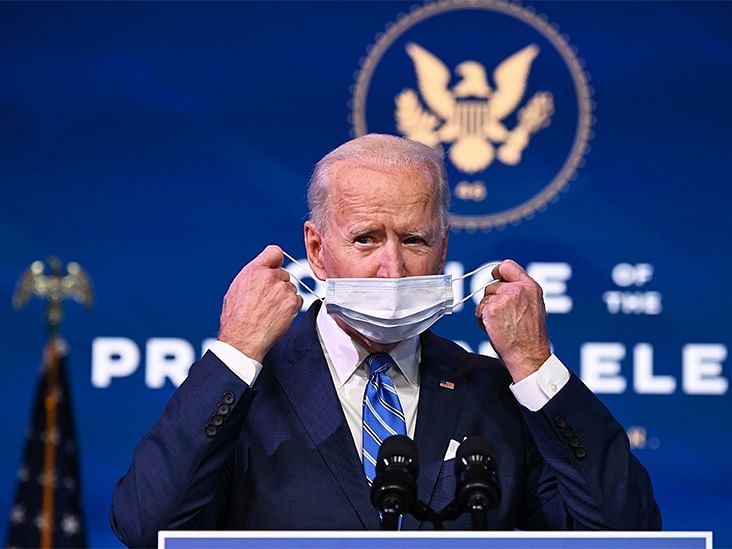