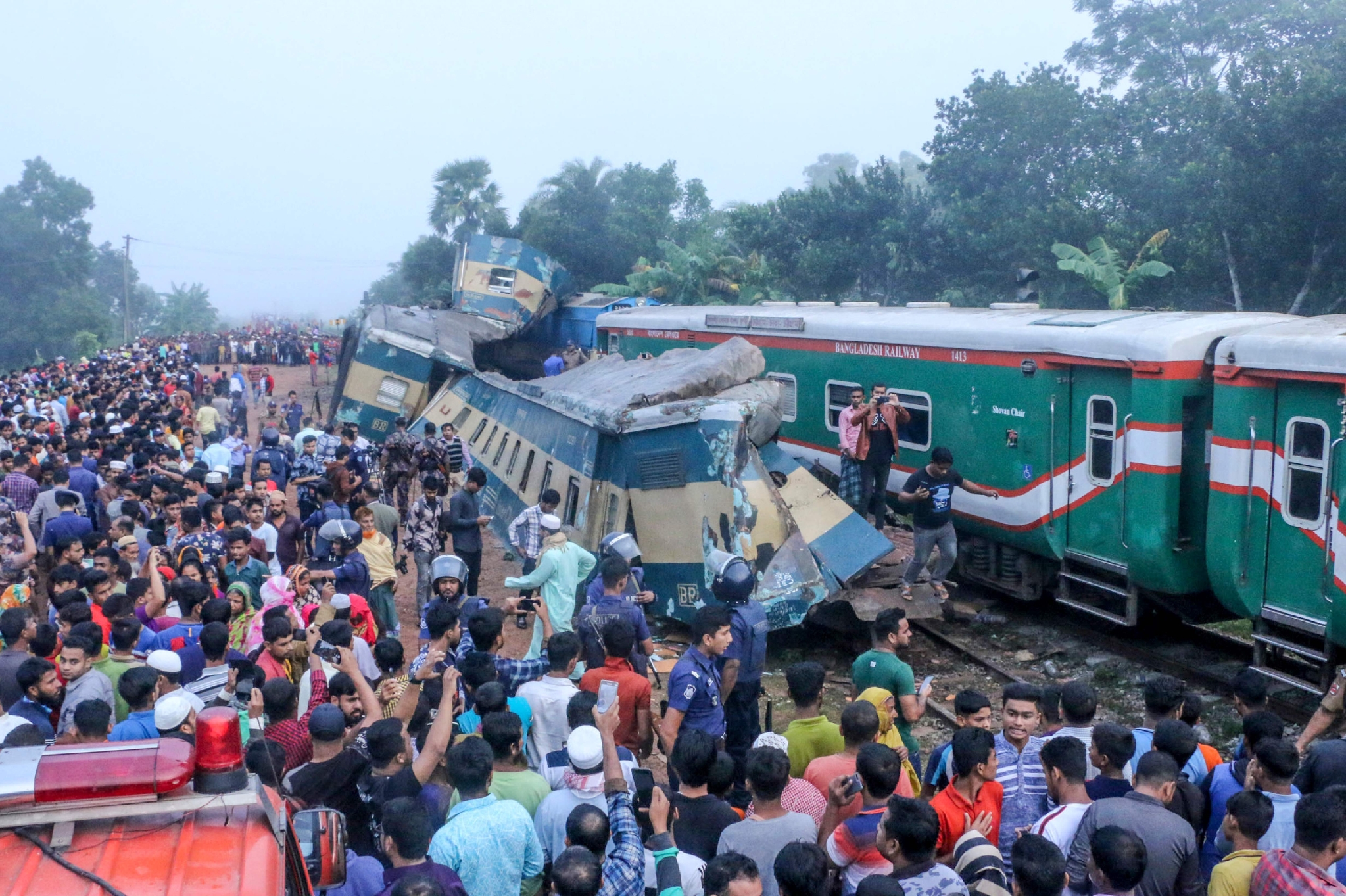 Bystanders look on after a train collided with another train in Brahmanbaria some 130 kms from Dhaka on November 12, 2019. | Photo by STR / AFP

Dhaka: At least 16 people were killed and 60 others injured in a head-on collision between two trains in Brahmanbaria district in central Bangladesh on Tuesday, railway officials said.

A railway spokesman said the the pre-dawn accident appeared to have occurred when Chittagong-bound Udayan Express was changing tracks at Mondobhag railway station in the district and the Dhaka-bound Turna Nishita coming from the opposite direction collided with it.

"The salvage campaign is nearly completed as Railways Minister Nurul Islam Sujan and our senior officials visited the scene to oversee the rescue drives," the spokesman said. Hayat-ud-Dowla Khan, Brahmanbaria Deputy Commissioner was quoted as saying by the Dhaka Tribune that the accident occured because the loco masters did not obey the signals.

According to police, 12 passengers died on the spot, while the rest succumbed to injuries as the rescue campaign was underway or after they were rushed to nearby hospitals.

Local police station chief Shayamal Kanti Das feared that the toll could rise as several passengers were still trapped under the damaged coaches, especially of the Udayan Express.

Railway officials said they immediately suspended the drivers and conductors of the Turna-Nishita train and formed four different committees to investigate into the crash.

The district administration also formed another committee with an additional district magistrate as its chief.

The Daily Star reported that train services between Dhaka-Chattogram, Dhaka-Noakhali and Chattogram-Sylhet have been suspended following the accident. 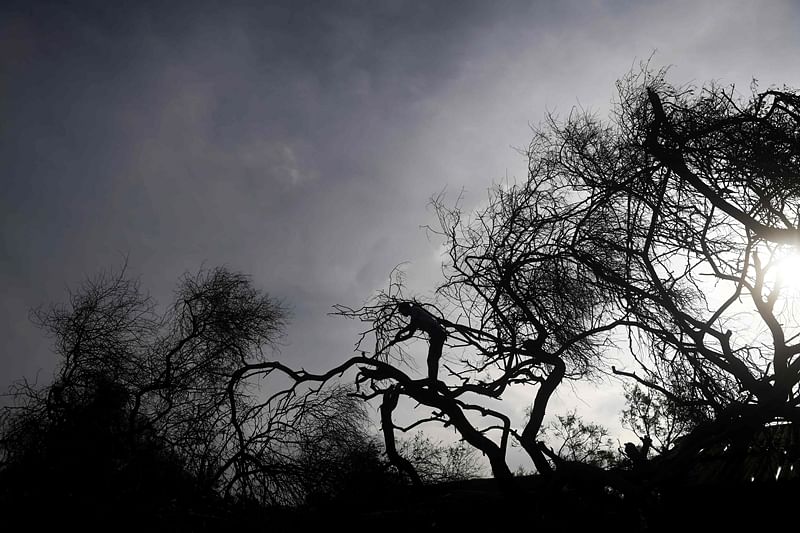