About 20 storms and typhoons batter the Philippines each year.
PTI 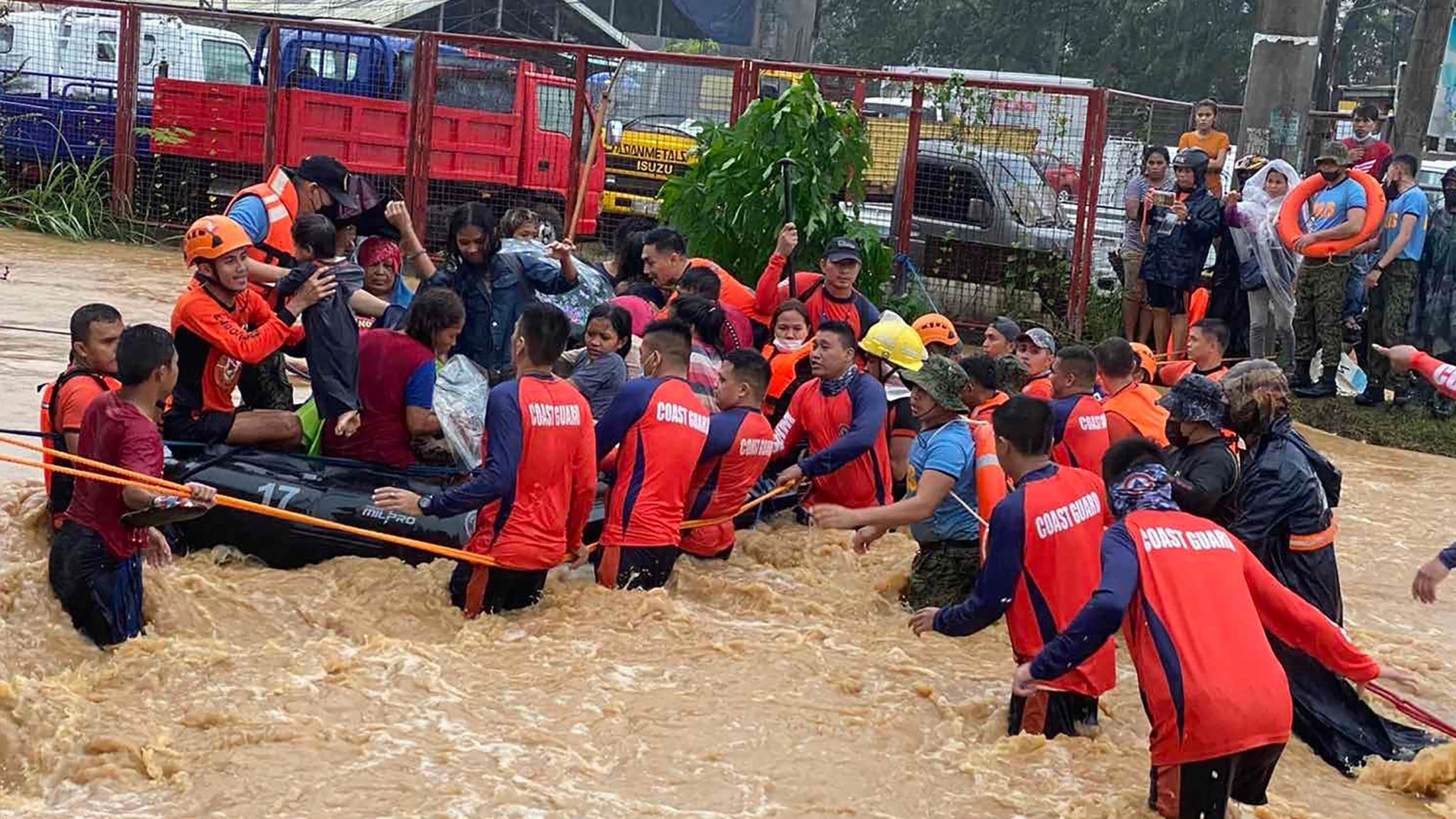 Manila: At least three people were reported dead in the Philippines on Friday after a strong typhoon engulfed villages in floods, tore off roofs, toppled trees and knocked out power in southern and central island provinces, where more than 3,00,000 villagers had fled to safety before the onslaught, officials said.

Typhoon Rai slightly weakened after blowing ashore Thursday on the country's southeastern coast but remained deadly and destructive with sustained winds of 155 km (96 miles) per hour and gusts of up to 215 (133 mph) as it barrelled westward toward western Palawan province before exiting into the South China Sea, meteorologists said.

Officials were assessing the extent of the damage and casualties wrought by one of the strongest typhoons to hit the country in recent years but said efforts were hampered by widespread power outages, downed communications and roads clogged with fallen trees and debris.

Witnesses described ferocious winds that ripped off roofs and forced down trees, while others experienced severe flooding that trapped residents in their houses including on the banks of swollen rivers.

"I have never experienced such ferocity of the wind in my life and we were not even directly hit," Mayor Jerry Trenas of central Iloilo city told The Associated Press by telephone, adding that at least one resident was killed when she was hit by a cluster of bamboo blown down by the storm.

Workers were clearing roads in the coastal city of nearly half a million people, which remained without power and struggled with erratic cell phone signals, he said.

Two other people died in southern Bukidnon province, where a falling tree killed one resident and injured another, and in southern Surigao city, where a man died after being hit by debris, officials said.

Officials were confirming at least two other typhoon-related deaths in central Guimaras province.

Coast guard personnel rescued residents trapped in chest-deep waters on Thursday in a southern province, where torrential rains swamped villages in brownish water. In southern Cagayan de Oro city, footage showed two rescuers struggling to keep a month-old baby inside a laundry basin above the water and shield it from the wind and rain with an umbrella.

Presidential spokesman Karlo Nograles said more than 3,32,000 people were evacuated from high-risk villages as the typhoon approached from the Pacific Ocean, including nearly 15,000 who were brought to evacuation centres.

Crowding in those centres complicated efforts to keep people safely distanced after authorities detected the country's first infections caused by the omicron variant of the coronavirus. Vaccination campaigns were also halted in provinces lashed by the typhoon.

The coast guard grounded all vessels in dozens of ports affected by stormy weather, stranding more than 4,500 passengers and ferry and cargo ship workers.

An international airport in central Cebu province was closed and several mostly domestic flights were cancelled while schools and workplaces were shut in the most vulnerable areas, Nograles said.

At least 62 cities and towns either lost power entirely or were experiencing disruptions in their electricity services.

About 20 storms and typhoons batter the Philippines each year. The archipelago is located in the seismically active Pacific "Ring of Fire" region, making it one of the world's most disaster-prone countries. 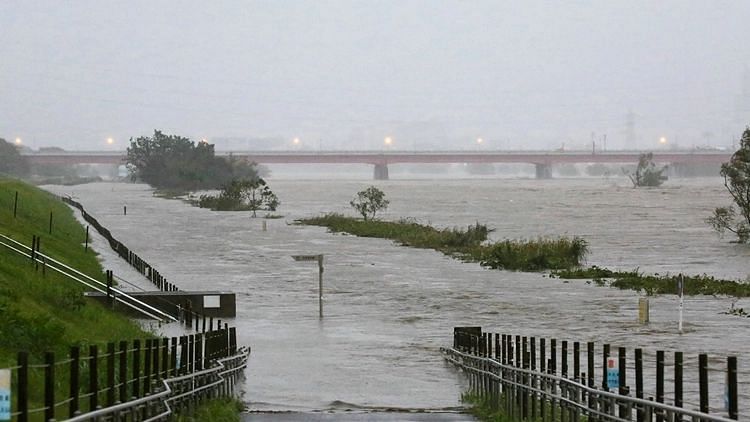