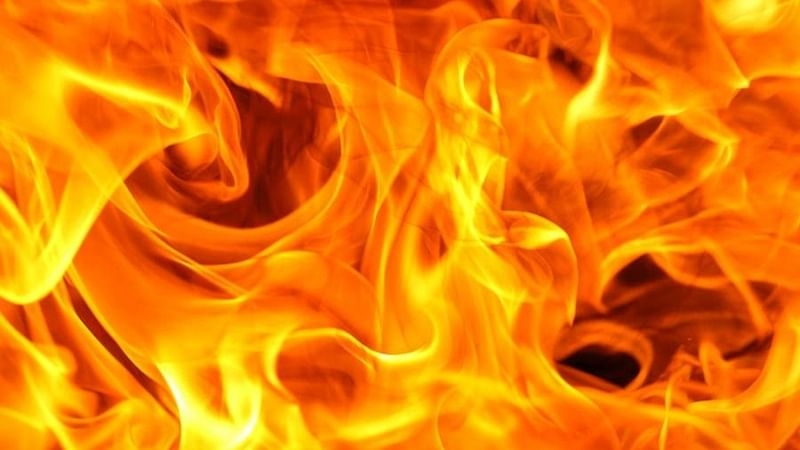 Karachi: At least 15 labourers were killed after a massive fire broke out in a chemical factory in Pakistan's commercial capital of Karachi on Friday, according to media reports.

Fire brigade officials said that the incident happened when the blaze started in a drum of chemical used to manufacture various items and spread across the factory in Mehran Town of the city, Geo TV reported The bodies of 15 labourers working in the factory have been retrieved. Over 20 people were still feared to be trapped inside, police said.

Two fire fighters were injured while trying to put out the flames, the report said.

The fire has been brought under control and the cooling process is underway, Chief Fire Officer Mubeen Ahmed was quoted as saying in the report.

Mubeen said that the roof of the factory was locked and there was only one way to enter the factory, making it difficult for the labourers to escape.

According to a report in The Express Tribune, fire brigade officials declared the blaze to be a third-degree fire and given its severity, all of the city's tenders were deployed to douse the flames.

The area has been cordoned off and Rangers personnel were engaged in relief efforts with rescue teams.

Reacting to the incident, Sindh Chief Minister Syed Murad Ali Shah sought a report from the Karachi commissioner and the labour department on how the incident happened and what precautionary measures were taken, the Dawn newspaper reported.