As US envoy to Afghanistan steps down, know more about Zalmay Khalilzad who brokered US pullout deal 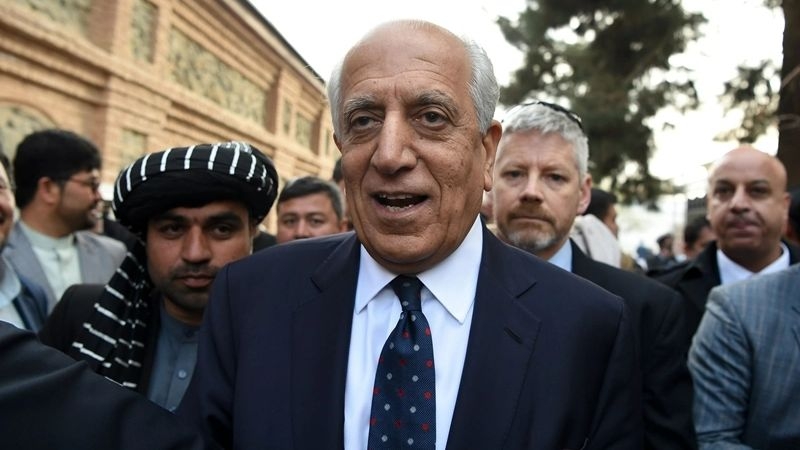 Washington: US top envoy to Afghanistan Zalmay Khalilzad resigned from his position on Monday. "As Special Representative for Afghan Reconciliation Zalmay Khalilzad steps down from his role, I extend my gratitude for his decades of service to the American people," US Secretary of the State Antony Blinken said in a statement.

The developments came almost two months after the US withdrew from Afghanistan in a 'chaotic and deadly' evacuation process, CNN reported.

"West, who served on then-Vice President Biden's national security team and on the National Security Council staff, will lead diplomatic efforts, advise the Secretary and Assistant Secretary for the Bureau of South and Central Asian Affairs, and coordinate closely with the US Embassy Kabul presence in Doha on America's interests in Afghanistan," the US Secretary said. Who is Zalmay Khalilzad?

Zalmay Khalilzad was born in Afghanistan and grew up in the capital, Kabul. The 70-year-old academic turned US diplomat took senior positions under former President George W Bush, becoming the US ambassador to Kabul and then Baghdad and the United Nations. He helped President George W Bush plan the overthrow of the Taliban in 2002, The New York Times reported.

Khalilzad was a rare US diplomat able to develop a cordial rapport with Taliban leaders whose regime was toppled by the United States after the September 11, 2001 attacks over its welcome to Al-Qaeda, as per a NDTV report.

Khalilzad had led talks with the Taliban in Qatar that resulted in the Doha agreement between the Islamic group and former US President Donald Trump to fully withdraw US troops by May 2021.

After Trump ended US opposition to speaking to the Taliban, Khalilzad engineered the release from a Pakistani jail of the group's co-founder Mullah Baradar and spent months with the rebels in Doha.

Khalilzad, despite his Republican affiliation, was kept when Democratic President Joe Biden defeated Trump and decided to go ahead with the withdrawal.

Soon, Khalilzad's his superiors in the Biden administration — while voicing respect for him personally — faulted the diplomacy behind the 2020 agreement.

In interviews last month, Khalilzad said that he had reached a deal with the Taliban in which the insurgents would stay out of Kabul and negotiate a political transition. But Khalilzad said the deal collapsed when President Ashraf Ghani fled the country.

The last two US officials to step off Afghanistan soil and onto a US military aircraft were General Chris Donahue, commander of the 82nd Airborne Division, and the top US diplomat in Kabul, Charge d'Affaires Ross Wilson, reported CNN.