Besides restarting polio vaccination, a supplementary dose of vitamin A will also be provided to children aged 6 to 59 months
IANS 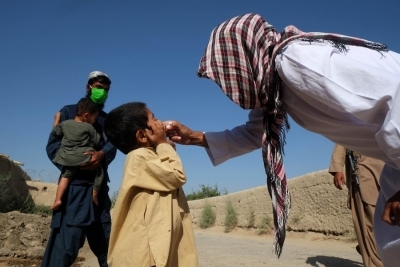 A country-wide polio vaccination drive will begin in Afghanistan on November 8 for the first time since the Taliban took over the country in August, the Unicef announced on Monday.

In the years after the Taliban was overthrown in 2001 by a US-led coalition, vaccination campaigns made much progress in the country. However, as the Taliban made inroads again, door-to-door visits by polio workers had been banned in Afghanistan, for three years now.

The World Health Organization (WHO) and Unicef welcome the decision by the Taliban, who support the resumption of a house-to-house drive across the country, the UN agency said in a statement on Monday.

The campaign will be the first in over three years to reach all children in Afghanistan, including more than 3.3 million kids in parts of the country who have "previously remained inaccessible to vaccination campaigns", Xinhua news agency quoted the statement as saying.

"A second nationwide polio vaccination campaign has also been agreed and will be synchronised with Pakistan's own polio campaign planned in December," according to the statement. "This is an extremely important step in the right direction," said Dapeng Luo, WHO Representative in Afghanistan.

"We know that multiple doses of oral polio vaccine offer the best protection, so we are pleased to see that there is another campaign planned before the end of this year. Sustained access to all children is essential to end polio for good. This must remain a top priority," he said.

Besides restarting polio vaccination, a supplementary dose of vitamin A will also be provided to children aged 6 to 59 months during the upcoming campaign, the WHO said.

"This decision will allow us to make a giant stride in the efforts to eradicate polio," said Herve Ludovic De Lys, Unicef Representative in Afghanistan. "To eliminate polio completely, every child in every household across Afghanistan must be vaccinated, and with our partners, this is what we are setting out to do," he said.

The safety and security of health workers remain a prime concern for the polio programme. The Taliban leadership has expressed their commitment for the inclusion of female frontline workers and for providing security and assuring the safety of all health workers across the country, which is an essential prerequisite for the implementation of polio vaccination campaigns, the Unicef statement said.

Afghanistan and Pakistan are the only two remaining polio endemic countries in the world. According to a Nature report, polio cases tripled in the country between 2018 and 2020. Approximately three million children, a third of those eligible, were thus left out of vaccination campaigns.

Now with the complete takeover of Afghanistan in July by Taliban, and several international organisations pulling out funds, there has been an increased risk of resurgence of polio, Covid-19 and other diseases there.

The new polio program is the result of ongoing high-level dialogue between the UN and the Taliban leadership to swiftly and urgently meet the health needs of the people in Afghanistan. 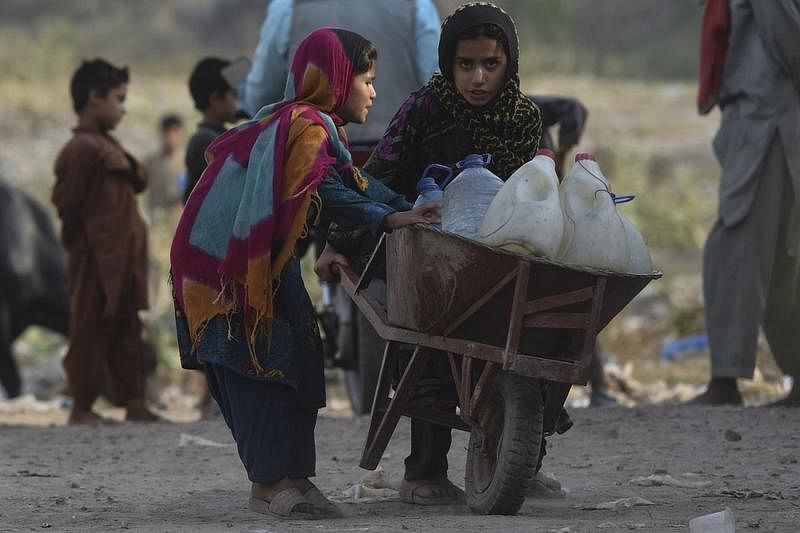 'Children must not pay for conflict...': UNICEF concerned over 'grave child rights violations' in...