HomeWorldAs Taliban takes over, one Afghan province is still standing strong - Here's the story of Ahmad Shah Massoud and his bastion Panjshir

As Taliban takes over, one Afghan province is still standing strong - Here's the story of Ahmad Shah Massoud and his bastion Panjshir

"I will never, ever and under no circumstances bow to the Talib terrorists. I will never betray the soul and legacy of my hero Ahmad Shah Masoud, the commander, the legend and the guide. I won't disappoint millions who listened to me. I will never be under one ceiling with Taliban. NEVER," tweeted Amrullah Saleh, the First Vice President of Afghanistan. The post came on Sunday, even as the militant group overran Kabul and took over the reigns of the government.

There have been several developments since then, with former President Ashraf Ghani fleeing the country for destinations unknown and reports suggesting that Taliban leader Abdul Ghani Baradar will be taking over. But even as evacuations continue at a frantic pace and an atmosphere of fear uncertainty pervades the country, one province remains defiantly standing against the militants.

The Taliban are believed to have faced little resistance in entering and taking over several provinces including Kabul. As US troops continue to withdraw, it had taken less than a fortnight for the country to return to a political scenario reminiscent of the turn of the millennium. But reports suggest that an 'anti-Taliban front' may be forming at Panjshir - the only region that continues to remain out of Taliban hands.

This valley in north-central Afghanistan incidentally had never been occupied by the Soviets in the 1970s or by the Taliban in the 1990s. And while this is certainly aided by topography, Ahmad Shah Massoud who has often been dubbed Sher-e-Panjshir is a major part of the story. He had garnered a fearsome reputation in the 1990s amid clashes with the Taliban and later led the Northern Alliance group that helped Americans in its "war against terror".

Read Also
Where is Ashraf Ghani? As Taliban takes over, speculative reports about ex-Afghan President's... 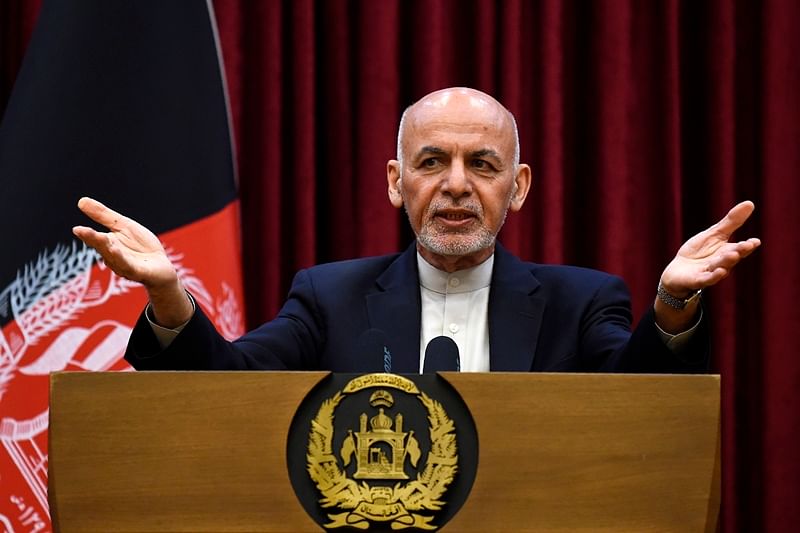 As the Afghan government inched closer to dissolution, Saleh had been conspicuous in his absence from photographs of meetings held between top leaders. On the day of the Taliban takeover and his impassioned tweet however, photographs surfaced showing the VP in consultation with Ahmad Massoud, the son of the late Ahmad Shah Massoud in Panjshir Valley.

It is not yet clear how things will play out. Ahead of the Taliban takeover, Ahmad Massoud had told Atlantic Council that he was willing to negotiate with the Taliban. "I am willing and ready to forgive the blood of my father for the sake of peace in Afghanistan and security and stability in Afghanistan,” Massoud said, insisting that Afghans were not willing to give in to the "will of terrorism”.

With the Taliban effectively in control however, it is not clear whether his earlier readiness to "create an inclusive government with the Taliban" via political negotiation is now in the realm of possibilities.

Over the last few days, there have been numerous speculative reports about the possibility of an anti-Taliban front being put together by the duo, alongside former Defense Minister Bismillah Khan Mohammadi. The reports have been reiterated by journalists from The Washington Post and BBC among others.

Unverified reports on social media platforms also claim that the flag of the Northern Alliance has been raised in Panjshir, and that the movement has been renewed for the first time in two decades. Others insist that Ahmad Massoud has announced his intention to lead the resistance. With no verification thus far, however, it remains to be seen how the people of Panjshir take on the Taliban.