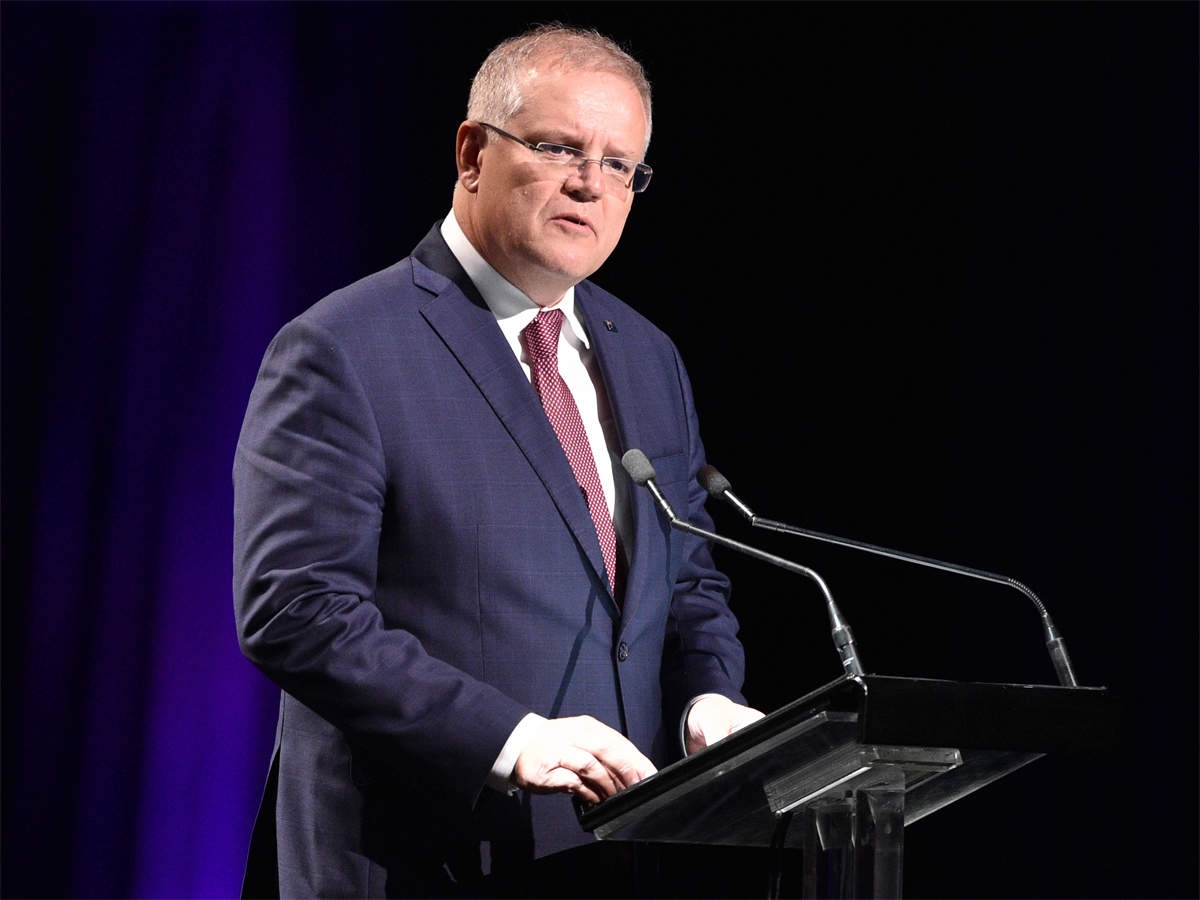 Prime Minister Scott Morrison on Monday demanded an apology from the Chinese government for tweeting a "falsified" and "repugnant" image of an Australian soldier killing a child in Afghanistan, amid escalating political tensions between Canberra and Beijing.

Morrison also demanded that the Chinese foreign ministry delete the fake tweet attacking the Australian Defence Force in the wake of a war crimes inquiry.

Amidst spiralling tensions between the two nations over trade issues, Chinese foreign ministry spokesperson Zhao Lijian on Monday tweeted a graphic image showing a grinning soldier holding a bloodied knife to the throat of a child holding a lamb.

"Shocked by murder of Afghan civilians & prisoners by Australian soldiers. We strongly condemn such acts, & call for holding them accountable," Zhao tweeted along with the picture.

"Don't be afraid we are coming to bring you peace," reads the message on the image, referring to a report by Australia's military earlier this month which found "credible information" that some Australian soldiers were involved in the murders of 39 Afghan civilians and prisoners between 2009 and 2013.

The report recommends a total of 36 incidents be referred to the Australian Federal Police (AFP) for criminal investigation.

Morrison said the image tweeted by Zhao was "falsified", "truly offensive" and "repugnant".

"The Chinese government should be totally ashamed of this post. It diminishes them in the world's eyes," he said.

Morrison said Australia has reached out to the Chinese government and also contacted Twitter to have the post removed.

The prime minister said, "There are undoubtedly tensions that exist between China and Australia, but this is not how you deal with them." "This impacts not just on the relationship here, but with so many other sovereign nations not only in our own region, but like-minded countries around the world, who have expressed similar sentiments to Australia about many issues. And so it is important that these things end and the dialogue starts," he said.

Bilateral relations have rapidly deteriorated this year after Australia backed US-led calls for an investigation into the origins of the coronavirus pandemic, and ongoing discussion about Beijing's alleged interference in Australian affairs.

Australian Foreign Minister Marise Payne said there was no justification for the tweet, which was the most "egregious" example of social media disinformation she had witnessed in her career.

"The Australian Government has called in the Chinese ambassador and sought an apology from the ambassador in relation to this tweet. We will (also) be conveying that message directly in Beijing through our ambassador," she said.