Unless the Taliban steps up to tackle these challenges, Afghanistan is undoubtedly destined to descend into civil war, said Fabbri.
ANI 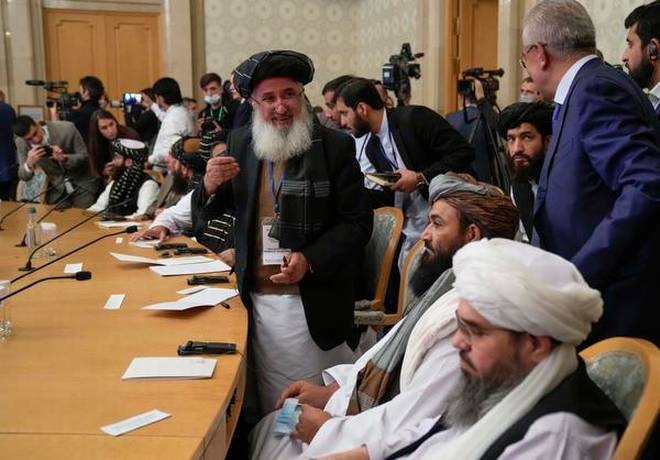 More than ten weeks since the takeover of Afghanistan, the Taliban government is now facing its biggest test of managing the country's governance and its abject failure is threatening the regional stability.

Di Valerio Fabbri, writing in Geopolitica.info said that the Taliban's governance tests are too many. But it looks like the regime doesn't realise the enormity of the challenges as it pursues the single-line agenda of international recognition.

Besides, a grave food and humanitarian crisis, severe drought, and growing clamour from the restive Afghans for basic governance have put pressure on the Taliban to perform.

Moreover, the mounting terrorist attacks by the Islamic State-Khorasan Province (ISKP) have raised questions over the Taliban's ability and willingness to protect religious minorities and Afghan civilians.

Unless the Taliban steps up to tackle these challenges, Afghanistan is undoubtedly destined to descend into civil war, said Fabbri.

According to the international aid agencies, Afghanistan's situation has gone from bad to worse since the Taliban seized power in Kabul last August.

Issuing its most dire warning to date, the United Nations Development Programme (UNDP) recently cautioned that the 38 million Afghans are at risk of being plunged into near-universal poverty, faced with a "catastrophic deterioration" of the country's heavily aid-dependent economy due to the Taliban's capture of power.

The UNDP's study suggested that as many as 97 percent of Afghans can potentially slide below the poverty line by next year- a staggering increase of 25 percent, reported Geopolitica.info.

Accompanying this jump in poverty is the food crisis that has engulfed the country. In recent days, a combination of factors has contributed to the surging food prices across the country, including droughts and blockade of access to the country's international reserves, aggravated by the sheer inability of the Taliban to govern.

As a result, this food crisis will be exceptionally hard-hitting for the locals as the winter approaches, said Fabbri.

The DABS has asked the UN to provide USD 90 million to pay the debt. But if the UN doesn't provide relief, the company will have to ask Afghans to pay up, even though many cannot afford it. This power crisis will be particularly debilitating for the locals in the harsh winter as the food crisis is already ongoing, reported Geopolitica.info.

Meanwhile, the Taliban blamed the lack of diplomatic recognition from other countries to its hard-line government for Afghanistan's problems.
Probably by now, the group would have realised that capturing a country through force and violence is easier than governing it, said Fabbri.

Even locals' patience is wearing thin as daily protests in various parts of Afghanistan continue. For example, in late October women took to the streets of Kabul demanding to protest against the closed school for girls while another one demanded reopening of schools and said that their rights should not be violated, reported Geopolitica.info.