A message to the world or patrol ops? 'Body' hanging from Taliban-flown US chopper surfaces in Afghanistan; watch video 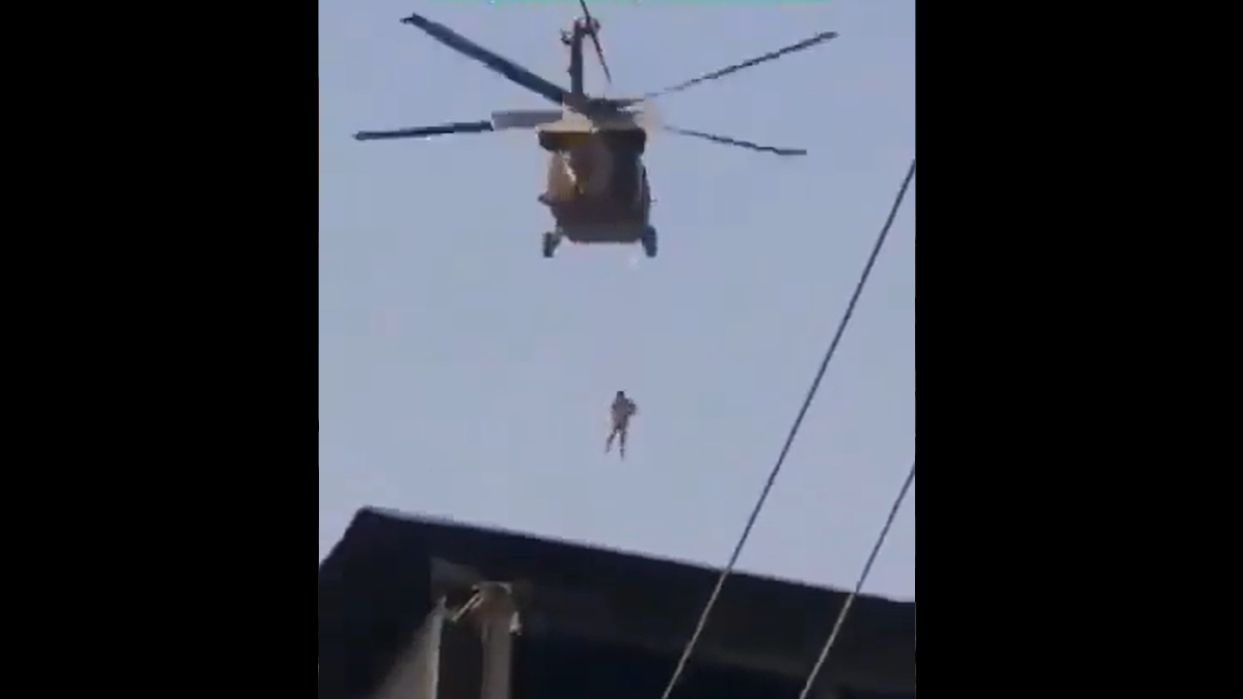 The last US soldier departed Afghanistan on Monday evening, hours before the August 31 deadline, putting an official end to the 20 year war that has raged in the south Asian country. Over the last 12 hours or so, the militants have been photographed exploring the abandoned US choppers, tanks and more. But as the Taliban officially takes charge of all aspects of government, some rather disturbing visuals have emerged.

In a now viral clip, a helicopter can be seen flying across a residential area with an individual dangling below it. Allegations on social media suggest that the man had been killed by the Taliban before they tied him to a US military helicopter and went out to patrol Kandahar province.

The claim has been shared by many including journalists, with some hittting out at US President Joe Biden for the rushed evacuation process and more. Others remain convinced that the man is alive and taking part in a Taliban initiated 'helicopter suspension training'.

The footage had been shared by the militant-affiliated Talib Times Twitter handle with the claim that the "Islamic Emirate’s air force helicopters are flying over Kandahar city and patrolling the city". With no official verification however it remains unclear exactly what was happening or when and where the video was shot.

While the US has left a fair bit of equipment and vehicles behind, much of it has been destroyed. Indeed, visuals shared online show Taliban leaders inspecting destroyed US helicopters at Kabul Airport, damaged tanks and more. According to reports quoting US officials, the American forces had wrecked dozens of aircraft and military helicopters, armoured vehicles and even a high-tech rocket defence system at the airport. Cockpit windows had been smashed, and aircraft tyres shot out.

It was not immediately clear how the US blackhawk chopper shown in the viral video had gone unscathed. On Twitter, many also wondered how the Taliban had garnered the necessary skills to fly the vehicles. It was postulated that at least some Afghan Air Force pilots have defected to the Taliban since the takeover.