She had won fame early in life as a child artiste, most notably in the 1951 hit, Deedar, in which the still-popular song Bachpan ke din bhula na dena was filmed on her

When I was editing a magazine in the 1990s, a rookie reporter told me how he discovered that interviewing stars was his calling in life. As children, his cousin and he would play a game based on Phool Khile Hain Gulshan Gulshan, alternately role-playing as host Tabassum and the star she was interviewing.

As Hindi television's first long-running chat show, Phool Khile Hain Gulshan Gulshan was a cultural landmark. It was powered almost entirely by host Tabassum’s warm and ebullient personality. With her extravagant hand gestures, gentle witticism, fluent sher-o-shayari and a probing, yet compassionate line of questioning, Tabassum had viewers agog as she interviewed dozens of popular stars, singers as well as lesser-known character actors. She fronted the show from 1972 to 1993 and inspired numerous chat shows that followed. Tabassum’s status as a film industry insider helped her provide insights into her interviewees’ personal and professional lives.

She had won fame early in life as a child artiste, most notably in the 1951 hit, Deedar, in which the still-popular song Bachpan ke din bhula na dena was filmed on her. Once she grew up, however, Bollywood failed to find roles to fit her talents. But the actress pioneered a new career in the still-nascent TV industry. This led to numerous gigs as a compère, innumerable shows, and even a final version as a popular YouTuber. 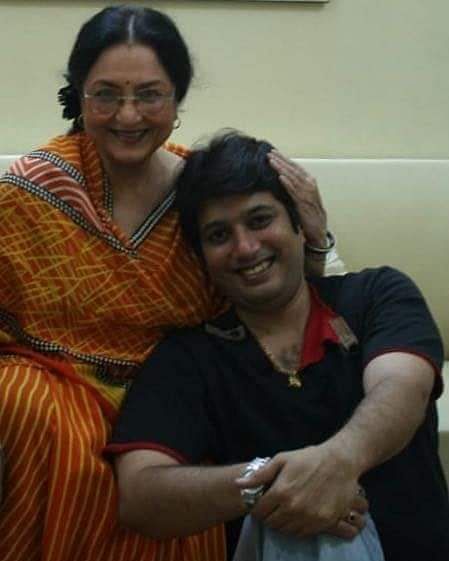 I would like to quote a sher by lyricist Hasrat Jaipuri to explain my relationship with my mom. He wrote:

I am a matra-bhakt (devotee of my mother.) My mother would tell people, “Call me Tabs.” She was full of life and loved talking — once she got hold of a mic she would not let go of it easily.

She was totally dedicated to her craft. My nani was critically ill when my mother was scheduled to interview Moushumi Chatterjee for Phool Khile Hain Gulshan. But nani insisted that mom record the episode and promised to stay alive till she returned. Recently, we were in a similar situation; this time mom was critically ill but insisted that I go for my recording and said, “Please go. I will be fine and waiting for you when you come back.”

She dabbled in all mediums of entertainment — cinema, TV, and audio. One day, when my mom confessed to being clueless about the internet, Shammi Kapoorji taught her to use the net and the next thing you know she is on YouTube with Tabassum Talkies. Mom liked challenges. In one of our many conversations, mom told me, “Promise me you will continue with the legacy I have passed on as you are my only son. And do not cry when I die. My name is Tabassum, which means smile. So don’t disappoint me.” 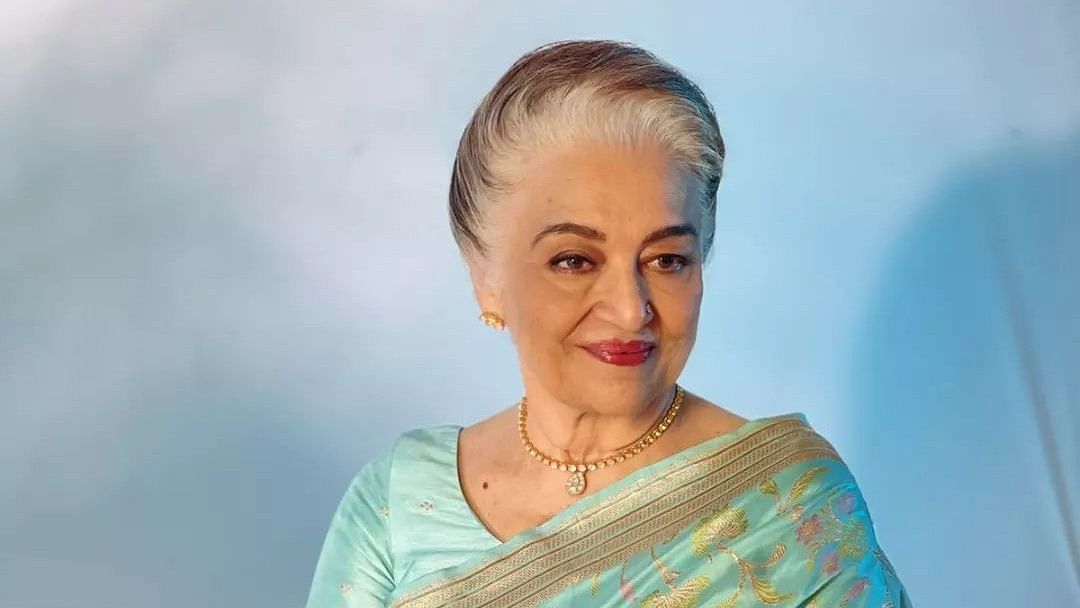 The last time I met Tabassum was when she dropped in at my house, casually, to say hello. Tabassum was a bubbly woman; full of vitality and positivity. It would amaze me how she could think on her feet. She also wrote beautiful shayari; I wish Hoshang publishes a book of her shayari.

I have been on Tabassum’s show. I found her warm, friendly, and dignified. She had a knack for drawing out people and make them speak cand-idly. Tabassumji was a compassionate soul. She empathised with people; not just with those whom she interviewed. She was not a ruthless journalist. She put herself in the interviewees’ shoes, interviewed them from their point of view, and was, therefore, able to understand them better. I met Tabassumji almost 25 years ago. I have travelled extensively with her all over the world as we did stage shows together. One of my favourite memories is when she was part of my birthday celebrations in Edinburgh. Our family bonding was special. She was a happy, caring, and cheerful woman who never gossiped about anyone or put anyone down. She enjoyed a good joke or anecdote, but behind all the naughtiness was a big giving heart. She was a pioneer in hosting and compèring. She is the benchmark for hosting TV shows and I don’t think anyone comes close to her easy charm and immense knowledge. I am blessed I did an episode of Tabassum Talkies recently.