Not everybody wants to retire. For many, it is a time to only retire from the mundane routine and take up fresh exciting challenges or just indulge in what they love. We spoke to some to know what retirement means to them
Dinesh Raheja 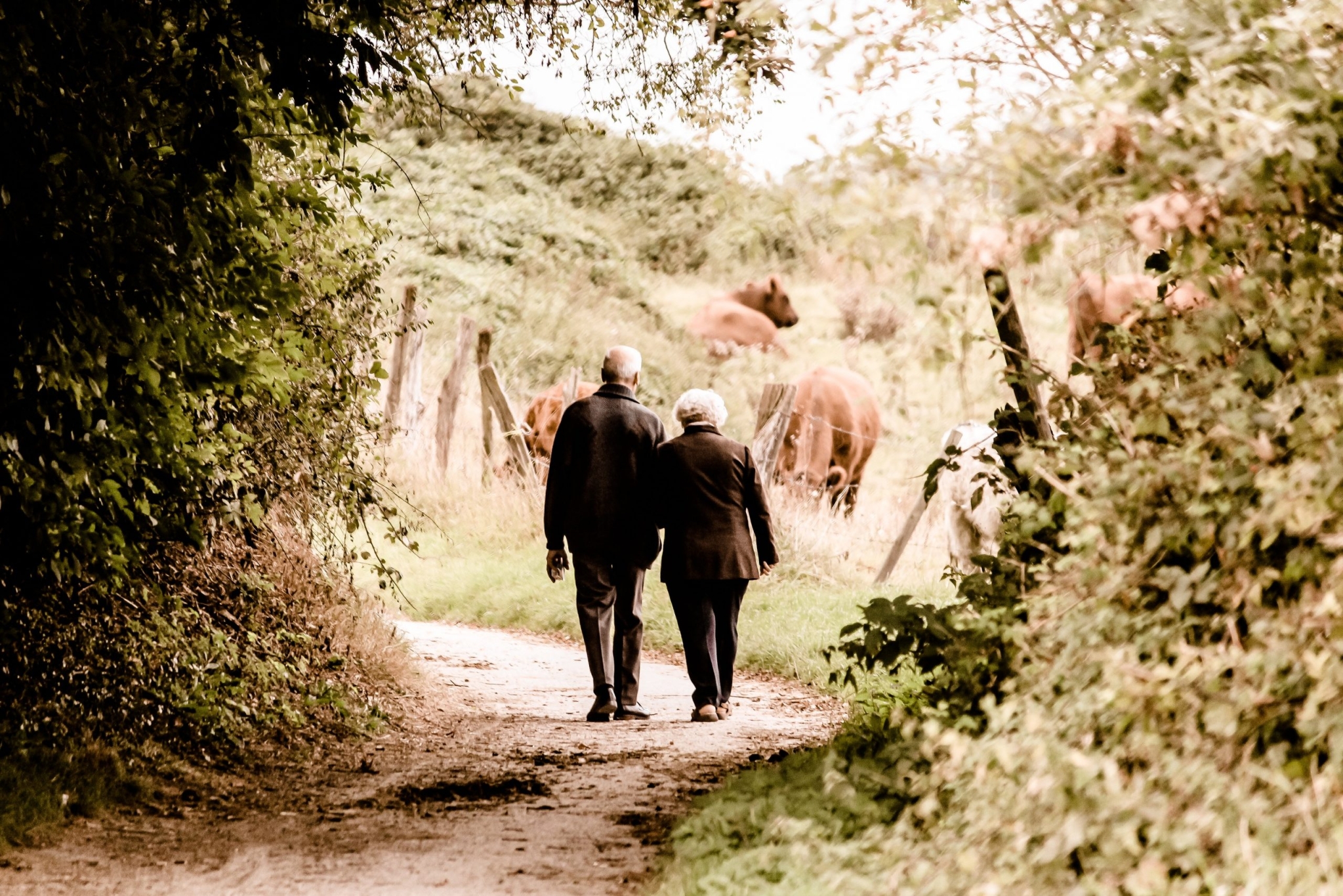 There are jokes and smart quips aplenty about hanging up your boots once the sedate sixties set in. But as any golden ager will tell you, it is decisively not funny business. Deciding whether retirement is a viable option for you or not entails a serious, potentially life-changing negotiation with self.

From demanding Delhi to mellow Mussoorie

Cradled in the cold climes of Mussoorie is a four-bedroom house with a panoramic view of golden sunsets and a grove of lush green trees. The house named Asaph, after the 6th century Welsh saint, belongs to 68-year-old Pramod Kapoor and his wife Kiran.

Founder and publisher of Roli Books, Pramod has handed over the reins of his business to son Kapil and daughter Priya and is living a contented retired life amid this sylvan landscape.

It was the pandemic that prompted Pramod to move bag and baggage to the verdant hills of Mussoorie. He had always loved the woods, wildlife and solitude, but his work in book publishing demanded staying in the metropolis and hobnobbing with diplomats and celebrities “especially during book releases”. Earlier, he would seek refuge from the frenetic life of Delhi and escape for a week to his house in the hills, but now it is his permanent abode. He flies down to Delhi twice a year, and at other times his children visit him in Mussoorie.

Pramod makes sure he remains physically and intellectually stimulated and has worked out a routine — brisk hour-and-a-half long walks; afternoons spent giving final touches to his pet project — a book on the naval mutiny of 1946; and intimate dinners with close-knit friends. “I also devote time to a local hospital and sometimes raise funds for them,” he says. 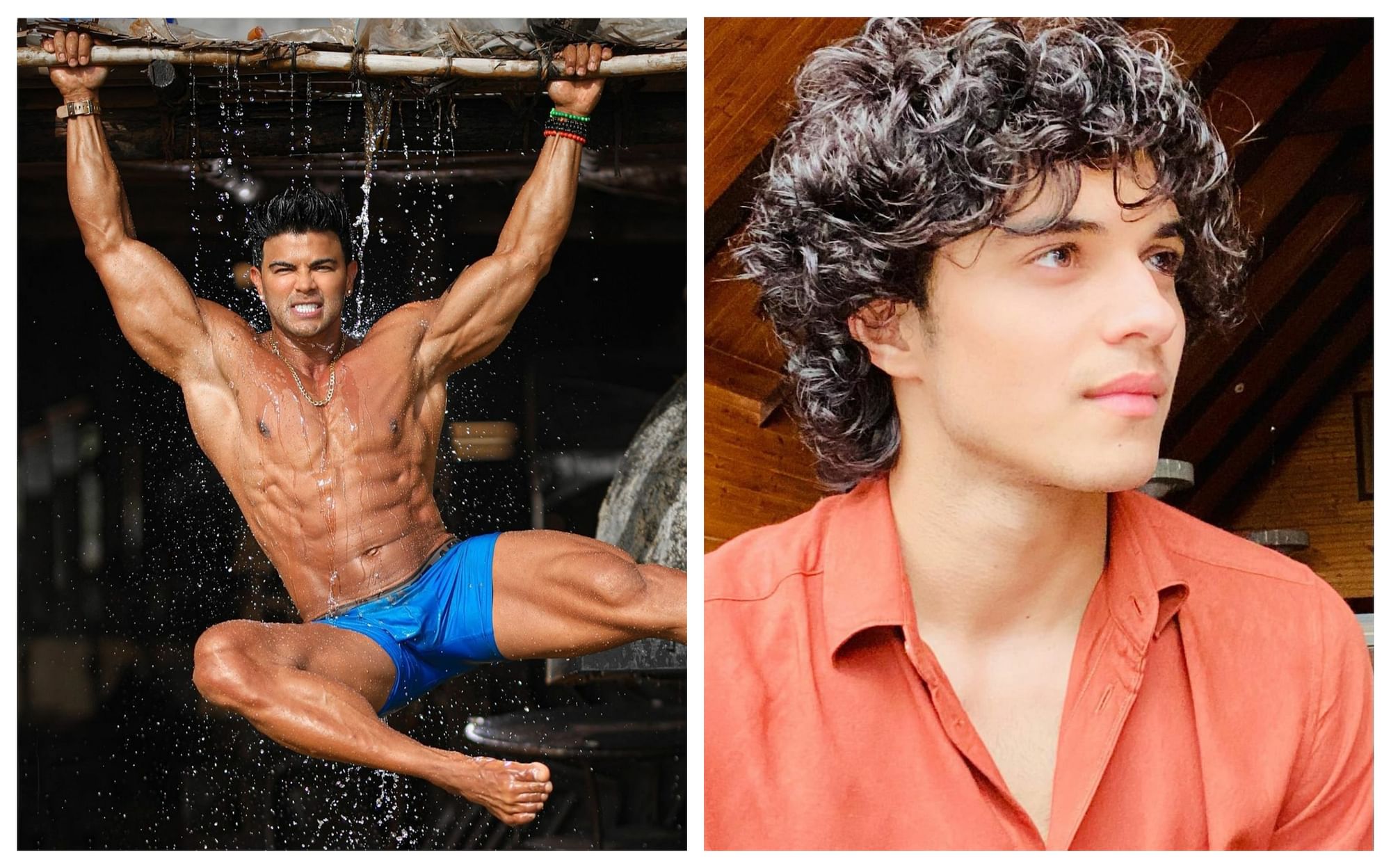 Is gym the only way to stay fit? 'Family Man 2' actor Abhay Verma and others share insights on...

At a time when ‘early retirement’ has become a buzzword for some Generation Xers, seeking to end their working life in their 40s, actor Shishir Sharma (he played Alia Bhatt’s father-in-law in Raazi) is still, metaphorically speaking, looking for fresh peaks to conquer.

The 66-year-old actor says, “My father would say, ‘As long as your hands and legs are working and your brain is intact, keep working’.” 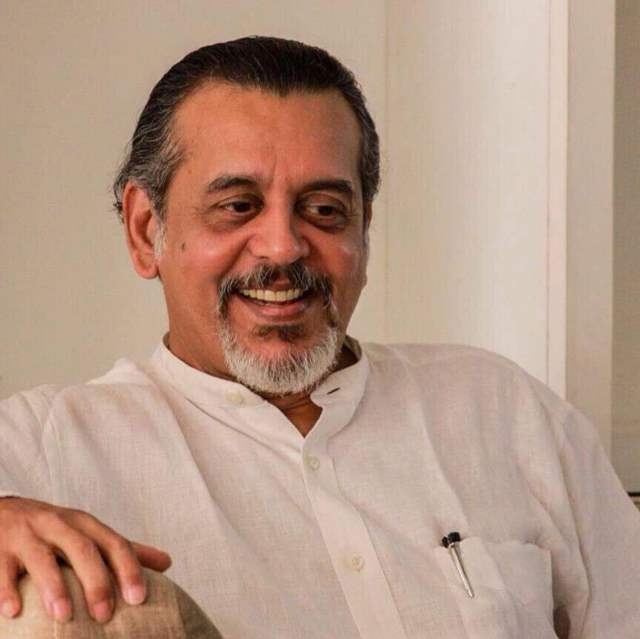 Sharma is happy that he is not in the ‘bahut-kar-liya’ mode. He says, “Once that feeling sets in, you want to sit at home and your mind starts stagnating. Like they say an idle mind is a devil’s workshop. I would rather face speed breakers than apply the brakes.”

Sharma gets tremendous job satisfaction and says he is motivated to do more each time he gets appreciation. The actor is all gung-ho about the four projects he worked on during the pandemic — “three short films and a feature film, Dots, which is about a dating app that virtually connects people so that they can discuss their lives without exchanging full identities”.

Sharma is a strong proponent of pursuing one’s passions unceasingly. He says, “It is not related to age. It is a stage where you can’t work and/or don’t want to. But if you don’t want to work, you have to make a contingency plan — Where will you live? Will you have a pet? Will you do gardening? When you are active, the mind and body stay young, you feel needed. For some people, old age sets in early and that is unfortunate. But for those who are still fit, you need to motivate yourself and do something. If not gym, then walk.”

Roma Changulani, 76, worked 9 to 5 in Bank of Baroda for many decades before she quit 20 years ago, four years before the official retirement age. She accepted the Voluntary Retirement Scheme like many of her colleagues and has no regrets. 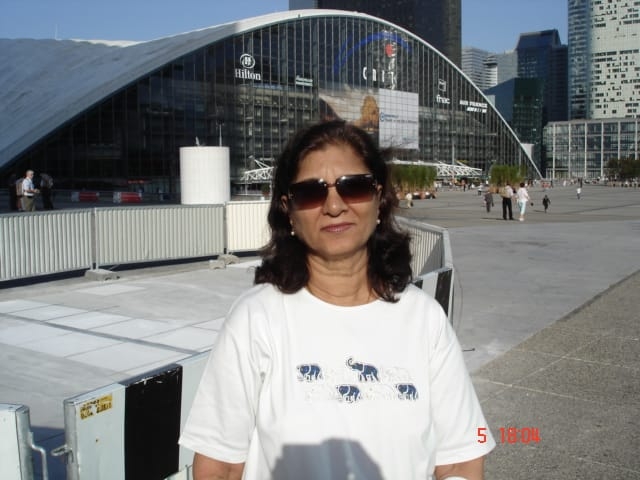 “I am very happy," Roma says, her sentiment complemented by her joyous voice. “I had my family, my son Jitin and daughter Priyanka, to occupy my thoughts and I made no plans for the future. I indulged in travelling — my son invited us to Paris, my daughter to London, and we travelled to places such as Dubai, Singapore, Bangkok, Pattaya as a family.”

Unfortunately, Roma developed a fear of flying a few years ago. She may not travel anymore but her innate joie de vivre has kept her in high spirits. She renewed her passion for painting post-retirement, and enjoys fine dining. She continues to meet her Bank of Baroda group of 12 friends for a weekly session of lunch, laughter and catching up.

‘I will never press the pause button’

A medical practitioner, Karishma Israni (56) pertinently says, “With the trend of working from home, what is the need to retire? You should never retire. I will never press the pause button.”

“Those who retire early, die early,” is Israni’s dramatic declaration. But she qualifies it with, “Unless you follow some other passion, some hobby … anything that fires you up.” Israni has been working for 30 years and she affirms, ‘I have no plans to retire at all. I will, hopefully, die with my boots on.” 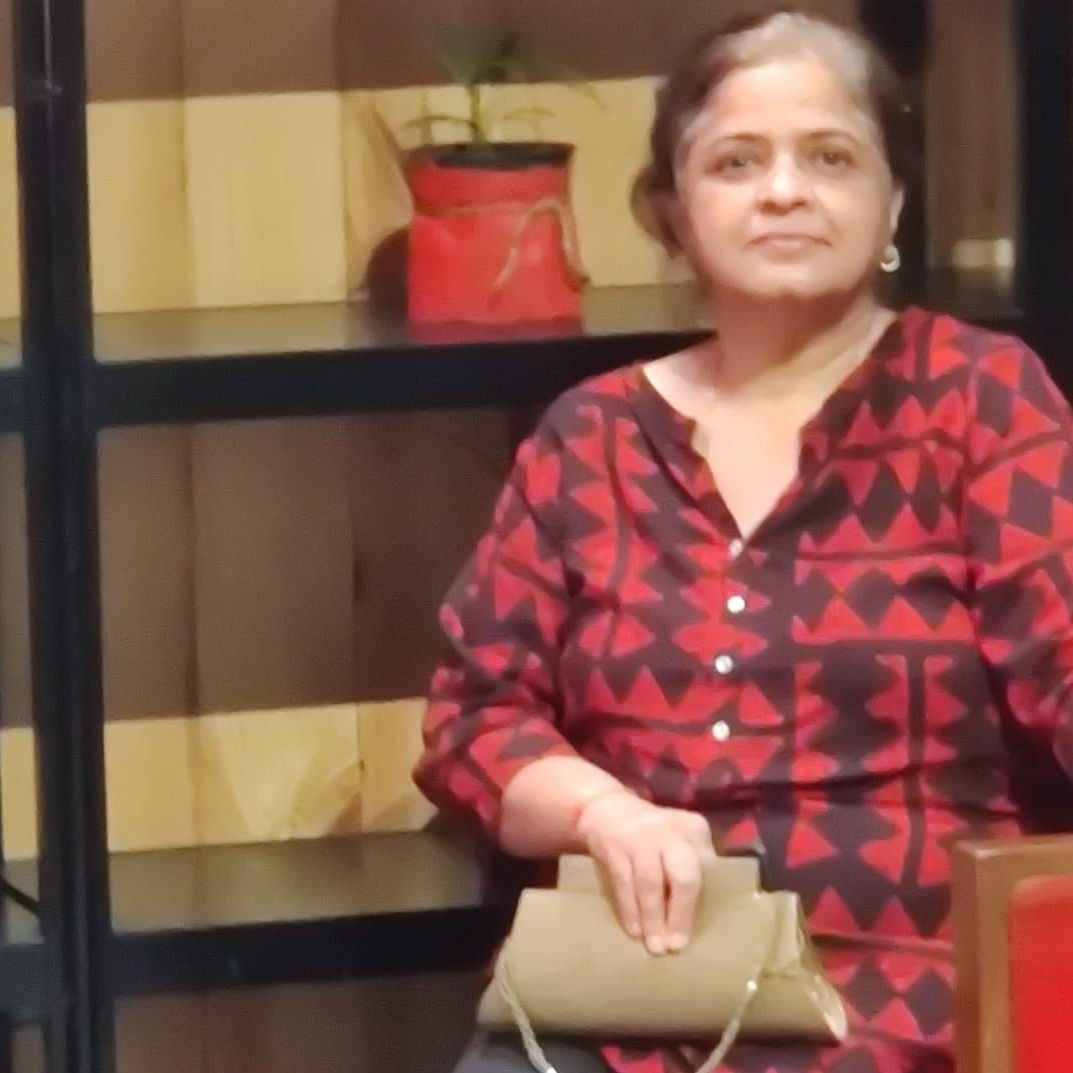 Now that her daughter Avantika and son Abhishek have flown the coop to pursue their career in the US, Israni has chalked out a schedule that suits her. She does her morning chores, watches TV for the stock market news, dashes to her dispensary and immerses herself in treating patients. Israni epitomises actor-filmmaker Dev Anand’s can-do spirit.

When the spirited Dev Anand was busy organising the premiere of the colour version of his classic film, Hum Dono, the 87-year-old legend told me, “Dinesh, you are friends with Sadhana (Dev’s co-star in Hum Dono), right? Why is she sitting at home? Tell her to come back to the studios’.”

Within a year, Dev saab, as he is popularly known, died with his boots on, in the midst of scripting the reworked version of Hare Rama Hare Krishna. His words, “Always look ahead, never behind” ring in my ears even today. 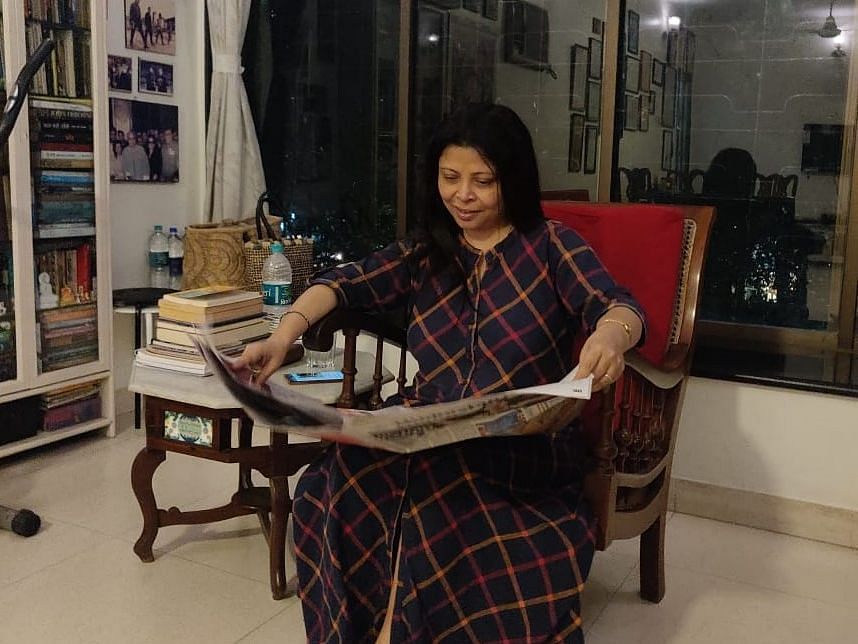 Meet the people who are keeping bad, toxic news at bay for the sake of their mental well-being