Tracking the trajectory of this once-simple sandwich, from cheap teen eat to a sophisticated luxury treat!

I’ll be very honest. I hated burgers throughout my childhood. Despite growing up on a diet of Archie comics where Jughead binged on burgers at Pop Tates’ Chocklit Shoppe, I had zero inclination to bung those mountains of bread and deep-fried patties into my mouth. I found them most sloppy and unappetising. Even the cute turtle-shaped buns of the burger at Sundance in Churchgate didn’t make the burger appeal to me.

That didn’t stop me from queuing up at the very first McDonald’s outlet in Bandra in the 90s to see what the fuss about the golden arches was about. But just like Shania Twain, I came away unimpressed.

The first burger I actually enjoyed was the fish o’ filet at Cafe Churchill, a little Colaba joint with a big footprint amongst foodies. Chef Hubert Fernandes, ex-Taj President, made delicious Western-style dishes affordable and accessible (still does today), and the pliant bun and tasty patty he created was one that made me rethink my stance on burgers. A bit. Over the years, burgers were rarely my first choice while eating out, although I did learn to respect them a little more. 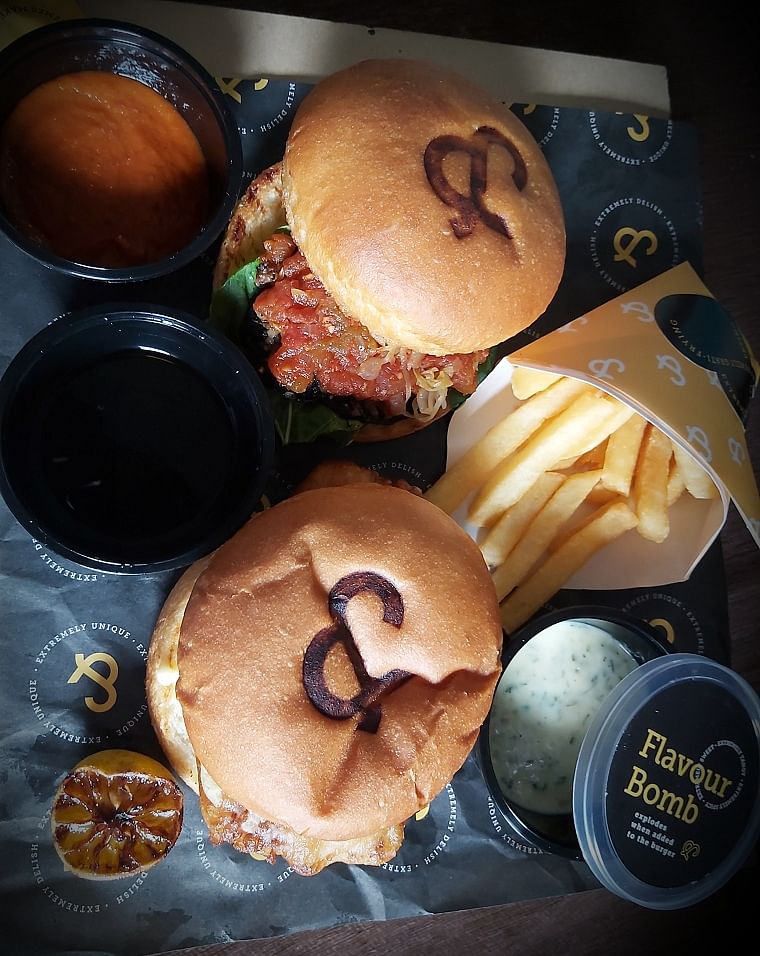 Signature styles from Bun & Only | 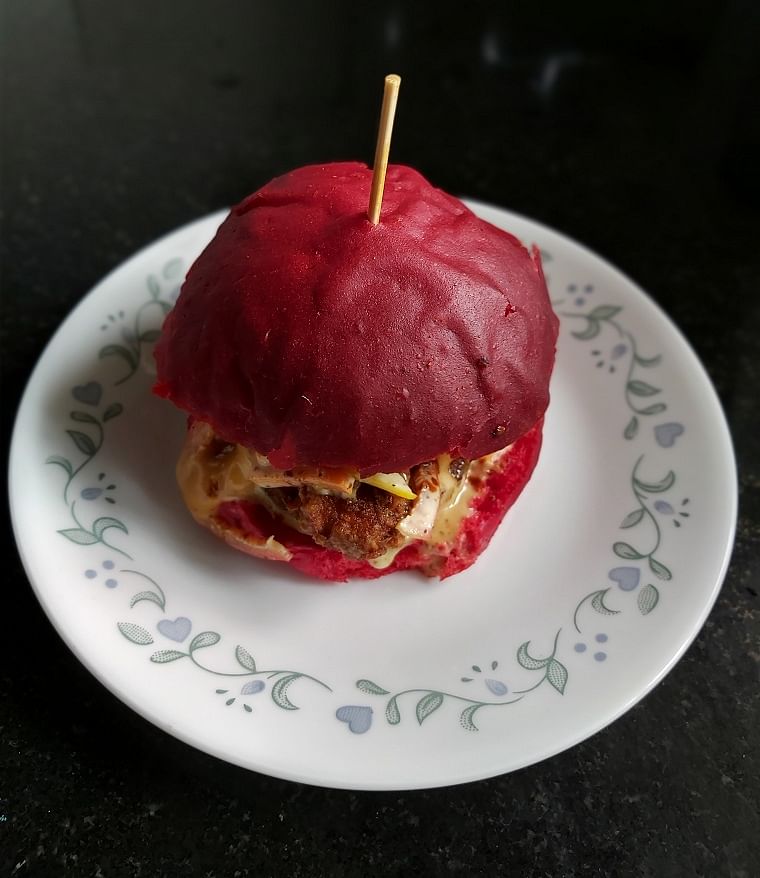 Burger buns can even be red or black |

In 2014, I was invited to McDonald’s bakery facility in Khopoli on a guided media trip to go behind-the-scenes and see just how much planning and effort goes into crafting the McD burger. Though much maligned for being mass produced, I did see why they’re so popular across the world. It’s a taste and texture that’s always reliable and relatively affordable. For budget travellers to exotic locales, they are also the cheapest and most familiar food option.

But there’s been a revolution over the past few years and the fact that McDonald’s India has launched a Gourmet Burger Collection (a classic Arrabiata Veg Burger, an American Triple Cheese Chicken Burger, and a McSpicy Premium Chicken Burger) in select outlets is symbolic of the change.

I noticed the dawn of this years ago at the erstwhile Hard Rock Cafe in Worli, where they had a fabulous one laced with blue cheese, definitely an acquired taste even among food-forward Mumbaikars. Perhaps it was something that made it to India from their global menu, as gourmet burgers spilling over with fancy fillings is an international phenomenon from circa avocado toast and cauliflower rice. Burgers everywhere have slowly moved from middling fast food looked down upon by critics to a more gourmet profile. Buns have to be soft, often multi-grain, and can be all kinds of colours, from the regular brown to red and even black! What goes between them has vastly changed too. Apart from the standard, cheese, chicken, paneer, potato and buff, there are now much more exotic options such as pulled pork, guacamole, jackfruit, etc. There are Asian or Japanese burgers, South American ones, and others with such a mixed DNA that even a genealogist would be hard put to figure their antecedents! But, on the whole, the rise and rise of unique burgers has been a positive trend.

Places such as Woodside Inn from Colaba, with branches in Bandra and Andheri, started an annual beer and burger festival. They took a classic combo and cleverly upscaled it (and their revenues) by combining craft beers and gourmet burgers.

Even a brand such as deGustibus, the company behind Indigo and the Indigo Deli chain, started its Indigo Burger Project in 2018. This QSR initiative offered specialty burgers at affordable prices. I loved them and complimented the business savvy Anurag Katriar, who heads deGustibus and is president of the National Restaurant Association of India (NRAI), on their taste and value proposition. He was proud and clearly ahead of the curve. Since the onset of the pandemic, many other food industry biggies have also found their salvation in burgers flipped from cloud kitchens.

For example, Bun & Only which opened in September 2020 — imagined by Sameer Uttamsingh and Shantanu Mohite and executed by Chef Gracian de Souza. It arrived at a psychologically perfect time when everyone was craving comfort food with an exciting twist. At first, I thought that nothing could taste better than their grilled Portobello Mushroom & Blue Cheese Burger. Until I tried their Black Bean & Guacamole creation! The trademark ampersand on the bun, every single component, accompaniment and condiment made in-house, these burgers completely caught my fancy. I actually pulled all kinds of strings to get them to deliver at my mum’s place far away for my birthday celebration because I wanted to share the love.

I had started actively seeking out and ordering burgers. Messy eating notwithstanding, they were now on my radar. In December last year, Nino Burgers arrived with a bang with a very satisfying Truffle Buff and Brie Burger. And then, Impresario Handmade Restaurants, owned by the awe-inspiring restaurateur Riyaaz Amlani, came up with oomphy Boss Burgers in early April, that lived up to the boss man’s innovativeness and attitude. The hearty Truffled Three Cheese Tenderloin and the piquant Piri Piri Veggie Burgers have since become regular orders in my home. Amlani has his finger on the pulse of the people, and if he says burgers are boss, then they are on trend for sure.

Read Also
The Hungry Happy Hippy: Unusual foods... Can eating give you an adrenaline rush? 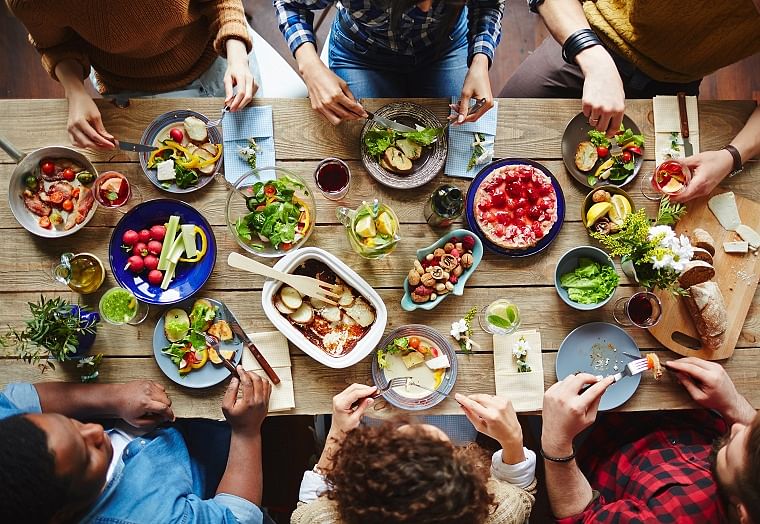 The burger stakes have clearly been hotting up. I was just wondering what would come next, when Zorawar Kalra, another serial restaurateur and owner of Massive Restaurants, messaged me about his all-new Louis Burgers, named after Louis Lassen, arguably the creator of the original hamburger, a product that Kalra is deeply passionate about today. Trust him to take the humble burger to a whole other level of luxe, because he has created limited edition burgers, encased in beautiful black boxes, that are not only the epitome of sophistication when it comes to gourmet ingredients (think shimeji mushrooms, Korean gochujang, and even actual, shaved truffles!), but they are even bedecked in gold warq (edible beaten gold)!

Talk about humble buns having their time in the sun.

Read Also
The Hungry Happy Hippy: Of fika breaks and newspapers... Daily rituals play an important role in our... 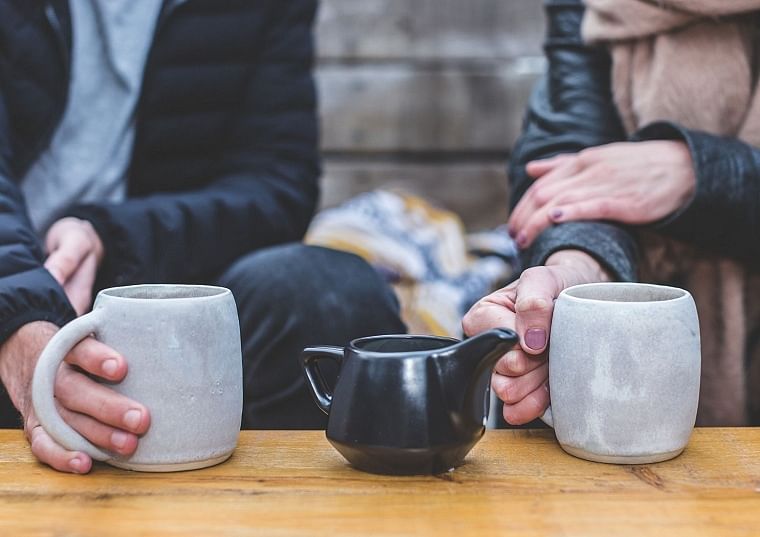