Advertisement
Home / Weekend / Feminism and India: Do we really understand the concept?

Feminism and India: Do we really understand the concept?

With Bombay Begums showcasing women’s issues and the views shared about it, one realises feminism is still misunderstood. FPJ writer finds the need to talk about feminism in India

Recently, Bombay Begums ignited the conversation about portrayal of women and their issues on-screen. While some applauded them, others thought it was not presented well. In India, feminism is still a misconstrued concept. Read any story on women and feminism in news or social media. The comments esp. from men reveal an underlying need to talk about feminism in India.

For Himani K, Counselling Psychologist & Founder – Chaubara: A Mental Health Initiative, feminism as a movement is all about equal opportunities and access for all genders, keeping in mind that historical systematic oppression of women. “Ideologically, feminism as we see now, talks/should talk about how women are not monolithic but have other identities too, which decides how they fare through the world. Feminism is about understanding that when women face discrimination because of being women, that their gender itself is used as a tool in the system of patriarchy to oppress them; and then taking active measures in big and small capacity, in thought and in action, against it.” Celebrity life coach Anamika Yaduvanshi explains, “Usually what happens at workplace and home front also is that boundaries are drawn for women. Our constitution does not differentiate between men and women, but our society does. In all the fields, women are paid less than their counterparts and the reason given is that they are less efficient, which is not the truth. Their basic right to have good physical hygiene during menstruation is denied. To me, feminism means when a female can openly announce that she is going through her menstrual cycle and people respect her for that. When she can take care of her old parents even after marriage, house work is divided equally among both the sexes. Considering each other equal support partners in life is feminism.”

Himani feels India is way behind in terms of gender equality. “We hear famous people and people in power still propagate exceedingly dated and problematic views about gender roles, blaming the victim for gender-based violence, limiting women’s rights every other day. There is still hope in what activists are standing up for and what everyday women stand up for when they make way in this system; by working and resting, by demanding more and supporting each other.”

Ayesha Chenoy, Founder of RepIndia, narrates about feminist beliefs generally being maligned by both sexes not keen on equality of the sexes. “They prefer a dominant patriarchal narrative. I know many men who are feminists, irrespective of their gender because what they believe in is that women should be given equal rights. It’s like democracy. It rises over and above the gender debate! Unfortunately, I also know a number of men and women, who use the word feminism as some sort of a slander to dismiss a very legitimate point made about the inequality of pay, and the state of women in general.” International Women's Day 2021: ‘There have been attempts to break me... but those attempts...

Anamika truly thinks things are changing. “India is a place where sati was mandatory before Raja Ram Mohan Rai fought against it. From there to today, women have made their mark in every field. However, sad part is that they have to go through the trauma of judgements in their work because of being a woman; they are often told that they are not strong enough to take big responsibilities. They are expected to take care of the family responsibilities even if they have demanding work schedules. Earlier when women didn’t work outside homes, feminism was just a coffee table discussion but now, females have begun to expand their horizon. It’s now up to men to adjust to this new woman.”

Social media has given the anti-feminist thoughts a platform. Reactions on women-related news reveal an undercurrent misogyny and lack of knowledge. Ayesha thinks, “It’s so ingrained they don’t even realise it. And it very often comes from both the parents and the social construct.”

Himani calls this outburst as a classic example of ‘feeling threatened of losing your privileges’. “Men or anyone in power who realise that feminism talks about them giving up on their entitlements and well-deserved space to women in a world where patriarchy has taken it from them, acts so shaken up because of this fear. Desi/brown cultures haven’t been very kind to the womenfolk for centuries. So it’s natural that there would be resistance to the change.” From Pizzagate to 9/11 Twin Tower Attacks: Here's how to deal conspiracy theories
Advertisement

“At work place, often the narrative is that women don’t fit a certain role or progress at best, based on the favour to their gender and at worst, sexual favours,” she adds. “It’s unfortunate because research goes on to show how few women get paid for their labour, how the wage gap is immense, how many women face sexual harassment at work, etc.”

Anamika negates the view that women seeking equal rights want to control men. “When women do get equal rights, then they will be independent financially, emotionally and socially. People, who feel that feminism is destroying Indian culture, actually want to control women. Women are asked to work outside their homes but their freedom is always rationed.”

Himani feels much work should come from feminist men. “Women are becoming more aware and really it’s the men who would have to show the initiative. Rather than asking women to fight for their rights, it’s important that men teach their fellow men. Push the limits in their families and work places about safe equal spaces. More change is expected from men online and offline.”

Anamika wants men to know that men and women are not competitors. “If we want our civilisation to flourish, then both men and women have to contribute equally. When a woman is the janani — the creator of life — then if she flourishes, the entire human kind will flourish. Let her be, set her free!”

“If you have a woman in your life, then frankly treating her with equality or respect means that you are a feminist,” states Ayesha. “I think the media needs to be more sensitive, which I have noticed they increasingly are. Schools and universities need to educate every single person on a myriad of topics. That’s how we as a nation will change our narrative.”

Author Mary Shelly’s quote truly defines the feminist movement: “I do not wish women to have power over men; but over themselves.” 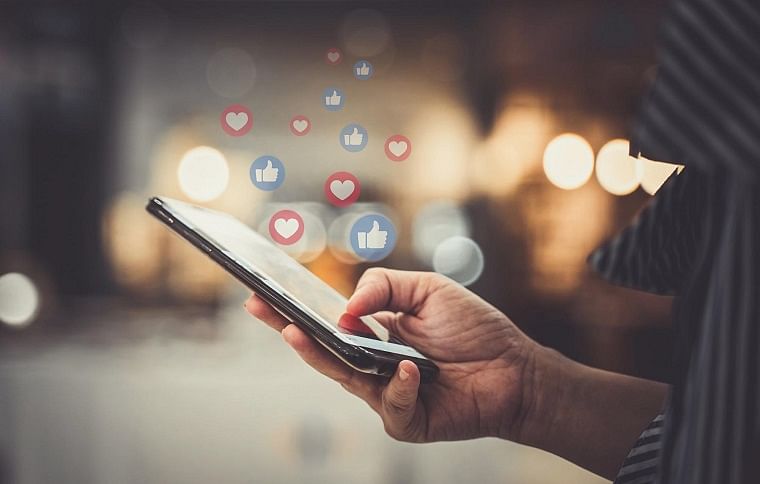 From online groups for dietitians to media professionals: How technology is helping people cope in...