As shuddersome as the very act that snuffed out the life of a young woman.
Sumit Paul 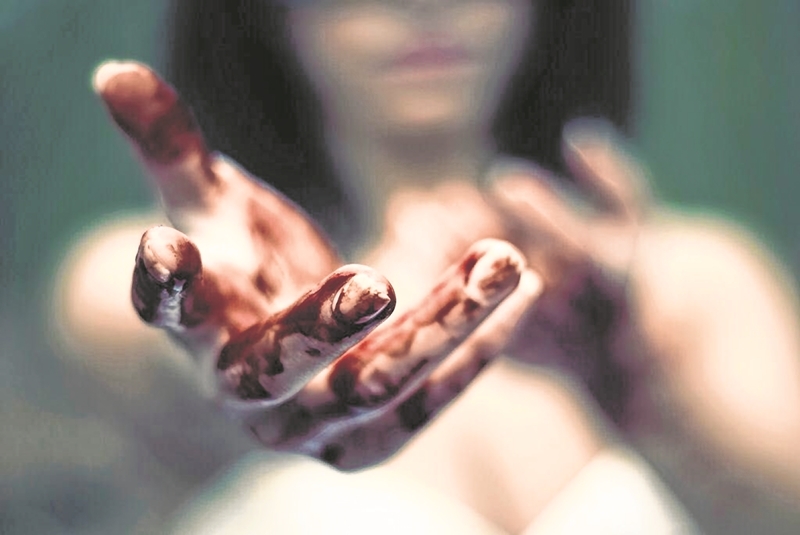 I’m still having a gall and wormwood feeling following the premeditated ‘encounter’ of four alleged rapists and killers of a vet in Hyderabad. No sane and sensible person could approve of such extrajudicial killings. The very thought is shuddersome.

As shuddersome as the very act that snuffed out the life of a young woman. The miasma of the rape and murder and after that, murder of the accused can still be palpably felt. Instinctively, we all have shown our true colours.

The way people gloated over the killings of the alleged rapists and sang hosannas in praise of the 'efficient' and trigger-happy cops, one feels that humans' basic instincts of revenge and violence haven't subsided, despite our so-called ‘evolution’. There is a telling passage in the Russian great Fyodor Dostoyevsky’s Crime and Punishment.

The general tenor is that a criminal act must entail punishment to the perpetrator/s with the same intensity. This is wrong. Tit for tat is not applicable to crime and its execution.

Because, while crime is a mindless act, punishment cannot and shouldn’t be mindless. In other words, a punishment can be edifying (for all; even for the perpetrator/s) but not necessarily exemplary or gruesome on all occasions.

But unfortunately, neurologically ill-evolved human brain (not mind; mind is an intangible entity) rejoices in summary justice and approves of kangaroo courts.

Mind you, the people of entire nation vulturing over these encounter killings are not exactly sympathetic towards the victim. Their sympathy is, what’s termed in Behavioural Psychology, ‘Sudden Situational Sympathy’.

And ‘Sudden Situational Sympathy’ is often transient and fast-fading. In our quotidian existence, any act of social violence jolts us out of our slumberous state of mind. Our collective attention gets diverted to that incident as has happened in Dr Priyanka Reddy’s rape and murder.

Killing is justified and juxtaposed with the killing. It’s a Full Circle for the commoners. This is an extremely crude interpretation of criminal punishment that the masses believe in.

Though refined brains may balk at it, how many of us possess a refined and evolved brain? Isn’t it a million dollar question? British Social Scientist Alan Bryman’s ‘Mass-mania Execution Syndrome’ explains this gory phenomenon.

Bryman quoted the French emperor and General Napoleon Bonaparte while propounding his theory in modern criminology: “Humans are abnormally in love with blood, regardless of whose blood it is...”

Though casually written to Josephine, Napoleon’s epochal observation sums up our blood-thirstiness. Humans are sanguinary in nature. That’s why, macabre spectacles of public beheadings and executions have always attracted spectators in droves.

This may sound bizarre, even objectionable to some, because we are under the impression that we have evolved and are educated. Sorry, we are still not evolved. Sigmund Freud called it a ‘Latent Disemboweling Syndrome’ (LDS), that regulates our thinking and hardens us towards violence and bloodshed.

Our society has become opaque to feelings and impervious to emotions. The idea of instant gratification subsumes all our actions and reactions. It also spills over our collective desire to punish a perpetrator. And the result is before you.

People are distributing sweets and women are tying rakhis to the ‘competent’ police officers who eliminated four rogues. This is a rank embarrassing sight. Irony

is that, the same ‘competent’ cops were being castigated immediately after the rape and murder for being so casual and irresponsible.

Overnight, they became heroes for their Robin-hood type justice. See, how public perceptions change like quicksilver. That’s the reason, the inordinate joy evinced by the people of this country over the cold-blooded killings of the rapists is something that doesn’t bode well for a healthy society and its members. It’s time to ponder, nay introspect.