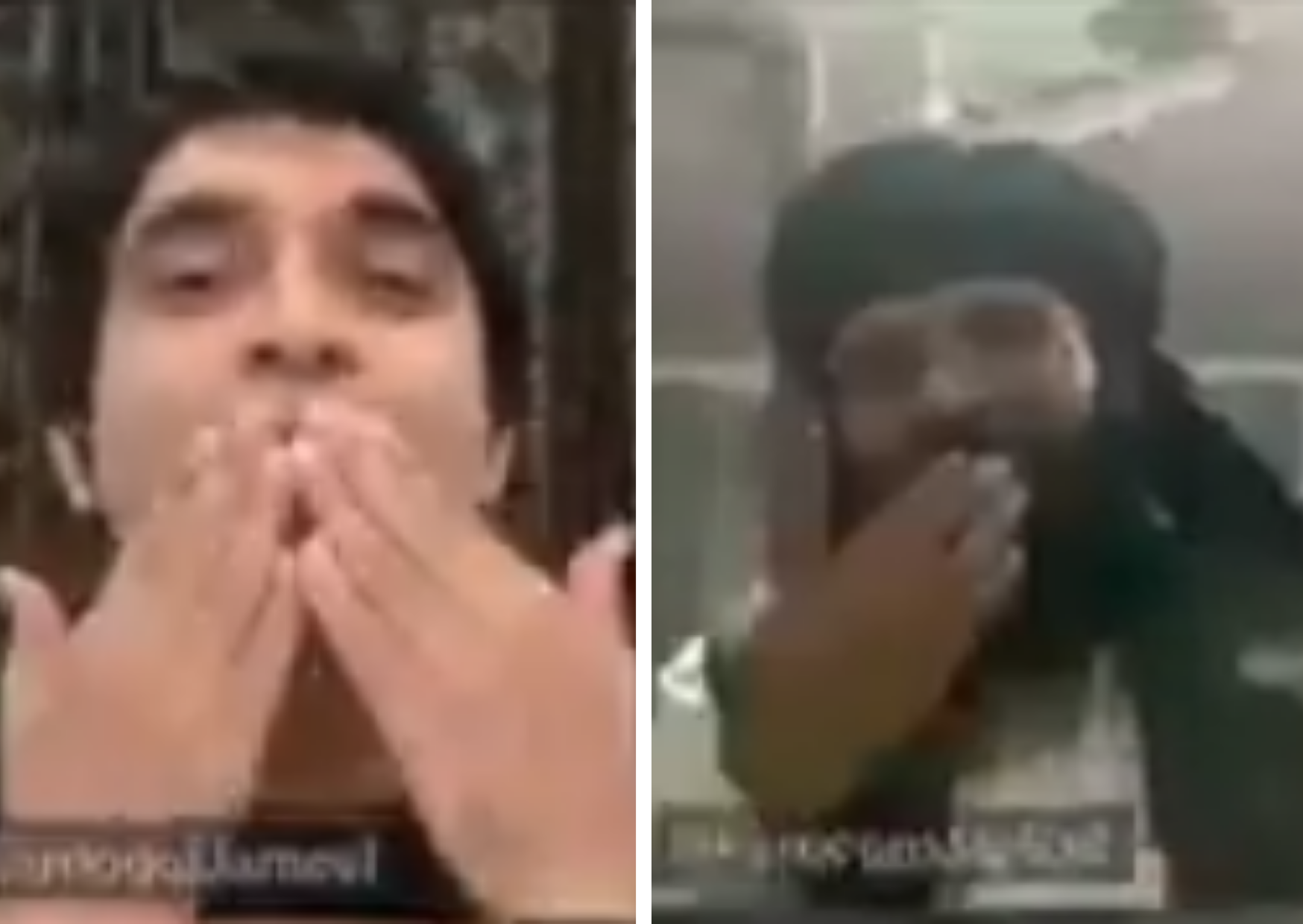 The video is a edited version by a TikTok user, later shared on Twitter to invite cringy and witty comments. The video shows the two conversing over an online video call where the journalist has logged in as 'Farooqui_Jameel while the other has joined as 'Suhail Shaheen_Spokesperson AFG Government'.

The short clip appears to be leaked from their private call which was just about to conclude. In the video we see Farooqui thanking the spokesperson by saying, "Shaheen bhai, bahoot bahoot shukriya..." followed by him sharing flying kiss towards Suhail Shaheen. To this loving gesture, Farooqui gets reciprocated with a flying kiss.

A terrorist and a so-called Pakistani journalist exchanging flying kisses. The journalist told the Taliban leader to invite him to Afghanistan for special covering. But journalists in Afghanistan facing humiliation & torture & several lost lives and jobs.
pic.twitter.com/DejuKpVKsd

The viral video soon gets muted when the journalist remarks towards Afghan-Taliban government and their functioning in the region. Yet, the two are seen having a great, affectionate talk wherein Farooqui mentions of him being available to travel their when required and likely to cover the government's achievements and valour.