Mumbai police were several times through the year appreciated and looked for its edu-taining youth friendly posts. 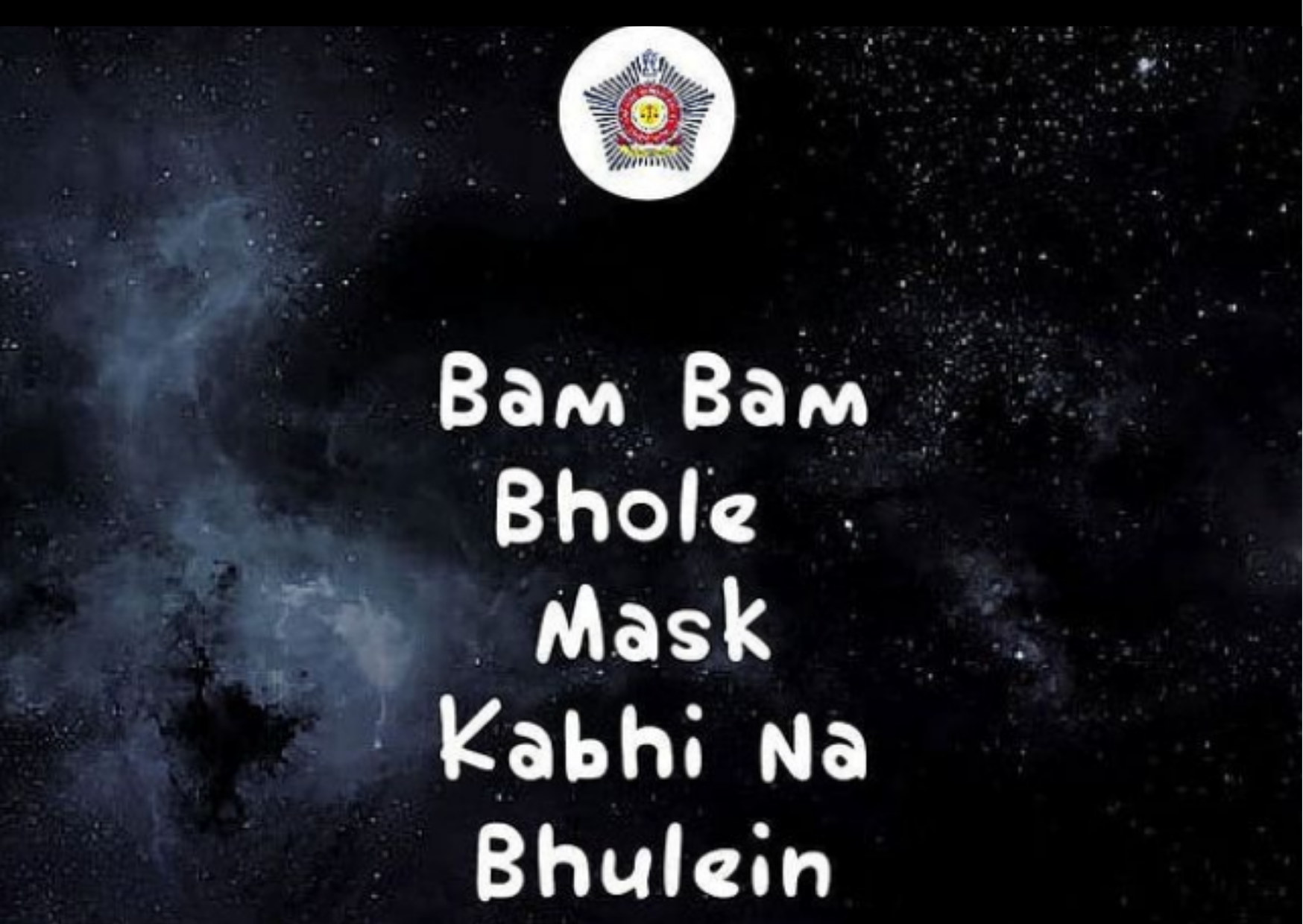 If you are social media user, you couldn't have missed the interesting posts by the Mumbai Police. The force took to prove and project an image that they are friendly and approachable through their relatable posts. Though the posts talked on serious and vital issues, the police team were super creative in keeping them engaging, educative and entertaining.

Several have tuned and liked the approach of the social media team of the Mumbai Police for being trending and apt. From witty posts about wearing masks in the pandemic, ensuring road safety, to those about setting strong passwords, advisory posts have kept many netizens educated and entertained throughout the year.

With soaring cases of the novel coronavirus, Mumbai Police in February took to come up with subtle warnings ensuring public welfare. It advised citizens to protect themselves against the virus with masks and hinted in a trendy way about the fine levied if failed to do so.

The post was captioned, 'A mask saves a lot more than just your money!' and was followed by hashtags that read 'WearAMask' and 'MaskIsMust'.

Also, the post had used the avatar craze prevelant on social networking sites those days. This post garnered over 75K views through the year end.

In a post this November, the Mumbai Police took to get witty to spread the idea of 'No Drink and Drive'.

Viewers simply loved the way the message was putforth to the public. It was made so relatble and fun to read that it might have influenced several to follow the rule.

Remember the buzz around the globe about WhatsApp being unsafe due to its updated terms and policies? That was the time when Signal App was looked as a key alternative along Elon Musk pushing it.

Holding to this scenario that took place in January, the post curated and shared on social media by Mumbai Police was subtle and sighing. It was a pun-like strategy to play with the word 'Signal', the police force took it be addressed with reference to the traffic signals on road.

The post was a screenshot on Elon Musk's tweet which read, 'Use Signal', to which the Mumbai Police wrote in the caption, 'especially the ones on the streets.'

As the Squid game drama series was attracting eyeballs across the globe, the team thought to tweak and use it for public awareness. What was the post all about?

The post was a small clip the Netflix series where we see the characters ready to race. The characters are waiting for the countdown to stop so that they can begin to run. With similar means and idea, the team just metaphorically represented the racers to be drivers - reminding them to calm their vehicles at the signal countdown.

The post was captioned, 'You are the ‘frontman’ of your ‘game’ on the road: you can save yourself from getting eliminated. Stop at red lights.' This was followed by hashtags which read, 'SafetyNotAGame'.

On this post syncing with the Squid game, we see the netizens react in the comment section to call it a 'savage' approach to spread the road safety message. Check the reaction here:

A little boy, Sahdev, from Chhattisgarh had gone trending on the Instagram platform for him singing the song 'Jaane meri jaanemann Bachpan Ka Pyar Mera Bhul Nahi Jana Re'. To this even the state's Chief Minister Bhupesh Baghel felicitated him along he getting fame from popular rappers and music artists.

The Mumbai police took to social media with a witty post creating awareness on password safety, they used this trending song to hint on keeping strong passwords and keep it a secret just like one wouldn't reveal about their childhood crush.

The caption read to amaze netizens, 'Was your bachpan ka pyaar a secret? Then your password might still be safe. Just add a few special characters to it!'

To break the silence and bring awareness towards drug abuse, the team cleverly used the pun-style of the word 'hash'. The creative illustration shared adviced to use the social media hashtags and to not involve into the intoxicant hash.

'This 'hash' is not what we had in mind when you said the reach is 'organic',' read the caption of the witty advisory post.