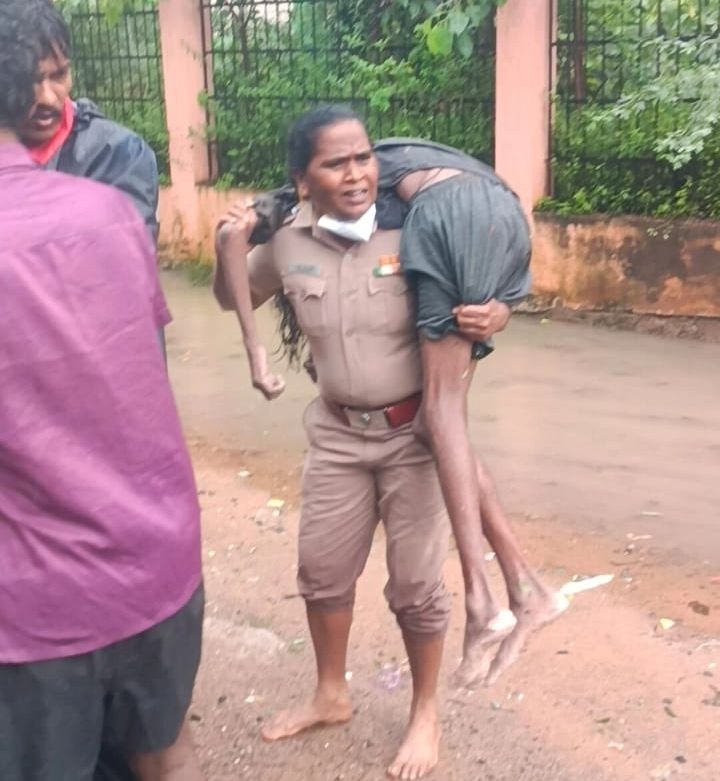 A video of lady inspector E Rajeshwari carrying a man on her shoulders who was lying unconscious at a cemetery in the TP Chatram area of Chennai during incessant rains has gone viral on social media.

According to reports, the 28-year-old man was found unconscious at a cemetery as heavy rains hit several regions of Tamil Nadu on Thursday, leading to flooding in many areas of Chennai. Police said trees were uprooted in places like Egmore and Perambur.

In the video, the cop can be seen carrying the unconscious man on her shoulders and rushing to a nearby hospital in an auto. As the video went viral on social media, netizens praised the inspector for her selfless efforts towards the public

Heavy rain continues to batter Chennai and parts of Tamil Nadu, with air, rail and vehicular traffic affected, and roads, homes and hospitals in low-lying areas flooded. 'Red alerts' are in place for 8 districts, including Chennai, and Puducherry.

A depression over the southwest Bay of Bengal is moving towards the state's northern coast. At 2.40 pm it was 80 km east-southeast of Chennai and 140 km east-northeast of Puducherry. It is expected to move west-northwest and cross sometime this evening.

At least 14 people have died in rain-related incidents across the state, a senior official told news agency ANI.