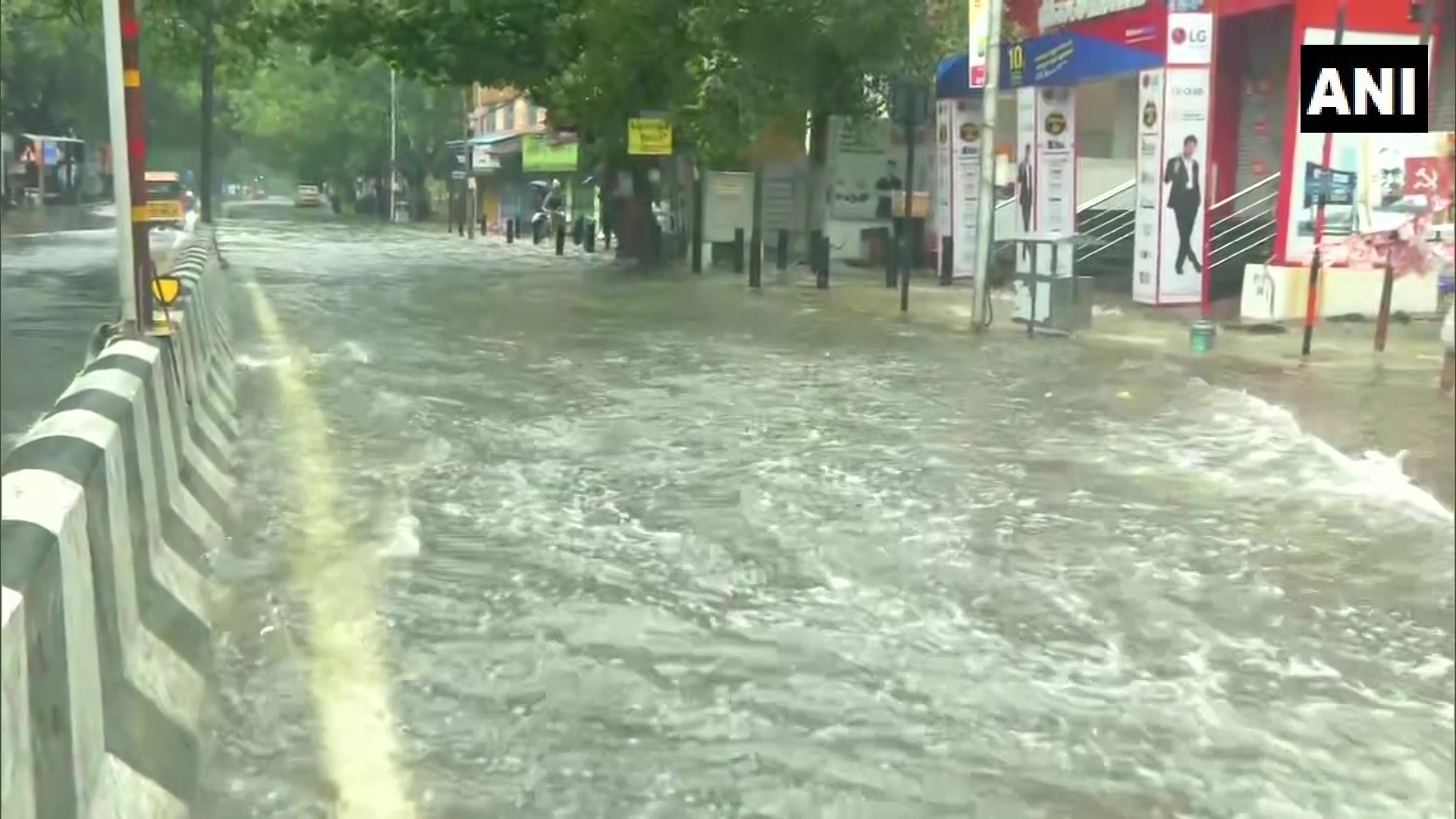 Heavy rain continued to lash Chennai on Thursday morning since the previous night due to the depression over southwest Bay of Bengal, which according to the IMD is expected to cross northern Tamil Nadu and the adjoining south Andhra Pradesh coasts by the evening.

The India Meteorological Department (IMD) Chennai said that extremely heavy to heavy rainfall is likely to occur in six districts of Tamil Nadu on Thursday.

"The Depression over southwest Bay of Bengal lies about 140 km southeast of Chennai. The Depression will cross between north Tamil Nadu and south around Chennai by Thursday evening," IMD Chennai's Deputy Director-General S. Balachandran told news agency ANI. He further said that strong winds will prevail and "extremely heavy to heavy rainfall likely to occur in six districts".

At least 12 people died as heavy rains lashed Tamil Nadu over the past about three days.

Heavy rains continue to lash Chennai and its nearby areas on Thursday morning, affecting vehicular movement and causing waterlogging in the city.

Incessant rain caused water-logging in several parts of Chennai including the areas of Nungambakkam, Sterling road, KMC Hospital road due to heavy rainfall.

The office of Divisional Railway Manager of Southern Railway, Chennai on Thursday said that the majority of the services from MAS to Tiruvallur had been suspended due to waterlogging of tracks at Avadi and Ambattur.

"Dear passengers, due to waterlogging of tracks at Avadi and Ambattur, most of the services from MAS to Tiruvallur have been suspended. There are delays on the north side towards Gummidipoondi due to heavy rains between Tiruvottiyur and Korukkupet. Please plan travel accordingly," said DRM, Chennai.

The low pressure area on November 9 over the southeast Bay of Bengal turned well marked on Wednesday morning. The weather system is expected to bring rainfall in Tamil Nadu over at least the next two days.

The rainfall is expected to be scattered, heavy, very heavy and extremely heavy in specific regions and light to moderate in most other places. On Tuesday, there was a decline in rainfall here and nearby northern regions.