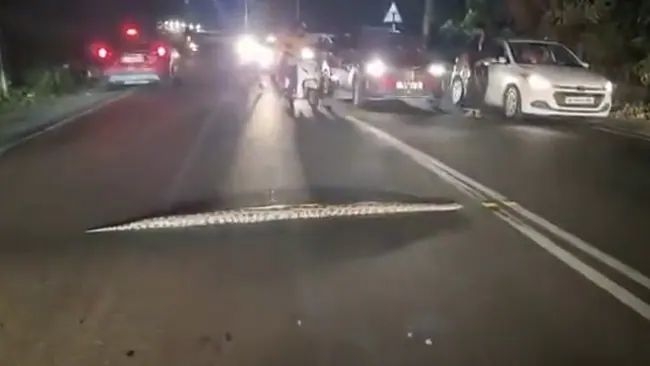 Heavy traffic jams are a common sight on most Indian roads and can cause the most patient people to get irritated. However, there are also some incidents where people have displayed great patience when needed. A great example of patience and kindness was witnessed recently in Kochi, Kerala, when a nearly 6.5-foot-long python broke out of a roadside bush and crept on a busy street in the city. People stopped their vehicles to let the Indian rock python, a non-venomous reptile, to cross the road in peace.

The incident took place on the busy Seaport-Airport Road in Kochi on Sunday night, according to the New Indian Express.

A video of the scary incident was shared on Twitter. The video shows several of cars and motorcycles parked in the middle of the road so that they don't harm the python while it is crossing. Some of the commuters can also be seen standing quietly, watching the snake move across the road. On reaching the other end of the road, it vanishes inside the bushes.

Speaking on the incident, a forest department official, who is part of the animal rescue team, told the New Indian Express that snakes, especially pythons, have been spotted frequently in Kochi for the past 3-4 years. The official further added that two to three times a week, they get calls to rescue pythons from the city and neighbouring regions. As Kochi has a lot of swampy ground, pythons have an easy time surviving. They eat rats, which are plentiful in this region. 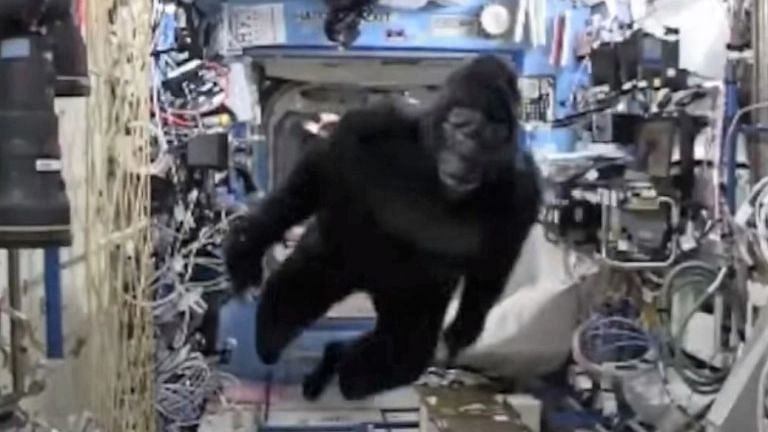