Uttar Pradesh: Bride calls off wedding after groom throws varmala at her in Auraiya

The incident was reported from Naveen Basti under the Bidhuna police circle.

A bride in Uttar Pradesh cancelled her wedding after the groom threw the varmala at her, instead of putting it around her neck, Times Now reported.

The bride, from Auraiya district, refused to tie the knot with her groom after getting upset with his behaviour. The incident was reported from Naveen Basti under the Bidhuna police circle.

After the bride refused to marry, both the families got into an argument.

The groom however denied having thrown the varmala.

The families tried to convince the bride to continue with the wedding rituals but she was firm in her decision.

The police were called to sort out the issue.

Both the families returned the exchanged gifts before parting ways.

In another similar instance last year, another bride from UP had called off her wedding after discovering the groom was uneducated.

The bride was suspicious of his educational qualifications and had asked him to recite table of 2, before the garlands could be exchanged.

The groom failed to recite the table and the marriage was called off. Just as the wedding was about to be solemnized, the bride walked out of the mandap, saying she cannot marry a person, who does not know the basics of mathematics. Friends and relatives failed to convince the bride. The police did not lodge a case after both parties struck a compromise on the intervention of prominent citizens of the village. The deal entailed that the bride and groom's families return gifts and jewellery. 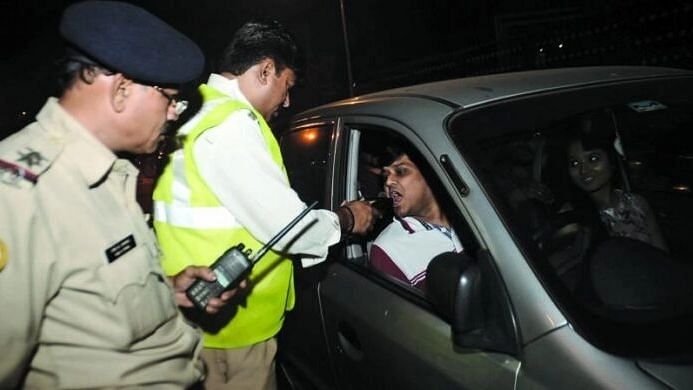 Wine is not alcohol, so will I be arrested for drinking and driving? Here's what Mumbai Police has...