A farmer from Uttar Pradesh has filed a complaint against rain god, Indra Dev

A farmer from Uttar Pradesh has filed a complaint against rain god, Indra Dev. He wants action to be taken against him for drought conditions and lack of rain. Reportedly, a senior revenue department official in the district has recommended action against Indra Dev.

Sumit Kumar Yadav who has been a resident of Jhala village in Gond district,has filed the complaint on Sampurna Samadhan Divas or Total Redressal Day that was conducted in the village.

In his complaint, Yadav wrote that lack of rainfall has impacted lives of people. "All are suffering owing to lack of rains. I, therefore, request you (district magistrate) to take action against Indra Bhagwan", he wrote.

As per reports, revenue official NN Verma received the letter and forwarded it to District Magistrate for action.

"No such matter came to me. The seal seen on that complaint letter is a duplicate seal. The complaints received in the Sampurna Samadhan Divas are nominated to respective departments and these complaints are never forwarded to any other offices. So, this whole thing looks concocted. This is being investigated", Verma told Dainik Jagran. Read Also
Kanwar Yatra: Schools in UP to remain shut till July 27 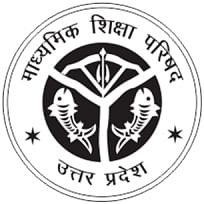