A Tesla Model Y car was seen rushing on the streets of China, so unstoppable that it resulted in hitting people on way during the super swift ride.

On camera: Elon Musk's Tesla runs out of control in China, disturbing video goes viral | Twitter
Follow us on

Elon Musk's Tesla is known for its auto-driven vehicles and the fast service it provides the user. However, in a recent case from China, things got worse from the happening features. A Tesla Model Y car was seen rushing on the streets, so unstoppable that it resulted in hitting people on way during the super swift ride.

The video of the speedy car having lost control has gone viral on social media. While sharing the disturbing visuals of the incident on Twitter, a netizen wrote, "Hope its not flagged down since #tesla and #twitter is under same entity..."

Hope its not flagged down since #tesla and #twitter is under same entity. More info: The driver (Mr. Zhan) said when he was attempting to park his Tesla, the brake petal went too hard to push and pressing P mode also didn’t help. pic.twitter.com/P2LGfQj5Yk

The tweet which shared the Tesla incident from China claimed quoting the respective driver that the brake failed when the person attempted to park the car aside.

Meanwhile, local news media reported that the incident took place on November 5 in the southern province of Guangdong, costing lives of a motorcyclist and a high school girl. According to reports, police investigation is underway in this regard. 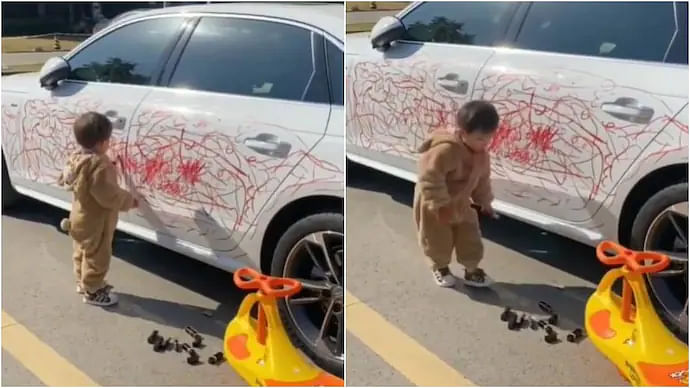 Read Also
Tesla’s autopilot crashes cars after being labelled better than humans by Musk, US authorities may...