The accused was identified as Ramesh Sahebrao Shinde (47). Police seized marijuana worth Rs. 32,000 from his possession.

The Koparkhairane police arrested a 47-year-old man from a slum opposite Balaji Cinema in Koparkhairane on Sunday night for allegedly selling marijuana. He was identified as Ramesh Sahebrao Shinde (47). Police seized marijuana worth Rs. 32,000 from his possession.

According to police, Shinde was a native of Osmanbad who was supplying Paan shops and the common citizens in the vicinity through his contacts. He was residing in a slum in front of Balaji Cinema in Koparkhairane.

Based on a tip-off, the Koparkhairane police caught him around 8 pm on Sunday night when he was found selling marijuana (ganja) at an under-construction building near Balaji Cinema. 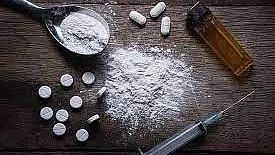 After getting caught red-handed, when the police checked the bag with him, they found the contraband worth Rs 32,000. Later an FIR was registered against him under relevant sections of IPC.

Mumbai and its surrounding areas have turned to be hotspots for the drug mafia lately, slowly emerging into being a market. The police and other officials are on their feet trying to eradicate the drug problem before it arises to be a major issue for the city. Their steps and efforts have collectively been effective to control the widespread of drug business.

Lately, a lot of renowned names are being linked to the drug business including celebrities from Bollywood as well as some political names. This has helped the drug business to sustain despite of actions from the police and other authorities.