HomeSportsInd vs SA T20 World Cup: We are used to it, says Proteas pacer Anrich Nortje on playing on bouncy Perth pitch this Sunday

Ind vs SA T20 World Cup: We are used to it, says Proteas pacer Anrich Nortje on playing on bouncy Perth pitch this Sunday

Perth: Anrich Nortje said South African players' experience in the IPL and playing T20I series against India recently will stand them in good stead in the ICC T20 World Cup 2022.

Nortje said those experiences gave almost all the South African cricketers invaluable game time ahead of the World Cup.

Not an ideal finish

“Yeah, obviously, we ended up with teary eyes in India, which was probably not ideal, but we were still playing cricket, most of us. There were two or three guys who weren't playing, which wasn't ideal, but most of us were playing still,” said Nortje on the eve of the Group 2 match against India here at the Optus Stadium.

“So I think the fact that we were playing cricket helped us a lot going into Australia. It would have been nice to probably have that extra week like India did when they came just to assess conditions a bit.

“I think just the cricketing part, it was nice to play cricket leading up to the World Cup like most teams have done. Everyone has been playing T20 cricket. We played a few ODIs. Maybe we can see it in a positive light as well that we may be bowled a little more than some other guys. Maybe we've been batting longer than some other guys.

“Just to get that time in the middle which could be a positive thing. I think so far it's been really good. Guys have been in great form. Guys that haven't been playing, they're batting unbelievably well in the net. Sort of backing anyone, whoever comes in, whoever goes out. Really backing everyone to perform on the day,” Nortje ended his extensive reply.

Nortje thought aloud that this SA team can lift an ICC World Cup after several years of disappointment.

“I think it's a really good team. The guys have been together for such a long time. Everyone knows sort of where they fit in. One or two guys that come in, and they sort of fit into the roles that's maybe open or that can help the team give something different.

“But I think all in all everyone sort of understands where everyone fits in and just what to do on the day and in certain situations. So it's just effective that we've been playing for such a long time and guys have been gelling really well.

“We definitely think that the last two seasons have been a great team, and hopefully we can win the Cup this season,” he added. 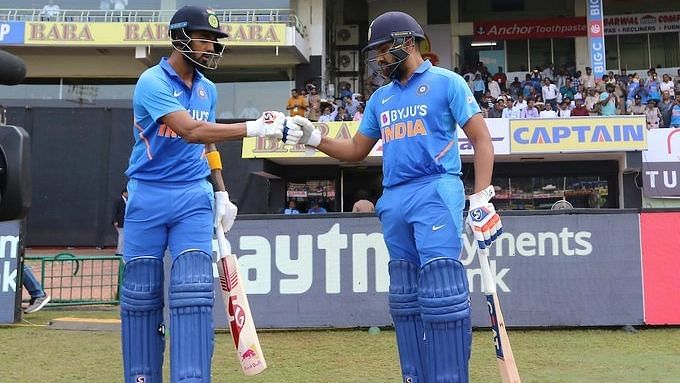