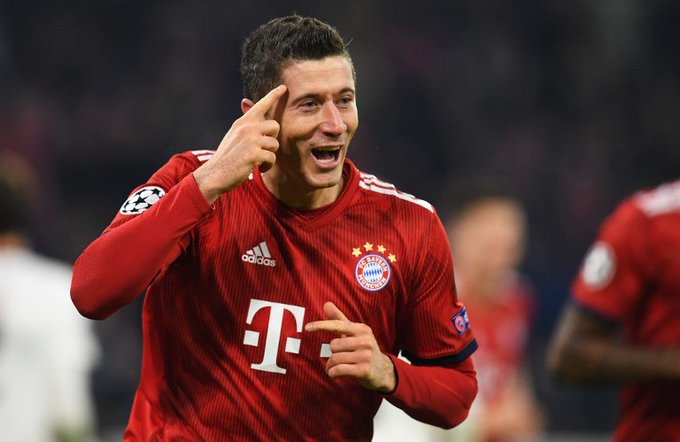 Bayern Munich star Robert Lewandowski has scored a whopping 69 goals in all competitions, including some real screamers — one in particular. Fans of the German record champions voted his opening goal in the Champions League match away to Dynamo Kyiv as their November Goal of the Month, by an overwhelming majority.

In heavy snowfall in Ukraine, Lewandowski didn't have long to think when the ball came his way in the 14th minute. Standing with his back to goal, the Poland international took a rebound at the penalty spot with a bicycle kick and blasted the ball into the net for 1-0.

The goal proved to be the foundation for a hard-earned 2-1 win in Kyiv, which confirmed Bayern as group winners early.

A phenomenal 75.5 percent of the votes cast went to the striking star, who was followed by Leroy Sane (11.5%) — who claimed the award in October with a wonderful free kick against Benfica — for his match-winning strike in the 1-0 victory against Arminia Bielefeld. Third in the November ranking was Serge Gnabry, who received 11% for his backheel goal in the 5-2 win at home to Benfica.