Umpire’s calls shot for Pant; Had to change his stance as it creased to negate swing formed footmarks in the pitch's danger area 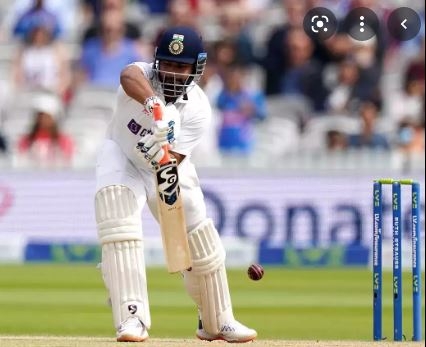 Leeds: The swashbuckling Rishabh Pant has revealed he had to change his stance after being told by the umpire as batting outside the crease to negate swing formed footmarks in the pitch's danger area during India's forgettable opening day at Headingley.

The first day of the third Test between England and India here ended with the hosts on top after their openers capitalised on an excellent bowling display.

"Because I was standing outside the crease and my front-foot was coming into the danger area, so he (the umpire) told me that you can't stand there," Pant said during the virtual post-day press conference on Wednesday.

The southpaw added, "So, I have (had) to change my stance, but as a cricketer I don't have to think too much about that, because it's everyone who is going to do that, umpires are going to say the same thing. I didn't do that the next ball and you move on."

Pant also backed his skipper Virat Kohli's decision to bat first while admitting that the wicket was soft in the morning.

"It's part and parcel of the game. Every day the batting unit is giving hundred per cent, but sometimes, it doesn't go well," Pant said about the disastrous outing with the bat, which came just nine months after the 36 all out in Adelaide.

"In the morning, the wicket was slightly on the softer side and they bowled in good areas. We could have applied ourselves better. We can learn from it and only move on. That's all we can do as cricketers. You learn from your mistakes and improve."

He also said that Kohli's decision to bat first, despite the wicket being damp, was a collective call.

"I don't think so," he replied when asked if batting first was a tricky move.