Tokyo Olympic: India back in reckoning; Rupinder's brace enhances quarterfinal chance, as they silence Spain 3-0 without a reply 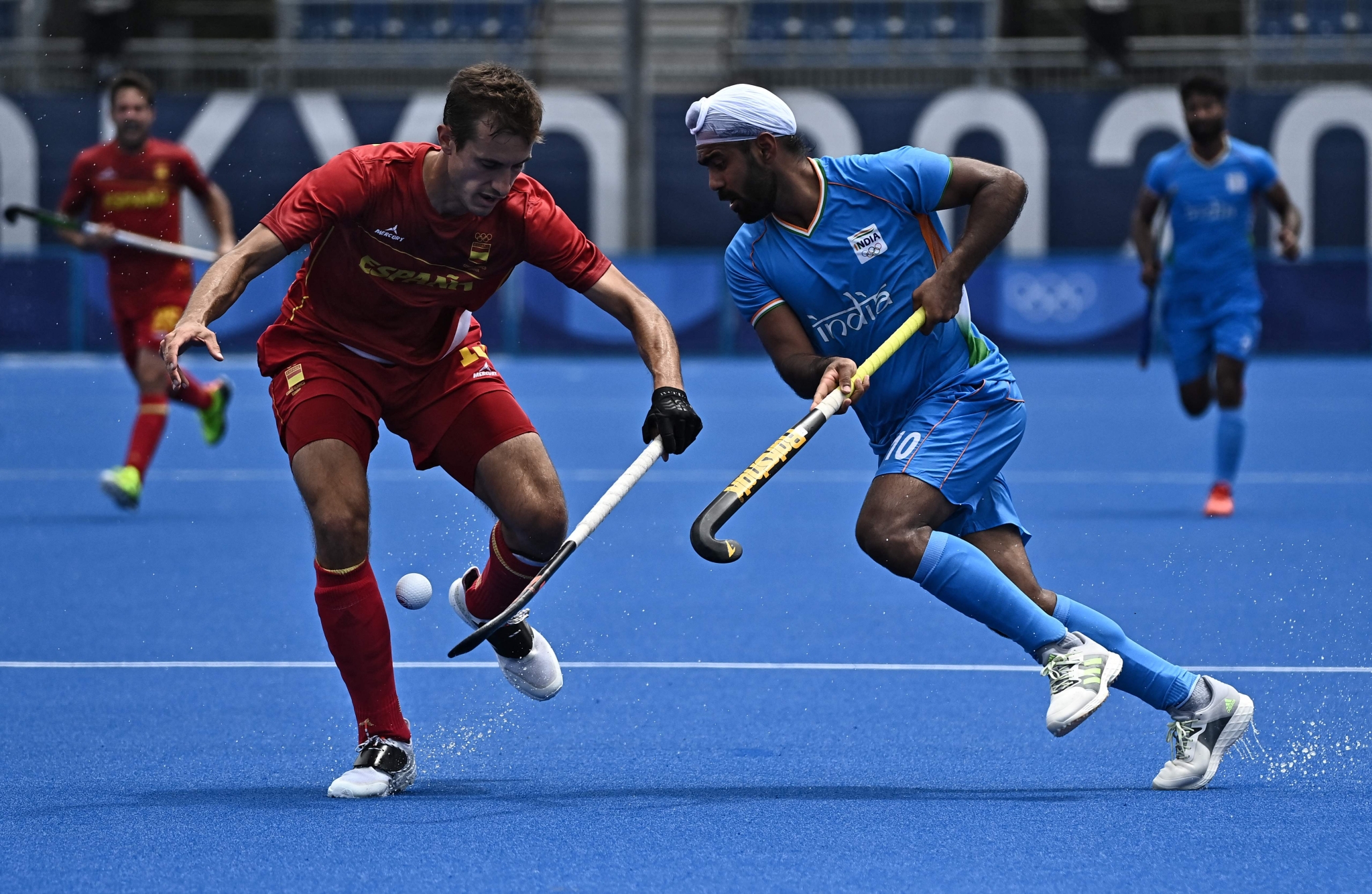 Tokyo: After being drubbed 1-7 by world No 1 Australians, India came back in style beating Spain 3-0, and brighten their chances of making it to the knock-out stages in the Tokyo Olympics.

At the Oi Hockey Stadium, India produced a spirited performance against world No.9 Spain and scored through Simranjeet Singh (14th minute) and Rupinder Pal Singh (15th and 51st) to record a comfortable win in their third Pool A match.

India, ranked fourth in the world, had earlier defeated New Zealand 3-2 in their opening fixture. Spain, on the other hand, are yet to register a win in the competition.

Spain drew 1-1 against Argentina before losing 3-4 to New Zealand.

The Indians will next play reigning Olympic champions Argentina on Thursday.

For any team it is always tough to recover from a morale-shattering loss within a day, but India looked more organised and sorted against Spain on Tuesday.

Despite the win, India's chief coach Graham Reid said the team needs to work upon a lot of grey areas, like conceding penalty corners, ahead of their remaining matches.

"Better result today, but a lot of things to work on from an improvement perspective. The fact that we gave too many corners, that's always a concern when that happens. But the team did really well in terms of defending," he said.

"The first quarter was played very well, we could move the ball really well and it was exactly what we planned to do. We struggled a bit in the second and third quarters."

Manpreet Singh's men played high pressure hockey from the word go and dominated the possession in initial 10 minutes even though they failed to create any real scoring opportunities.

In the ninth minute, India came close to breaking the deadlock but Simranjeet's deflection from skipper Manpreet Singh sailed over the goal.

Spain slowly and steadily got into the groove and secured their first penalty corner in the 12th minute but wasted the chance.

The Indians mounted number of attacks in the final few minutes of the game and the ploy bore fruits when Spain's defence was caught off guard by Amit Rohidas' pass and an unmarked Simranjeet just tapped the ball into the goal past Quico Cortes.

The goal rejuvenated India as they secured three back-to-back penalty corners in the final minute of the first quarter and from the third set piece Harmanpreet's flick found the body of a Spanish defender, which resulted in a penalty stroke.

Rupinder Pal Singh stepped up and made no mistake in doubling India's lead.

Trailing by two goals, the Spaniards pressed the Indian defence hard in the second quarter and the play was mostly inside the Indian half.

Spain's pressure tactics earned them three penalty corners in the third quarter, the last one coming just seconds from the end following a referral, but the Indian defence held firm to keep their lead intact.

Experienced India goalkeeper PR Sreejesh, who had a nightmarish outing against Australia, had a brilliant game as he showed good reflexes to pull off some fine saves.

The fragile Indian defence, known for succumbing in tough situations, somehow managed to soak up the pressure put up by the Spaniards.

With a two goal cushion, the Indians were quite content in just defending in the fourth and final quarter as Spain continued to apply relentless pressure.

But in the 51st minute India managed to find the net again when they earned a penalty corner, their fourth of the match, from a counter attack and this time Rupinder was bang on target with a powerful low flick to the right of Spanish goalkeeper Cortes.

Down 0-3, Spain didn't give up and continued to attack in numbers while the Indians looked to just defend.

Spain secured another penalty corner in the final minutes of the game but again Sreejesh denied Quemada to help India keep a clean sheet.

Sreejesh said he is experienced enough to make a comeback after a forgettable outing against Australia the other day.

He also lauded the Indian defence, which withstood the tremendous pressure put up by the Spaniards on Tuesday.

"Goalkeepers are there to take pressure. I think, when you are experienced enough you will be able to manage the pressure and control the team," he said.

"Against Australia it was very bad for the defence, but today they did a wonderful job. They did their job in the proper way and we came out with a clean sheet so that's most important.

"...if you can forget the past match and bounce back to play a better game, that's most important for a game like that at the Olympic Games."

India vs Great Britain in Women's Pool A match: 6:30am