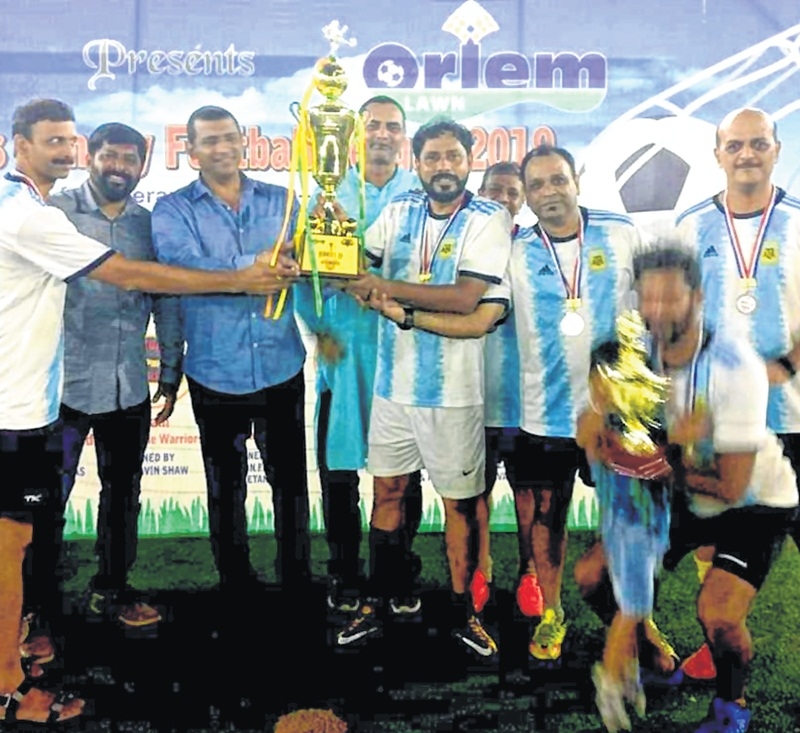 Mumbai: Team Shalom Blue emerged champions defeating Shalom United 1-0 in a tense and exciting final of the 1st Orlem veterans football league organised by Sportnicians, The Sports People and played at the Orlem Lawn Multipurpose Turf Ground, Malad. The clash between the two Shalom outfits witnessed a keen contest as both sides went on the offensive from the start. But, the forwards were unable to convert the chances that came their way in the first session and the scoreboard remained blank at the break.