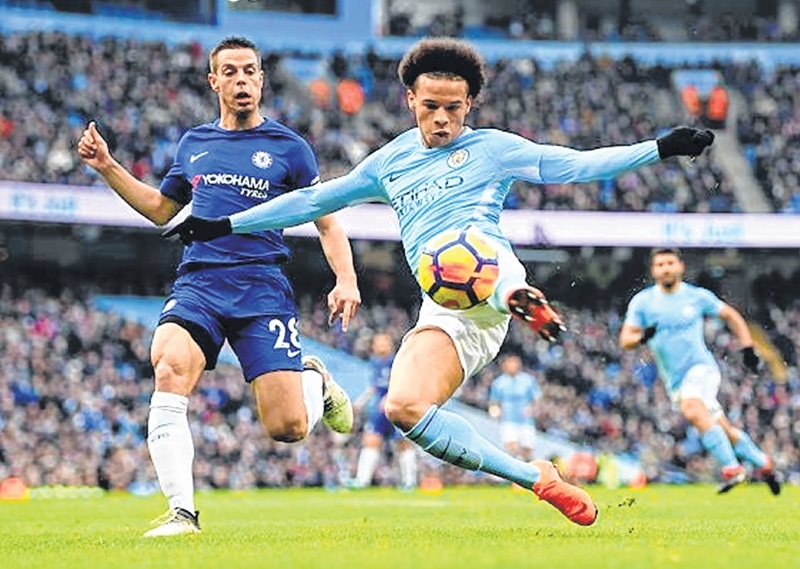 London: Pep Guardiola has challenged Manchester City to prove they are capable of holding off Liverpool by beating Chelsea at the Etihad Stadium on Sunday. aving knocked Liverpool off the top despite trailing by seven points just weeks ago, City have edged in front, albeit having played a game extra. ut, with Liverpool playing 24 hours earlier, Guardiola knows City must keep their foot on the gas against fourth-placed Chelsea. Now comes a big test, a big goal. Chelsea are an exceptional team who have had seven days to prepare,” Guardiola said. It really is a final for us this weekend. If we are able to take these points, it is a huge step forward.”

While Chelsea had been in turmoil until last weekend’s rout of Huddersfield, Maurizio Sarri’s team did inflict City’s first league defeat since April with a 2-0 win at Stamford Bridge in December. obertson expects Liverpool to end slump when Liverpool took the lead just minutes into their clash against Leicester last week, the Kop broke into songs of praise for their former manager Rafael Benitez.

Jubilant that Benitez had masterminded Newcastle’s win over Manchester City the previous evening, Liverpool fans were anticipating another victory on the road to their first English title since 1990. But out of nowhere, the joyous celebrations were muted by a sudden outbreak of nervous tension as Leicester hit back to earn a point — an anti-climactic result that was followed by another uninspired Liverpool display in Monday’s draw at West Ham. However, Reds defender Andrew Robertson says the frustrating period is just a “blip” that can be cured by a positive result against Bournemouth on Saturday. “I wouldn’t say nerves are showing. People talk about pressure because we’ve not been in this position, but it’s February. Everyone needs to relax and try and enjoy the run-in,” he said.

‘Reds not buckling under pressure’
Guardiola does not believe Liverpool’s recent stumbles in the title race have been the result of mounting pressure applied by his side. City could kick-off back in second place as Liverpool host Bournemouth on Saturday. “Tomorrow they play before us, I think things are going to change. The pressure,” said Guardiola. “Liverpool are exceptional, I don’t have the feeling, Klopp, Virgil van Dijk feel the pressure, (Roberto) Firmino, (Mohamed) Salah, (Sadio) Mane.

“I feel they play good and try to win the games, I think they’ll be there till the end and we have to be there to win our games.” Guardiola will have the luxury of recalling Kevin de Bruyne against his old side on Sunday after leaving the Belgian on the bench at Goodison Park in midweek. De Bruyne came on in the final stages to set up Gabriel Jesus’s second goal in a 2-0 City win, but Guardiola is wary of overplaying his side’s player of the year last season after two long injury layoffs this season with knee problems.

“There are times when team-mates are in better condition, in football what you have done in the past – you have to do it again in future,” said Guardiola. “We try to control the players, he played the last two. At Everton (on Wednesday), a few minutes, I want him to play as much as possible.”He went out for five minutes and he was incredible. I want him to sustain that for a long time. When you’re out a long time, I don’t want him playing game, game, game.”

Mendy has played just 27 minutes of football since November 11 and Guardiola conceded that it could yet be some time before the French World Cup winner is fully match-fit. “He’s injured, it’s not easy, meniscus,” said Guardiola. “He needs to re-adapt, it’s not that if you start training in two days you are fit, he has to handle the effort we are putting on him – he has to be careful.” A social media post from Mendy suggesting he was in Hong Kong even drew an expletive when Guardiola was asked about his whereabouts. However, Mendy later confirmed he was in fact in Barcelona, which the club were aware of, to receive treatment on his injury.