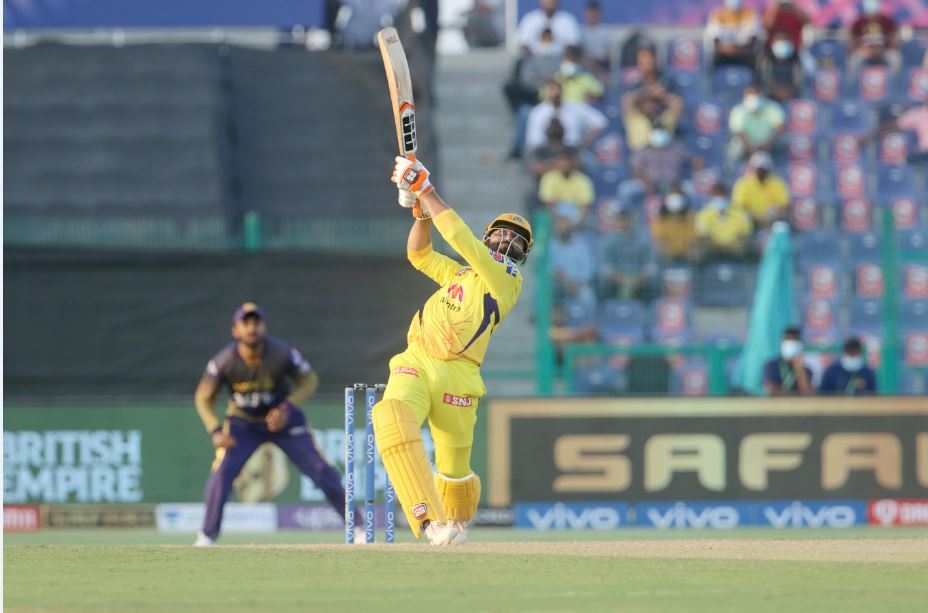 Oh captain, how long captain? What thoughts race through your mind when MS Dhoni bats these days as though there are 15 fielders around? When a single for him seems like a hard-earned penny. When the ball unfailingly sniffs some crack in his defence to collide with the stumps.

Years from now, who will recall that Dhoni, in a certain IPL match, was cleaned up by Varun Chakravarthy? But the danger – if you are a devout Dhoni admirer – is that he’s leaving behind too many unsettling memories of his fading days.

Jadeja (22 off eight balls) launched into the hapless Prasidh Krishna, who bowled the 19th over, to enable CSK to overhaul Kolkata Knight Riders 172 on the last ball. Jadeja is making it a habit to hurt KKR in last-ball finishes.

CSK’s bowling coach L Balaji recalled something familiar. “One year back in Dubai, Jaddu (Jadeja) won us the second game against KKR. When Jadeja was playing (yesterday), I thought he could do some magic. He has improved his game under pressure and he is showing that on the field. It is wonderful to see Jadeja coming up higher and higher in the order, his batting ability has changed over the last two years,” Balaji said.

“In T20, with two wickets here and there, anything can happen. As support staff, we were aware that we had to get the equation closer and closer. Our mantra is all about taking in pressure and coming out positively,” he added.

Should Krishna, still a greenhorn on the T20 circuit, have bowled the penultimate over in the first place? KKR’s chief mentor David Hussey said that Andre Russell would’ve bowled the 19th over if he hadn’t sustained a hamstring injury. “When Andre went out of the park, he had one over to bowl. He bowled particularly well upfront, so he probably was going to bowl the 19th over. Krishna has been an amazing death-over bowler for us. Unfortunately, he got beaten by a better player in Jadeja,” Hussey said.

Needing 26 in the final two overs, CSK took two singles from the first two balls off Krishna before Jadeja went berserk. He hit a six over long-leg, followed it up with a lusty hit that cleared long-on, and found the backward point fence twice off consecutive deliveries.

CSK needed only four off the last over to make it three consecutive wins, and they’re generally not known to have brain-freeze moments like Punjab Kings do.

Chennai Super Kings are joint table-toppers with Delhi Capitals where points are concerned. It’s a position they’re familiar with. They’re only expected to peak as the tournament progresses. If at all there’s a chorus of ‘Oh captain, how long captain’, it could wait for now.

Landmarks and a thumping win for RCB

Royal Challengers Bangalore’s Harshal Patel celebrates his hat-trick against Mumbai Indians yesterday. It was a highly fulfilling day for RCB skipper Virat Kohli (left) who went past 10,000 runs in T20 cricket with a breezy 51. What’s more, the RCB trounced MI to move to the third spot on the points table