IPL 2022: Here's how long injured Chennai Super Kings' pacer Deepak Chahar is likely to be out of action for

India and Chennai Super Kings fast bowler Deepak Chahar, who has already been ruled out of the IPL 2022, is also likely to be out of action for at least the next three months.

The 29-year-old suffered a quadricep tear during India's T20I series against West Indies in February and was at the National Cricket Academy in Bengaluru for his rehabilitation.

The initial assessment by the NCA physios projected that Chahar was set to miss a major chunk of the ongoing season of IPL as his quick recovery kept CSK hopeful of a return in late April. However, the pacer picked up a back injury and was ruled out of the IPL 2022 on Friday.

According to a Cricbuzz report, CSK and BCCI have revealed that Chahar is out for 12 weeks and it will be quite a progress if he actually makes it to the Twenty20 World Cup in Australia in October-November.

The report further said that the physios of the NCA have written a letter to the BCCI and the CSK management in which they have mentioned that Chahar has an L5 injury in his back and it will take a lot of time for recovery. In fact, the Rajasthan cricketer will have to rest for six weeks before restarting his rehab.

Chahar was an integral part of CSK's fourth championship win in IPL 2021, claiming 14 wickets from 15 games at an economy of 8.35. He was the team's PowerPlay enforcer with the ball and also an able lower-order hitter, which got the franchise to spend Rs 14 crore to pick him at the mega auction ahead of this season.

In his absence, the defending champions have won just one game out of five in the ongoing season. However, the Chennai team management has made it clear that it has not sought a replacement for Chahar.

"We have left it to the team management and they have not come back to us so far. We do not find an Indian bowler of Deepak's caliber," CSK CEO Kasi Viswanathan.

It has been learnt that a couple of options in Ishant Sharma and Dhawal Kulkarni were looked at, if not exactly considered. However, none of them have been that much effective in the powerplay. While Chahar has 42 wickets (average 28.85, economy rate 7.61) in the powerplay overs since 2018, Ishant has nine scalps (avg 32.55, economy rate 6.65). Kulkarni is no match to either, with five wickets at an average of 73.40 and an economy rate of 8.34.

Meanwhile, a BCCI official has said Chahar will not lose out on his IPL revenue even though he will not be playing a game in the season.

"The BCCI has insured IPL contracts of all players and it has also been paying the premium. Deepak will recover most if not the entire Rs 14 crore from insurance," the official said. 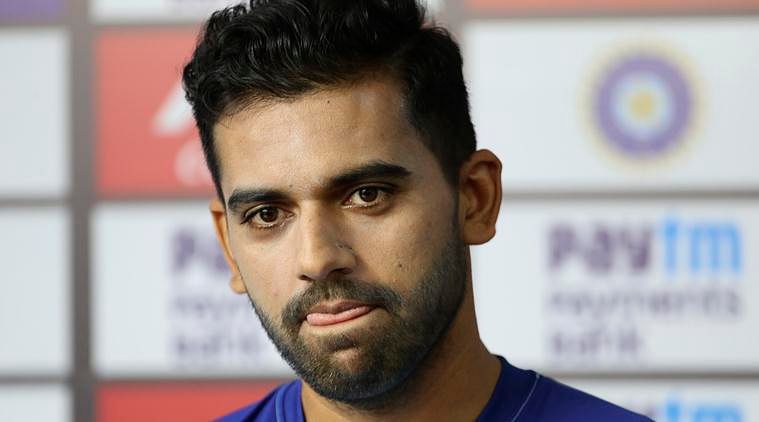 HomeSportsIPL 2022: Here's how long injured Chennai Super Kings' pacer Deepak Chahar is likely to be out of action for