Srinivasa Gowda, the 28-year-old man broke a 30-year-old record to become the fastest runner in the history of Kambala.
FPJ Web Desk 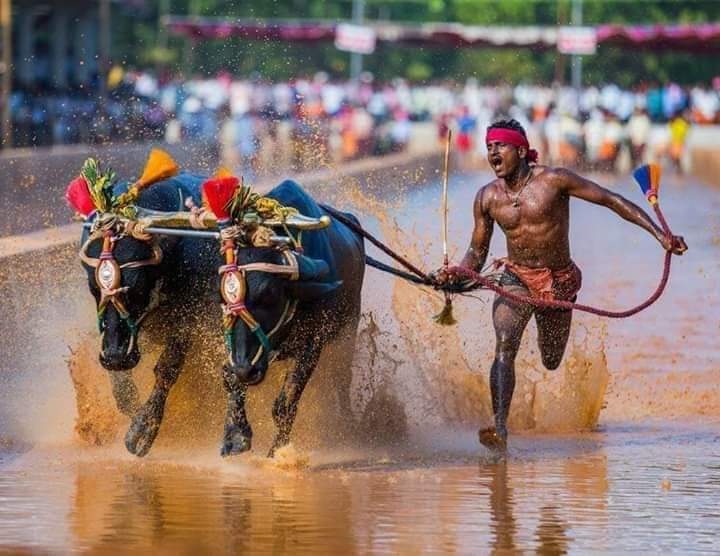 A Karnataka man garnered lot of attention after a stunning performance at Kambala - the traditional buffalo race. He covered 142.50 meters in just 13.62 seconds.

Srinivasa Gowda, the 28-year-old man broke a 30-year-old record to become the fastest runner in the history of Kambala. Following his race, people compared his timings with Jamaica's Usain Bolt who holds the record sprint of 100 meters in 9.58 seconds.

Gowda ran 142.50 meters in 13.62 seconds and people were quick to calculate his speed if he ran 100 meters. Reaching to a theoretical conclusion, it turned out to be 9.55 seconds which is 0.3 seconds lesser than Bolt.

However, the calculation is based on theory and cannot be actually compared given the fact that Gowda's speed came off the buffalo running beside him.

Although, Gowda should be acknowledged for his achievement.

Speaking to the media, Gowda said, "I love Kambala. The credit of my success should also go to my two buffalos. They ran very well. I chased them or drove them."

Kambala, a Karnataka traditional Buffalo race which is practiced in muddy fields was banned earlier after being put under pressure from animal rights activists as the race involves the runners whipping the buffalo to make them speed up.

But, Karnataka's Chief Minister Siddaramaiah passed a special legislation to allow the race.