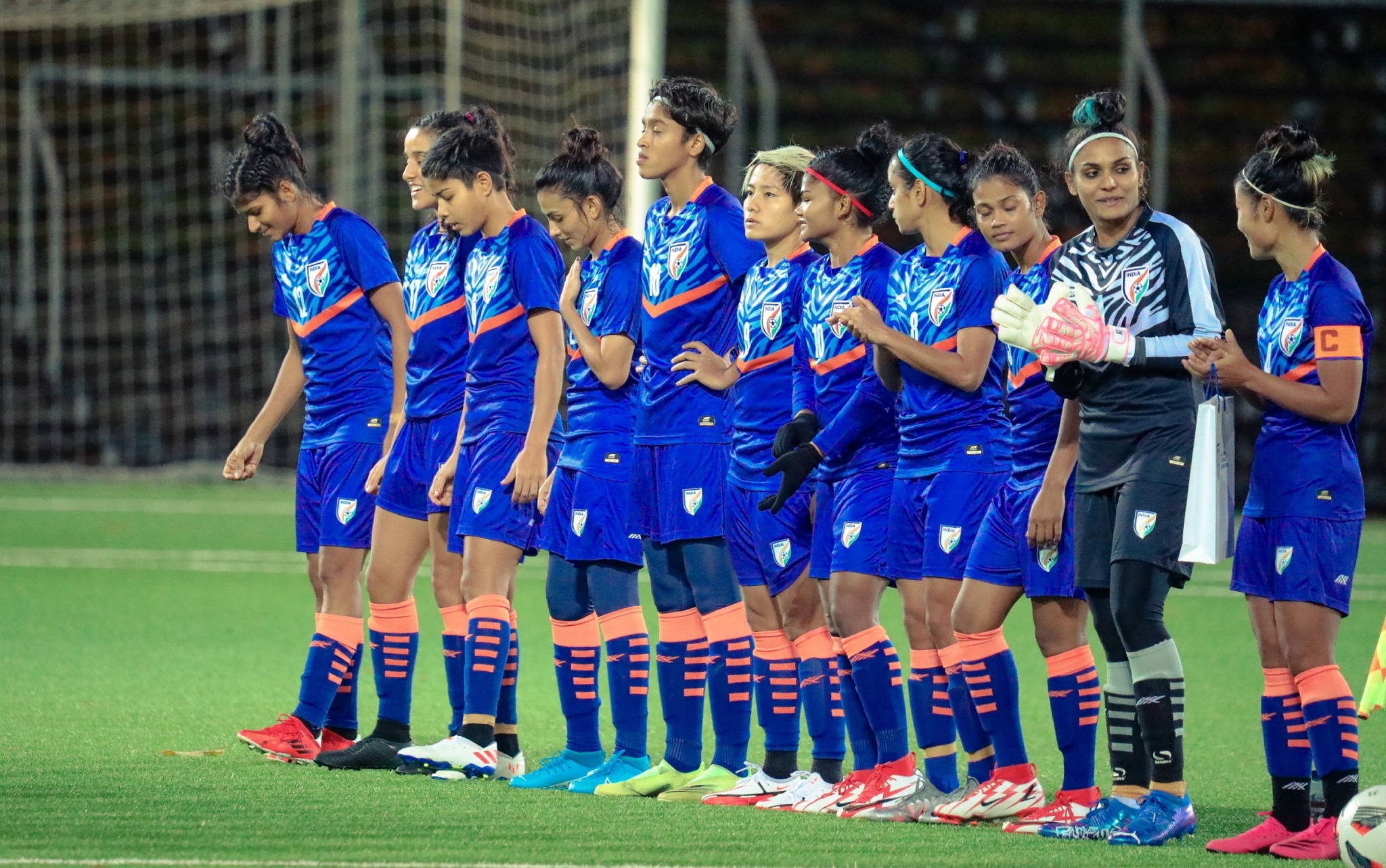 This tournament was part of India's preparations for next month's AFC Asian Cup | Photo: AIFF

The Indian women’s football team went down 1-2 to Venezuela at the Arena da Amazonia and ended its campaign in the four-nation tournament, where they played higher-ranked teams including heavyweights Brazil, without a win.

Ranked a place below Venezuela in the FIFA rankings at 57th, India entered their final game of the tour aiming for a positive result.

However, that was not to be as the women from Venezuela came out triumphant after falling behind in the first half.

India took an early lead through Grace Dangmei and ended the first half with a one-goal lead.

But the Venezuelans made a fine comeback in the second half and ran out 2-1 winners after Mariana and Barbara scored for the South American side in a hard-fought game.

Mariana, especially, has made a lot of difference in the second half with her speed.

Barbara struck in the 80th minute to put the Venezuelans in lead, which they maintained until the final whistle.

The equaliser came in the 50th minute when Mariana found the back of the net from point-blank range.

The Indian scored the only goal of the first half — in the 17th minute — through a set-piece when Ritu Rani's ball was met by Grace. The goal opened up the game as Venezuela looked for an equaliser.

Venezuela pressed hard and put India under pressure but their Indian defence, including Aditi Chauhan, was up to the task.

Preparing for next month's AFC Asian Cup, which they will host, India finished the four-nation tournament in Brazil with 3 losses but the experience they gained from this tournament could prove to be handy when the continental tournament takes place.

In their earlier matches, India lost to Chile 1-3 and Brazil 1-6.

The Asian Cup is scheduled to be held from January 20 to February 6.