HomeSportsArgentina vs France: Squads, When and where to watch FIFA World Cup final 2022; Live on TV and online

Argentina vs France: Squads, When and where to watch FIFA World Cup final 2022; Live on TV and online

Like France, Argentina is seeking a third World Cup title — after 1978 and 1986 — to move into outright fourth place in the all-time list

FIFA World Cup final 2022: It is now or never for Lionel Messi as Argentina take on defending champions France in the final of the FIFA World Cup 2022 on Sunday.

Can he finally, at the age of 35, win football's biggest prize to secure his place alongside Pele and Diego Maradona in the pantheon of the game's greatest ever players?

Standing in his way is France, the defending champion, and Kylian Mbappé, the player best positioned to take over from Messi and Cristiano Ronaldo as soccer's marquee name.

That's if he hasn't already.

Mbappe also is standing on the cusp of history heading into the match at the 80,000-seat Lusail Stadium, a title decider that is filled with storylines.

The 23-year-old France forward is looking to emulate Pelé by being a champion at his first two World Cups and set up the prospect of a third title, a feat only ever achieved by the Brazil great who has been hospitalised during this year's tournament because of a respiratory infection.

Mbappe was 19 when he led France to its second World Cup title in 2018, becoming the youngest scorer in a final since a 17-year-old Pelé did so in 1958.

While Pele ended up being a peripheral figure in Brazil's 1962 triumph — he didn't play in the knockout stage because of injury — Mbappé has been France's go-to player in the team's bid to repeat.

Indeed, Mbappe enters the final tied as the tournament's leading scorer with five goals. The player alongside him? Messi, of course.

Who wins the Golden Boot — the award for the top scorer — is just one of the many other narratives around the final.

There's France, the dominant national team of this generation, looking to become the first to win back-to-back World Cups since Brazil in 1962. The country that produced Michel Platini, Zinedine Zidane, Thierry Henry and now Mbappé will be playing in the final for the fourth time in the last seven World Cups, more than anyone else.

Win it for Maradona

Like France, Argentina is seeking a third World Cup title — after 1978 and 1986 — to move into outright fourth place in the all-time list. It would end a 36-year wait for footbal's biggest prize, since Maradona's string of virtuoso performances in Mexico in 1986.

That made Maradona forever a hero in Argentina, and an icon around the soccer world. Messi now appears to be at that level - win or lose on Sunday when he'll play in a record 26th World Cup match.

🤩  Sunday will be A Night to Remember!

Where to Watch: On Television: Sports18 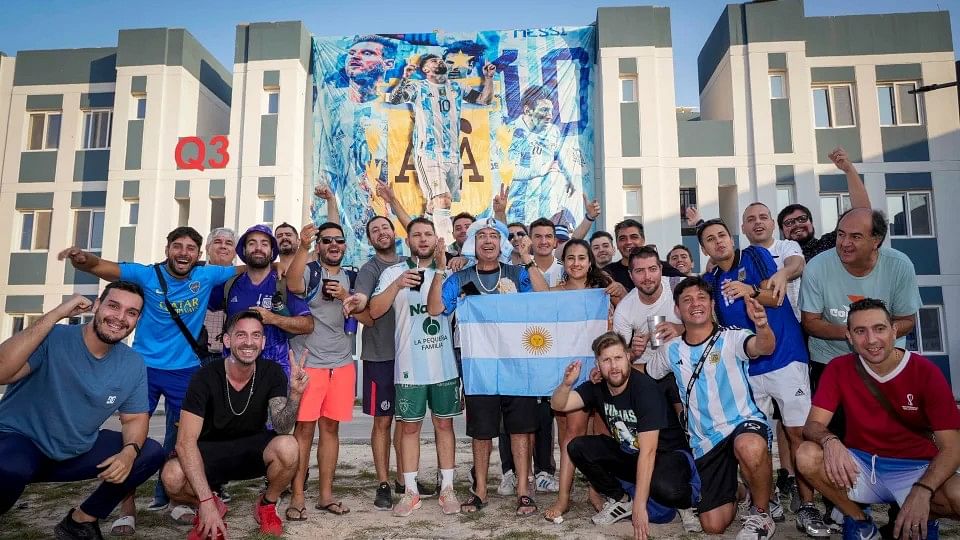