India athletics great Anju Bobby George, born on 19th April 1977, is a World Championships bronze medal-winner (Paris 2003) long jumper, who has many records to her name.

With this achievement, she became the first Indian athlete ever to win a medal in a World Championships in athletics jumping 6.70m. She went on to win the gold medal at the IAAF World Athletics Final in 2005.

Hailing from Kerala, Anju began her career with Heptathlon before switching to jump events and went on to win the long jump medal in the 1996 Delhi junior Asian championship.

In 1999 she set the national record for triple jump in the Federation Cup and won a silver at the South Asian Federation Games in Nepal.

She bettered her own record in the long jump to 6.74m in the 2001 nationals at Thiruvananthapuram. In the same year, she also won gold in the triple jump and long jump at the Ludhiana National games.

Anju recorded her personal best of 6.83m at the 2004 Olympic Games at Athens which is the current Indian national record.

She was awarded the Arjuna Award in 2002, Khel Ratna in 2003 and Padma Shri in 2004. In March 2021, Anju was conferred with the BBC lifetime achievement award for best athlete in India.

Anju is married to Robert Bobby George, who is a former national champion in triple jump and her coach too. She is employed with the Customs department in Chennai. The couple have a son Aaron and a daughter Andrea. 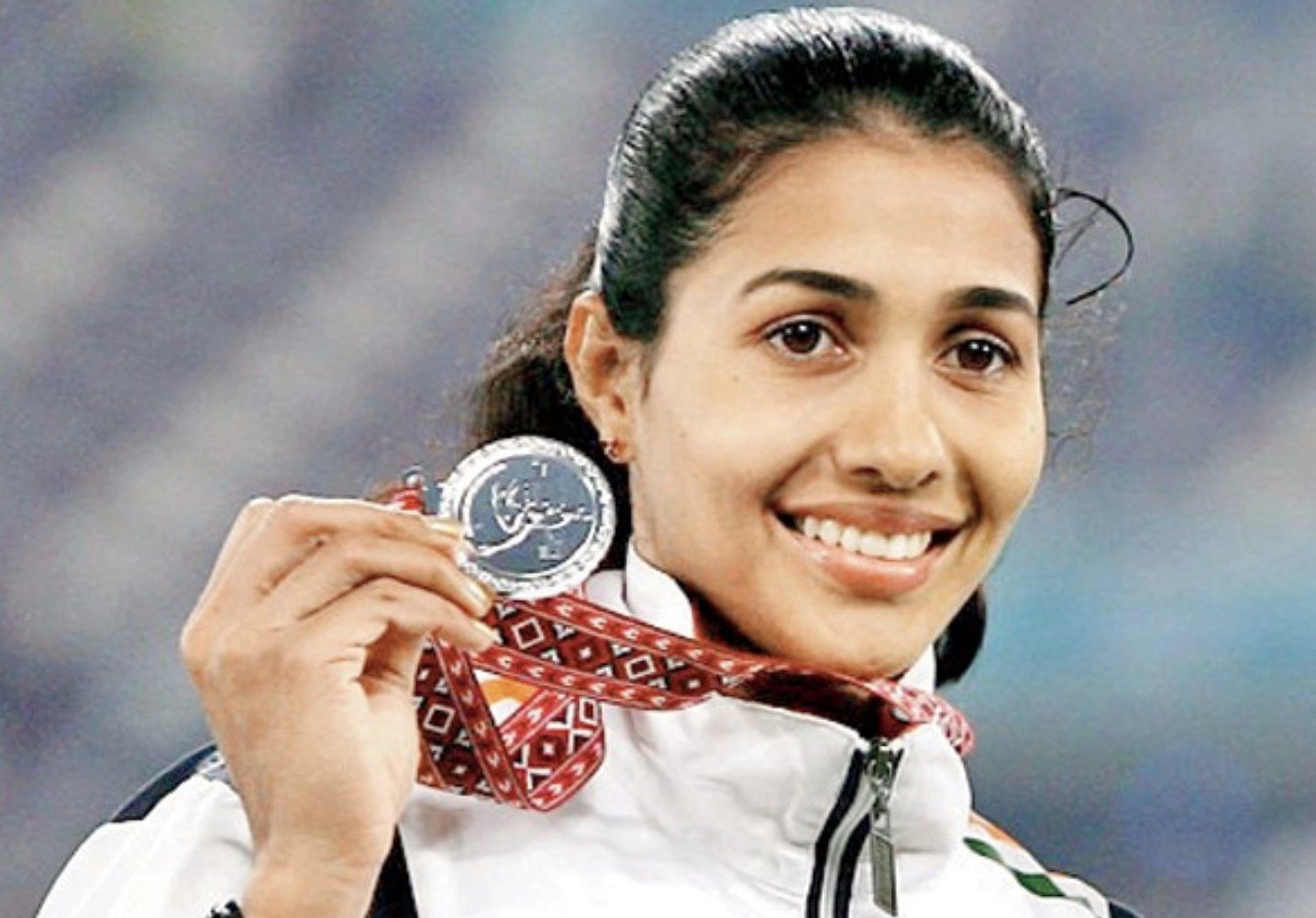