NJ Reddy, founder of Yoga Prana Vidya |
Follow us on

The Story of Nachiketa:

Nachiketa’s father performs a yagna. As per the procedure he has to give offerings to the Brahmins/ temple. He picks old, lame, blind cows which can no longer give milk. Nachiketa is pained by this, as he understands that his father will not get fruits of the yagna, since the offering is not right. He asks his father, as he also belongs to his father, to which deity will he offer him? His father doesn't reply. But he repeatedly asks this question. To which, his father in annoyance says, he will give him to Lord Yama, the God of death.

Lord Yama is known as Yama Dharmaraja, who is very righteous. He helps people transit through the purgatory called hell. People with lower emotions are in a state of lower kama-manas. They are stuck or caged, like in a jail. These people need to refine or transform and move out of this condition. No wonder jails are known as sudhar-ghar these days. Lord Yama helps with this transformation. Therefore, going to hell is not a punishment. It's a place to transform, purify and progress further.

When you are in a state of higher emotion, in other words, when you are experiencing peace, happiness, love and appreciation, it is like being in lower heaven. Acts of lust, greed, anger and sadness makes you descend lower, that is, your emotional body vibrates at those lower frequencies. You radiate that energy to others, environment and so, affect their emotional bodies as well. Thus, you add to the existing negative psychic energies on earth, called “the dweller on the threshold” in Theosophy. That is why, regulating your thoughts and emotions is very important. You also automatically generate certain entitlement by what you give.Coming back to the story: Nachiketa goes to meet Lord Yama by himself. But Yama is not in his abode at that time. He waits for 3 days, without food, water or rest. Yama comes back, sees him undergone so much trouble and gets very impressed. Therefore, Yama grants him 3 boons.

The First boon:For the first boon, Nachiketa says that his father was very upset with him. Therefore, he asks for the issues with his father to be resolved and let peace prevail.

This actually indicates the teaching of Forgiveness Sadhana and Healing. Asking for this teaching from the Lord of Death, emphasises the importance of forgiveness!

The Second boon: Nachiketa requests Lord Yama to teach him the Sacred Fire Sacrifice. There are many fire rituals. But he specifically asks for the fire sacrifice.

We generally offer good things to God, like flowers, food, etc. We offer Him whatever is best, our love, devotion, etc. All these are purer and refined energies.

What is sacrifice? Weaknesses are also energy. If you can't transform a certain quality, you can offer it as sacrifice to fire. The fire burns and transforms it into heat energy. Thus, we sacrifice our weaknesses to fire or Lord Sun. Sun is a great purifier. While sacrificing, we say, “burn this sacrifice and accept the offering”. Since it's burned and then consumed, we are entitled to receive the blessings!

Hence, there are 3 steps in Fire Sacrifice:

2. Sacrifice the weaknesses – That is, ask for burning the sacrifice and accept as offering.

3. Request for blessings - Ask for the good qualities that are opposite to the weaknesses that you have sacrificed.

This must be practiced daily. You must use your will and surrender your weaknesses. Offering to Lord Sun is a higher form, as in Him, we move, live and have our being. He is ready to purify, like a mother purifies her child.

You need to first have the knowledge regarding what to sacrifice? What are your weaknesses that can be removed? If you don't know that harbouring negative thoughts and feelings is not healthy, how can you remove them? Overcoming the weaknesses after identifying them does not happen in one day. This Fire Sacrifice must be practiced repeatedly.

Nachiketa wants deeper wisdom. Hence, he asks for the procedure of Fire Sacrifice and knowledge regarding the various tendencies to be sacrificed in relation to light, love and power aspects in oneself. This is essentially the inner purification in Arhat Yoga of Yoga Prana Vidya (YPV) System.

Having learnt this, Nachiketa is enthusiastic to learn more. He is fearless facing Yama and asks for his third boon.

The Third boon: Nachiketa enquires for what actually happens after death? Lord Yama exclaims that even the Devas do not have complete knowledge pertaining to it and Nachiketa is a human! So, he requests Nachiketa to ask for something else. He offers to give him skills of music, dance, enjoyment, wealth, power to rule, long life, conditions like heaven on earth, etc. Nachiketa refuses all these and says he only wants to know about after-death. He replies to Yama that the long life that Lord Yama is offering is actually not very long. It's actually short, transient and fleeting. It really has no meaning for him. He wants to understand Spiritual Technology. He requests for this with complete faith and fearlessness. Finally, Lord Yama gives this teaching to him.

Spiritual Technology encompasses the knowledge about soul; the true nature of oneself which is imperishable and part of the Supreme Spirit; the various bodies that we manifest into; strengthening and upgrading of these bodies; aligning them with the higher to understand the purpose of this incarnation; achieving liberation in the process of working for the Divine purpose; understanding the “Law of karma” to neutralise the negative deeds of the past and utilising it for the betterment of the future; and much more. All these are covered in the Yoga Prana Vidya (YPV) workshops of AUWA (Achieving Union With Atma) and Arhat Yoga. Swami Vivekananda said that if he has 10-12 Nachiketas (who have faith and are fearless) with him, he can change and transform the thoughts and pursuits of people in this entire country into a new channel. If one can work with the ambition of uplifting others, yet remain detached, then 10-12 such people are enough to transform a country. For example, Ramakrishna Paramahamsa integrated the teachings, but he needed only 1 Vivekananda to propagate it. To do acts of God is Sattvic, but you need Rajasic energy to execute it. You should be fearless! Dr. A PJ Abdul Kalam said, if a leader is not fearless, the mission will crumble in crisis!

All 3 gunas (Sattva, Rajas and Tamas) are required for manifestation. One without the other is dangerous. They must be balanced. Balance means right proportion and not equal. For example, while making a curry, you do not add equal amount of vegetable and chilli. Hence, depending on the requirement, the gunas (also known as light, power and love aspects) need to be adjusted differently.

Going by the assessment of Swami Vivekananda, we need 70 such fearless focused leaders, to bring transformation in the entire earth or in other words, to lift the population of the entire earth into higher emotional state. Thus, peace on earth is possible!

Only 70 Nachiketas are needed who can lift themselves to the Atmic plane, from where arises “Pragnya”, that is, action with gyana in every moment. In the Atmic plane, the will of God is known. It is the plane where Brahma manifests to form this Creation. Hence, you can connect to Brahma by raising to the Atmic plane. That is to say, these Nachiketas are like co-creators, as they connect to Brahma, the creator. The spiritual evolution of a planet occurs when thoughts and pursuits of its’ people is directed by such leaders persistently into a new channel, in the right direction!

What is difference between Relinquishing and Renouncing? Relinquishing is when you offer the attachment to the fruits of your actions to God, not for yourself but for others. Whereas, renouncing is dropping all that is unworthy in you that is prompted by lower nature.

Absconding away from responsibility is not Sanyasa. Spiritual practitioners perform their karmic obligations better than any other person. They do not run away from them. The greatest Karmic obligation is to work for the Planetary God.

We have free YPV Sadhana app which has techniques to lift yourself up into higher emotion, to become a channel for the Divine, to strengthen your immune system and to upgrade yourself. 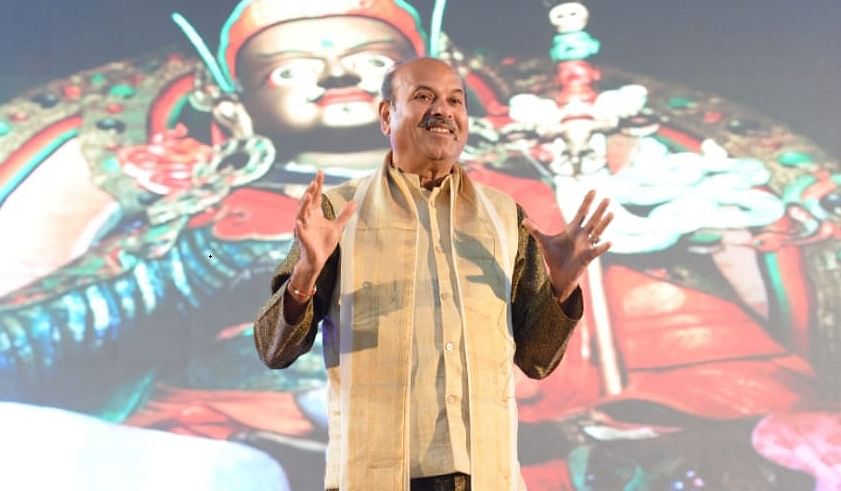 Guiding Light: One thing at a time

Sadhguru talks about why youths have Saturday night fever