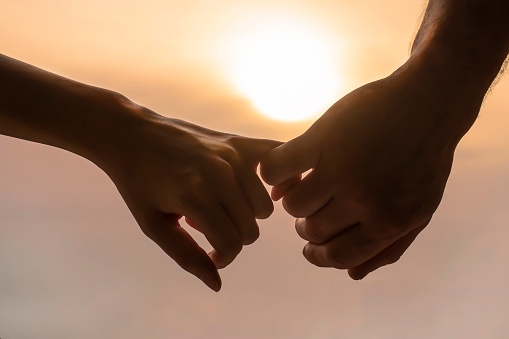 There is a romantic story told to us of the father and mother of Thomas Becket, martyr and saint of England, Gilbert Becket. Thomas’s father, had made a pilgrimage to the holy land in his youth. Here he was captured by a Saracen, who imprisoned him in his castle. The only daughter of the Saracen chief fell in love with Gilbert. She was young, fair and beautiful. Gilbert promised to marry her if she would come to England with him, for he too, loved her deeply.

However, he soon found the opportunity to escape from the Saracen’s clutches. When he returned to England, he forgot all about the young girl who had given her heart to him.

However, the girl did not forget him so easily. She was determined to leave her father’s house in disguise and find her way across to England. Her friends were taken aback by her decision; for in those days, i.e., eight hundred years ago, women did not set out alone in search of their lovers– especially those whose very language and address was unknown to them!

The girl was not afraid. She knew just two English words– London and Gilbert. She travelled to the coast and went among the ships in the wharf, saying, “London, London.” Sailors led her to a ship which was about to sail for London, and she paid for her passage with some of her jewels.

Having arrived in London (which was then only a small town), she walked across the streets, calling out, “Gilbert! Gilbert!” One of Becket’s servants, who had been imprisoned with his master, saw her and rushed to inform his master. “Master, master!” he said, “As I live, the Saracen girl is here in London! I saw her walking up and down, calling out your name!”

Gilbert hurried to find her. When she saw him, she wept tears of joy and fainted in his loving arms. It was her will and determination that had made her brave unknown dangers and seek her lover. They were married soon after.