The Congress leader alleged that ration shops in as many as 15 districts in Maharashtra do not have stock.

At the same time the MVA allies slammed Shinde for “treachery, and bulldozing the state economy”, on Wednesday. A political blame game started after Vedanta-Foxconn signed a MoU with the Gujarat government on Tuesday to set up a semiconductor and display manufacturing unit in the state. “We came to power only two months ago. Vedanta Foxconn did not get the desired response from the earlier (MVA) government,” a rattled Shinde said in his defence.

All parties have demanded a probe into the sequence of events leading to Vedanta-Foxconn opting for Gujarat when more than 90 per cent of its deal was finalised with Maharashtra, including allotment of 1,100 acres of land near Pune.

NCP leader Ajit Pawar shot off a letter alleging that the project has gone to Gujarat due to high-level political pressure, and said Shinde must take steps to ensure it returns to Maharashtra.

NCP MP Supriya Sule said Shinde must immediately catch a plane to New Delhi and ensure that the Vedanta-Foxconn project is immediately restored in the interests of the state’s youth and economy.

NCP chief spokesperson Mahesh Tapase said, “this is the price that Gujarat has extracted for making Shinde the CM” and he remained helpless as Vedanta-Foxconn slipped out of the state.

Congress state president Nana Patole accused Shinde of being “a dummy CM” with Modi and Union home minister Amit Shah running the show, “which is a very serious matter and detrimental to this state.” Congress state general secretary Sachin Sawant called upon Shinde-Fadnavis to advise Modi to show less love for Gujarat.

Deputy Leader of the Shiv Sena Dr Raghunath Kuchik accused the Shinde-Fadnavis government of “a systematic conspiracy with all projects being diverted to destroy Maharashtra’s economy. ”

MNS president Raj Thackeray asked when the project was wrapped-up by Maharashtra, “how could it go to Gujarat.” Former Maharashtra Industries Minister Subhash Desai said that the project had been finalised when the MVA government was in power.

But the Shiv Sena-NCP-Congress coalition government began to have doubts about whether it would materialise when Vedanta boss Anil Agarwal told them that only the Centre’s assent was awaited, he claimed.

Leader of Opposition in Maharashtra Legislative Council Ambadas Danve claimed Gujarat did not have the infrastructure required for it and hence was not even in competition for the project.

The BJP, meanwhile, shared links to Desai’s older statement when he, as industries minister in the MVA government, had sounded pessimistic about Foxconn investing in Maharashtra.

Published on January 7, 2020, the report quoted Desai as saying, “Foxconn’s commitment of investing in the state will not work.” The company was facing market related issues and also competition from smartphone assembling firms in India, he had purportedly said. 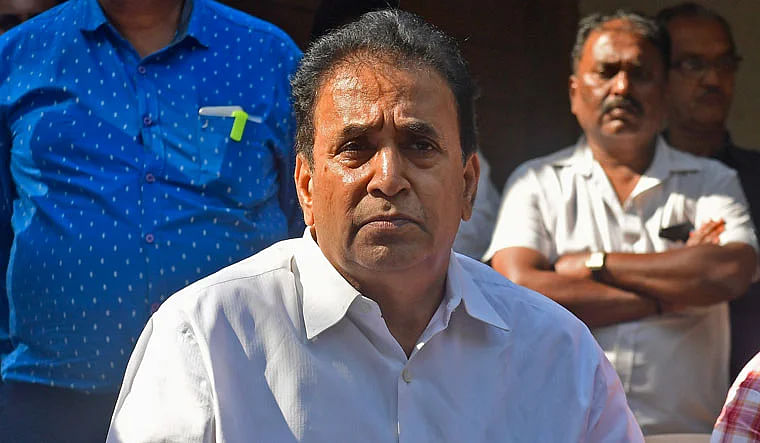