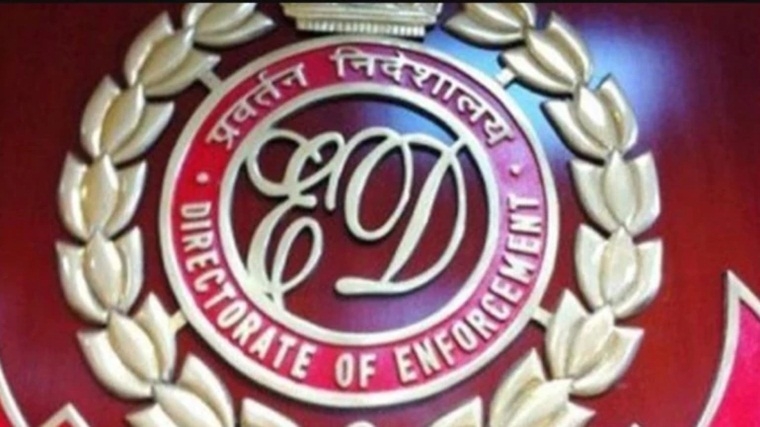 Mumbai: The ED on Tuesday arrested Rinku Deshpande, a 51-year woman, whose family is said to be close to that of Iqbal Mirchi. She allegedly received Rs 2,186 crores as proceeds of sales of three properties in Worli, which was allegedly laundered to the late drug lord.

Rinku, sources said, had received the cheques issued to dummy tenants of Rabia Mansion, Sea View and Mariam Lodgen -- the three properties near Haji Ali admeasuring over 1,500 square metres. The money was withdrawn afterwards, using bank accounts opened in Chennai in the name of the fake tenants.

She is likely to be produced in a PMLA court on Wednesday. Hours before Rinku's arrest, the agency had arrested Humayun Merchant, a Null Bazar resident and a front man of Mirchi who negotiated every property deal of the late drug lord in the city and adjoining areas.

He has been remanded to ED custody in the same case till October 24. Prior to this, the agency had arrested a former chairman of the Sir Mohammad Yusuf Trust, Haroun Yusuf, and Ranjit Singh Bindra who had brokered the deal.

Sources said that the name of Rinku cropped up during the questioning of Bindra, a property broker who is presently in ED custody, who admitted having negotiated the deal with Mirchi in London on behalf of Sunblink Real Estate Pvt Ltd. Though Bindra had obtained Rs. 30 crore as the brokerage fees for the deal, the cheques pertaining to the sale of the property ( which was in the shadow custody of the Sir Mohammad Yusuf Trust on behalf of Mirchi) was issued to the fake tenants created by Mirchi's frontman, Humayun Merchant.

Merchant is also alleged to have played a key role in negotiating another deal between the Mirchi family and Millennuim Developers -- a reality firm belonging to former union minister Praful Patel who was questioned for close to 12 hours by the ED last week.

Sources, meanwhile, said the Rs. 2,186 crore from the deal received by Rinku Deshpande, had been obtained as loan by Sunblink Real Estate from a Non-Banking Finance Company (NBFC), which has now been identified as the Kapil and Dheerai Dewan-promoted Dewan Housing Finance Ltd (DHFL). The money was later allegedly laundered to some foreign banks in Dubai, before it was paid to companies belonging to Mirchi.