HomeMumbaiWho is Captain Ashok Kharat? Everything about the mysterious cosmologist who predicted CM Eknath Shinde's future

Who is Captain Ashok Kharat? Everything about the mysterious cosmologist who predicted CM Eknath Shinde's future

Post his retirement in merchant navy, Captain Kharat heads the Shivnika Trust and is claimed to continue cosmology as a career.

Captain Ashok Kharat, the head of Shivnika Trust that manages the Ishaneshwar Temple in Mirgaon near Nashik where CM Eknath Shinde visited after his Shirdi visit on Wednesday.

Who is Captain Ashok Kharat?

Captain Kharat is a retired merchant navy officer. According to information on the website of Shivnika Trust, with a career in the merchant navy for 22 years, Kharat has completed tours to 154 countries.

Hence he is believed to have a deep study of majority of the religious customs, traditions, culture, ethics, progress, backwardness and natural conditions of those countries.

His life took an interesting turn when he shifted his focus to a study of a science called 'Cosmology.' Cosmology is a science that has made enormous strides in the past 100 years. It began as a branch of theoretical physics through Einstein’s 1917 static model of the universe and was developed in its early days particularly through the work of Lemaître (1927). 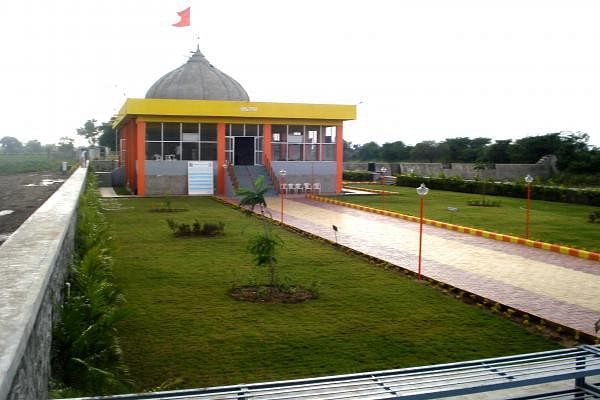 Maharashtra CM Eknath Shinde visited Ishaneshwar Temple and it is widely believed that he had a dicsussion with Captain Ashok Kharat about his future. This meeting further sparked a major political controversy.

Although the trusted ones at Ishaneshwar Temple said that CM had visited the temple to seek blessings and prayed for the well-being of the farmers and the public. 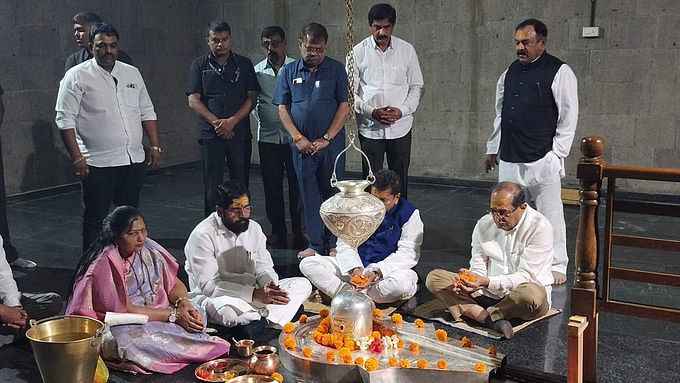 Eknath Shinde has been strongly attacked by the opposition and by the Andhashraddha Nirmoolan Samiti for meeting Captain Ashok Kharat in the Ishaneshwar. NCP chief Sharad Pawar said it is a new thing in Maharashtra and it seems that the CM’s confidence has been shaken.

The leader of the opposition in the state assembly Ajit Pawar claimed that going to know the future is like feeding superstition when the world is in the 21st century.

Captain Kharat learned cosmology on the special insistence of his Guru of Cosmology, Late Mr. Mujumdar Saheb, the then Head of the Sailing Department and Signing Officer of the Australian Merchant Shipping Department. He got a gold medal in his training out of 277 students.

Post his retirement from merchant navy, Captain Kharat heads the Shivnika Trust and is claimed to continue cosmology as a career. He is believed to have good relations with a lot of political as well as renowned celebrity personalities. 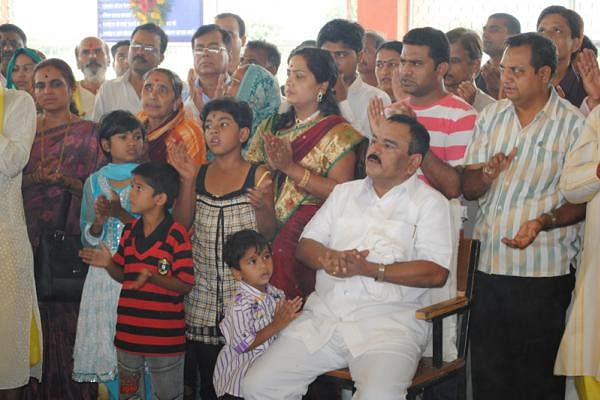 Ashok Kharat at a ceremony in Ishaneshwar Temple |

About the Shivnika Temple Trust

The Shivnika Temple Trust is the trust that looks after the management and restoration of the Ishaneshwar Temple. It also widely caters to the welfare of the farmers and general public living in Mirgaon. With its religious practices like various aartis and the famous Maharudra Puja, which is the highest form of worship to Lord Shiva, the temple gains a large number of visitors throughout the year.