NCP leader and Maharashtra minister Nawab Malik on Thursday demanded to know what was the NCB's Mumbai zone chief Sameer Wankhede doing in Dubai and the Maldives with his family during the pandemic lockdown, and threatened him with jail for "concocting drugs cases against Bollywood personalities".
Agencies 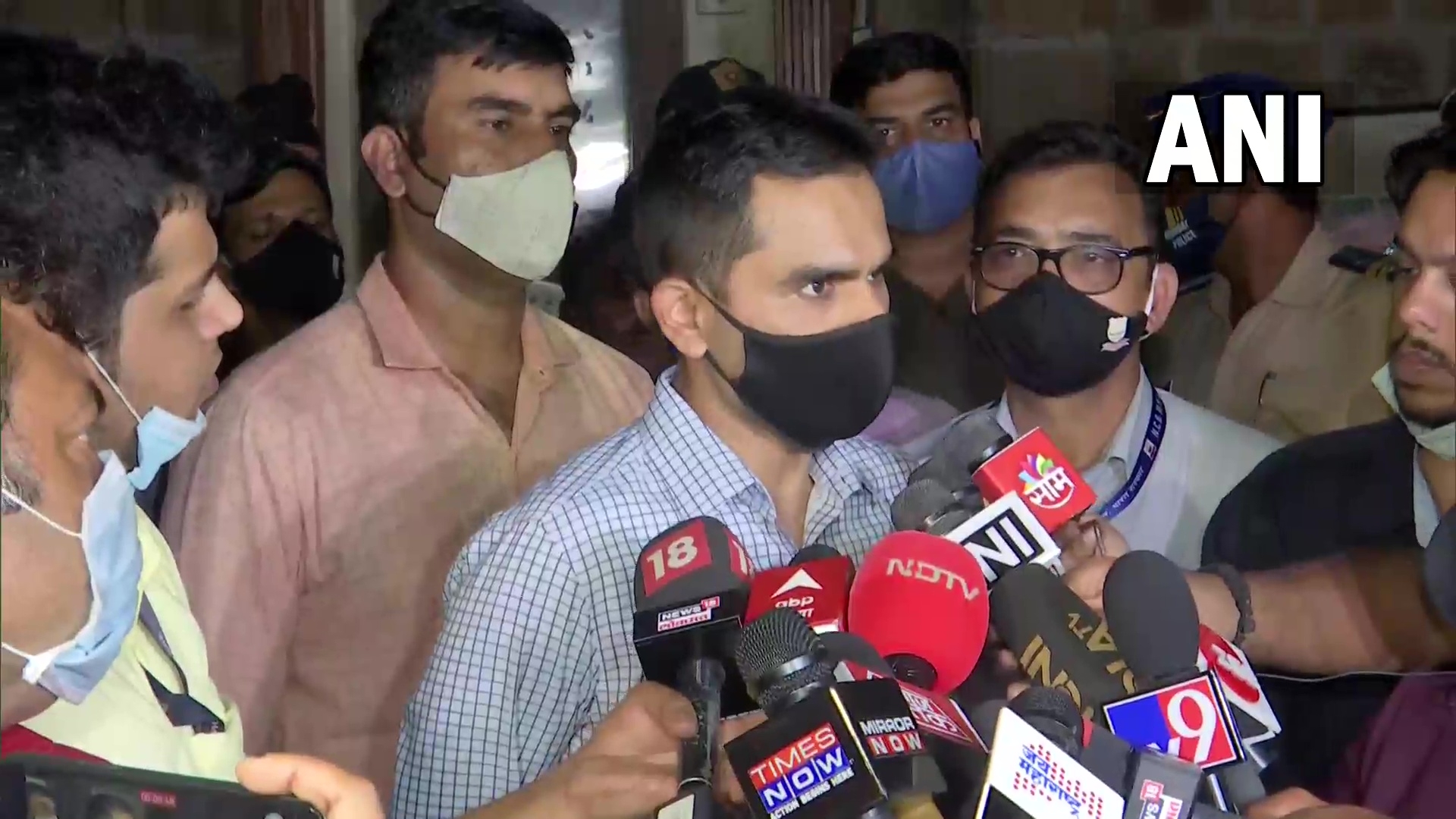 Nawab Malik has alleged that Wankhede extorted money from the film industry persons in Maldives and Dubai.

"During COVID, the entire (film) industry was in Maldives... The officer and his family were also there. Sameer Wankhede has to explain about his visit to Dubai and Maldives. We are sure that this 'ugahi' (extortion) happened in Maldives and Dubai. I will give you photos soon," the Nationalist Congress Party leader told reporters.

Malik also shared photos of Wankhede on Twitter and said, "Sameer Wankhede claims he never went to Dubai post joining the service. This photo has revealed the truth and exposed his lie. Sameer Wankhede was at Grand Hyatt Hotel in Dubai on December 10, 2020." Sameer Wankhede refuted all the claims of Malik.

What did Wankhede say?

Briefing mediapersons, Wankhede said, "The word 'extortion' is a disgusting term. I did go to Maldives after taking competent authority's permission. I went with my children and family after taking the government's permission. If he (Nawab Malik) calls that extortion, then this is not acceptable. I have never been to Dubai, whatever time he is stating that. There are mechanisms to check where a person is. So, it is completely false. I have never been to Dubai with my sister - what he is mentioning during the date and time."

"So, it is false and completely condemnable. Those are photos from Mumbai. I was in Mumbai. Nobody can change the truth. Find out where I was and get data from the airport. Get everything verified through my passport and visa," he added.

Wankhede said that personal attacks are being made against him and his family.

Asked if he will take any legal action regarding Malik's allegations, the NCB Zonal Director said, "Personal attacks are being made on us in the past 15 days. Attacks are being made on my deceased mother, sister and retired father. I strongly condemn this. I am a central government employee, so I have to take due permission from my seniors and after that, I will take a legal course."

On Nawab Malik's challenge that Wankhede will lose his job within one year, he said, "My best wishes are with him. I am just a government employee. He is a big minister. If he wants to put me in jail for serving the country, for working honestly and eliminating the drugs menace then I welcome it."

Addressing party workers in Maval tehsil of Pune district, Malik said, "They have a puppet-Wankhede. He raises bogus cases against people. I challenge Samir Wankhede from this stage that Wankhede will lose his job in a year. He had come to put us behind the bar. The people of this nation will not be silent without seeing you behind bars. Wankhede has been indulging in bogus activities and we have the evidence to prove it. Once those evidences come out he will not be able to continue doing his job any further."

Meanwhile, the Narcotics Control Bureau in an official statement said, "Sameer Wankhede, IRS joined NCB on loan basis on August 31, 2020 and after this, he has not submitted any application for Ex-lndia leave to Dubai. As per the approval of Competent Authority, the officer has availed Ex-lndia leave along with his family to Maldives." Notably, Nawab Malik's son-in-law Sameer Khan was earlier arrested on January 13 this year by NCB in connection with a drug case.

Sameer Khan was granted bail on September 27, after eight months in prison.

Mumbai's Special Narcotic Drugs and Psychotropic Substances (NDPS) court on Thursday extended the judicial custody of Aryan Khan and others till October 30 in connection with the cruise ship drug case.

Earlier on Wednesday, the special court refused to grant bail to Aryan Khan and two others in connection with the seizure of drugs.