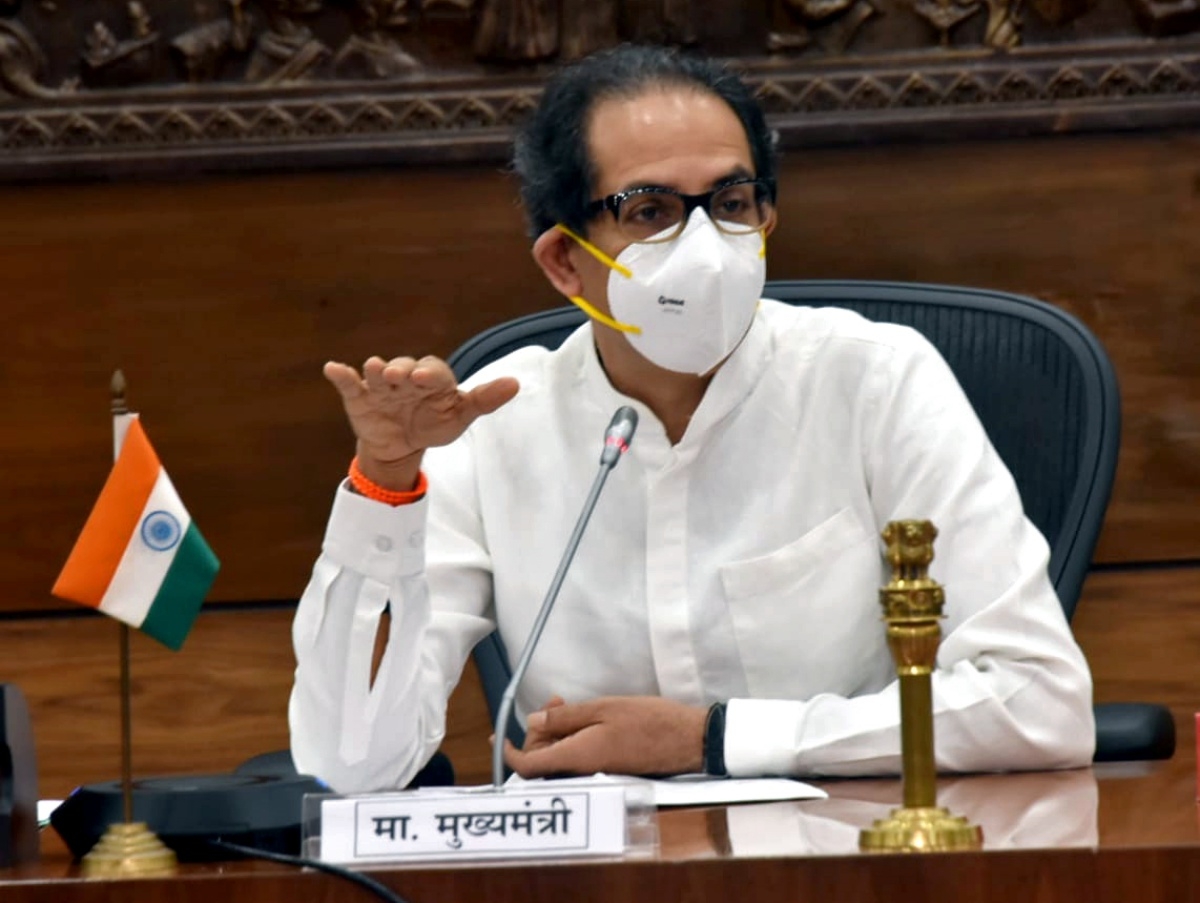 Maharashtra Chief Minister Uddhav Thackeray chairs a meeting with Disaster Management and discusses the current situation of the COVID-19 pandemic, in Mumbai | ANI

In an apparent dig at former Mumbai police commissioner Param Bir Singh, Maharashtra Chief Minister Uddhav Thackeray on Saturday said there is a case in the state where the complainant has gone missing. Thackeray made the statement at the inauguration of two wings of the annexe building at the Aurangabad bench of the Bombay High Court. Chief Justice of India N V Ramana, Union Law Minister Kiren Rijuju, Supreme Court judge Justice D Y Chandrachud and others were present on the occasion.

"Justice D Y Chandrachud pointed out (during his address at the event) that a case is pending in Maharashtra since 1958 as the accused is absconding. But today we have a case where the complainant is missing," Thackeray said.

"He gave a complaint making serious allegations, but is now missing. We do not know where he is. This is something that also needs to be looked into," he added.

Although the chief minister did not name anyone, his remarks were apparently targeted at the senior IPS officer, who had levelled allegations of corruption against former Maharashtra home minister Anil Deshmukh.

A few days ago, during a hearing of a plea pertaining to Singh, the Maharashtra government had told the Bombay High Court that his whereabouts were not known.

Days after he was shunted out as Mumbai police commissioner, Singh had claimed in a letter to the chief minister earlier this year that Deshmukh used to ask the police officers to collect money from restaurants and bars in Mumbai. Deshmukh, an NCP leader, resigned as a minister in April this year, although he has denied the allegations against him.

The Central Bureau of Investigation (CBI) and the Enforcement Directorate (ED) are probing the allegations made against Deshmukh by Singh.

During his address, the chief minister added that the state government is now planning to launch a project wherein a new high court complex will be built in Mumbai.

"I would like to extend my invitation to Chief Justice of India N V Ramana right now to come to the function as and when it happens. I will try to ensure that the foundation laying of the new building complex and its inauguration are both done by my government," he said.

His statement was apparently in response to minister Rijiju's remark that the foundation for this building (Aurangabad bench) was laid by former Maharashtra chief minister Devendra Fadnavis, while Thackeray has come for its inauguration.

Thackeray added that dispensing justice is a teamwork involving all the four pillars of democracy.

"We all have to work as a team to ensure that none of the pillars collapses," he added.

Thackeray said that when Dr Babasaheb Ambedkar was framing the Constitution, he was asked about the rights of the central and the state governments, and he answered that the except for a few rights to the Centre, the state will be equally sovereign.

"Dr Ambedkar had made it clear that the state is equally sovereign, except for a few powers to the central government. But are these rights of the states being exercised today? We should check," he said.

India has completed 75 years of Independence, he said, adding, "If we think that we should not lose our independence, I request that all the judges should guide the country about the meaning of independence." Occupying a certain position doesn't mean that your wish is your authority. Wishes and rights are two different things, someone should tell this, Thackeray said.