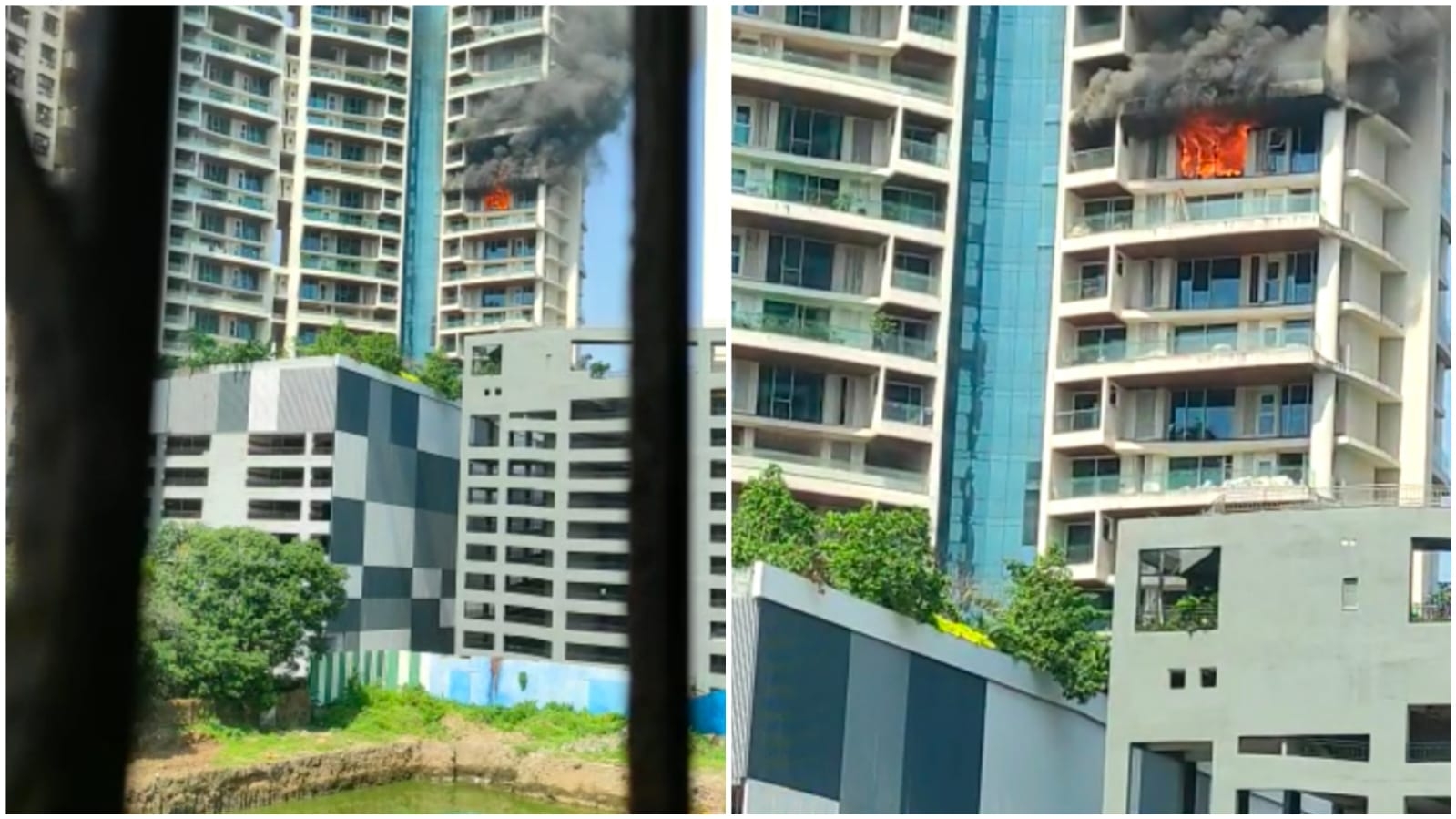 A 30-year-old security guard fell to death from the balcony of a flat located on the 19th floor of a 61-storey residential building in central Mumbai after a major fire broke out there on Friday, a fire brigade official said.

The blaze erupted on the 19th floor of the One Avighna Park building on Currey Road shortly before noon, he said.

"After the fire broke out, Arun Tiwari, a security guard of the building, rushed to the 19th floor. Soon he realised that he was trapped and in order to save himself from the blaze, he kept hanging from the balcony of the flat where the fire had erupted. He precariously clung to the railing of the balcony for several minutes before losing his grip and falling to death," the official said.

After Tiwari fell to the ground, he was rushed to the civic-run KEM hospital, where he was declared dead, he added.

The fire brigade declared it as a level-4 (major) fire.

Mumbai Mayor Kishori Pednekar, who visited the building, said two persons were still trapped inside the building although most of the residents have been rescued.

Talking to reporters, Municipal Commissioner Iqbal Singh Chahal said the fire has been doused and the cooling operation is on.

An inquiry will be carried out into the incident, he said.

#Watch: Fire breaks out in a high rise building in #Mumbai. Eight fire tenders rushed to the spot#Mumbai #FireBrigade pic.twitter.com/4uNleFMpyV