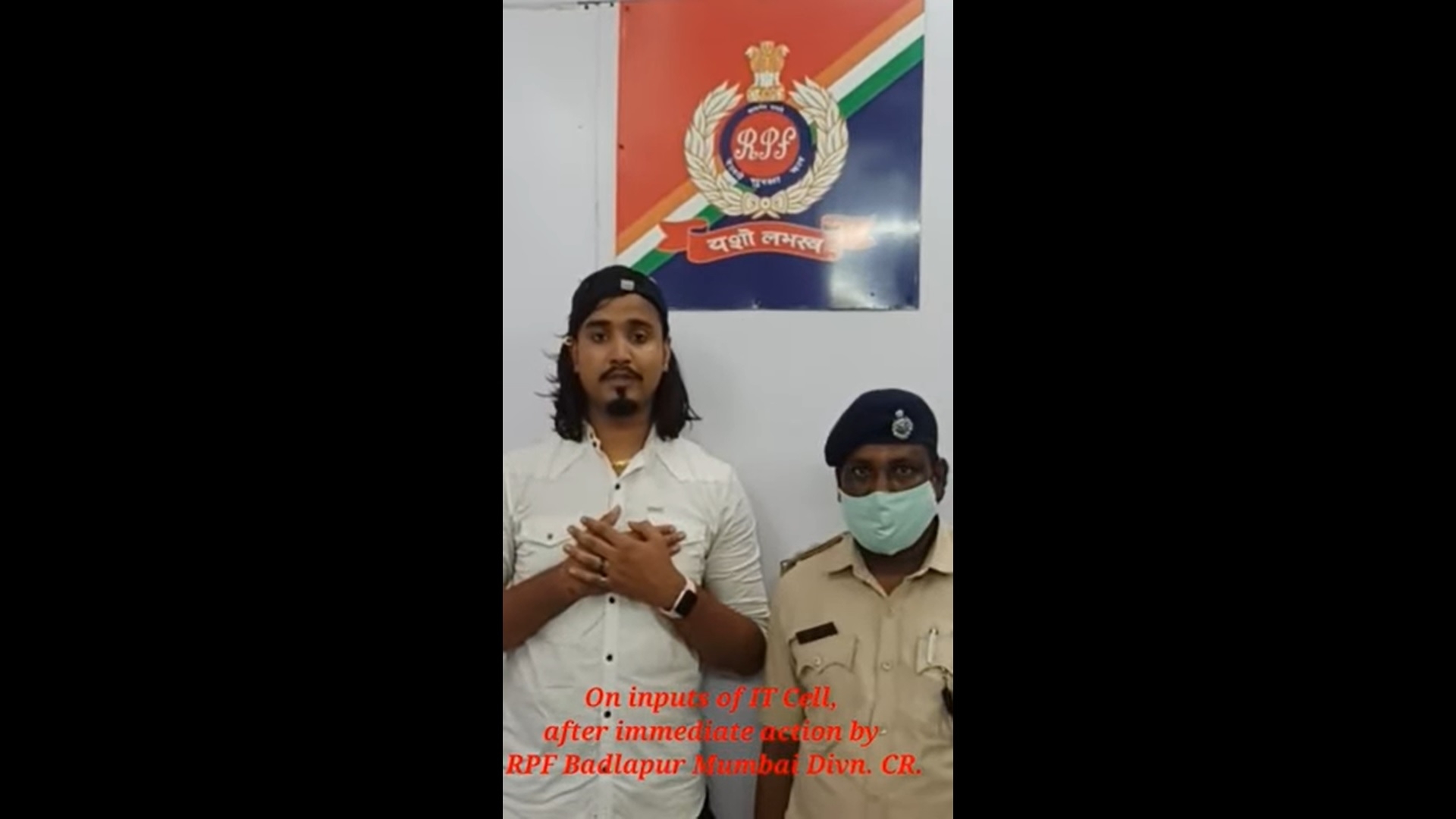 Instagram Influencer Adarsh Shukla, who had posted a video on his social media page depicting him smoking a cigarette while sitting on a railway track was arrested yesterday by Central Railway's RPF (Railway Protection Force), Mumbai Division.

After receiving a complaint on Twitter, the RPF IT cell- IPF Badlapur and IPF Kalyan swung into action and after tracking his wherabouts by taking a clue from his car's registration number, arrested him.

He was then made to delete the video and also apologized to his followers for his reckless behaviour urging them not to follow in is footsteps. The video of the apology was released by the Central Railway's RPF on their Youtube channel.

"I recently posted two videos on Instagram, which had me performing dangerous stunts in railway stations. Due to this, I've been arrested by the RPF," Shukla said in his apology.

I urge all my followers to refrain from performing such acts in railway stations as it may attract severe action from the authorities. I've commited a terrible mistake and I apologize for my behaviour," he further said.

Watch the video of the apology released by the Central Railway's RPF here: