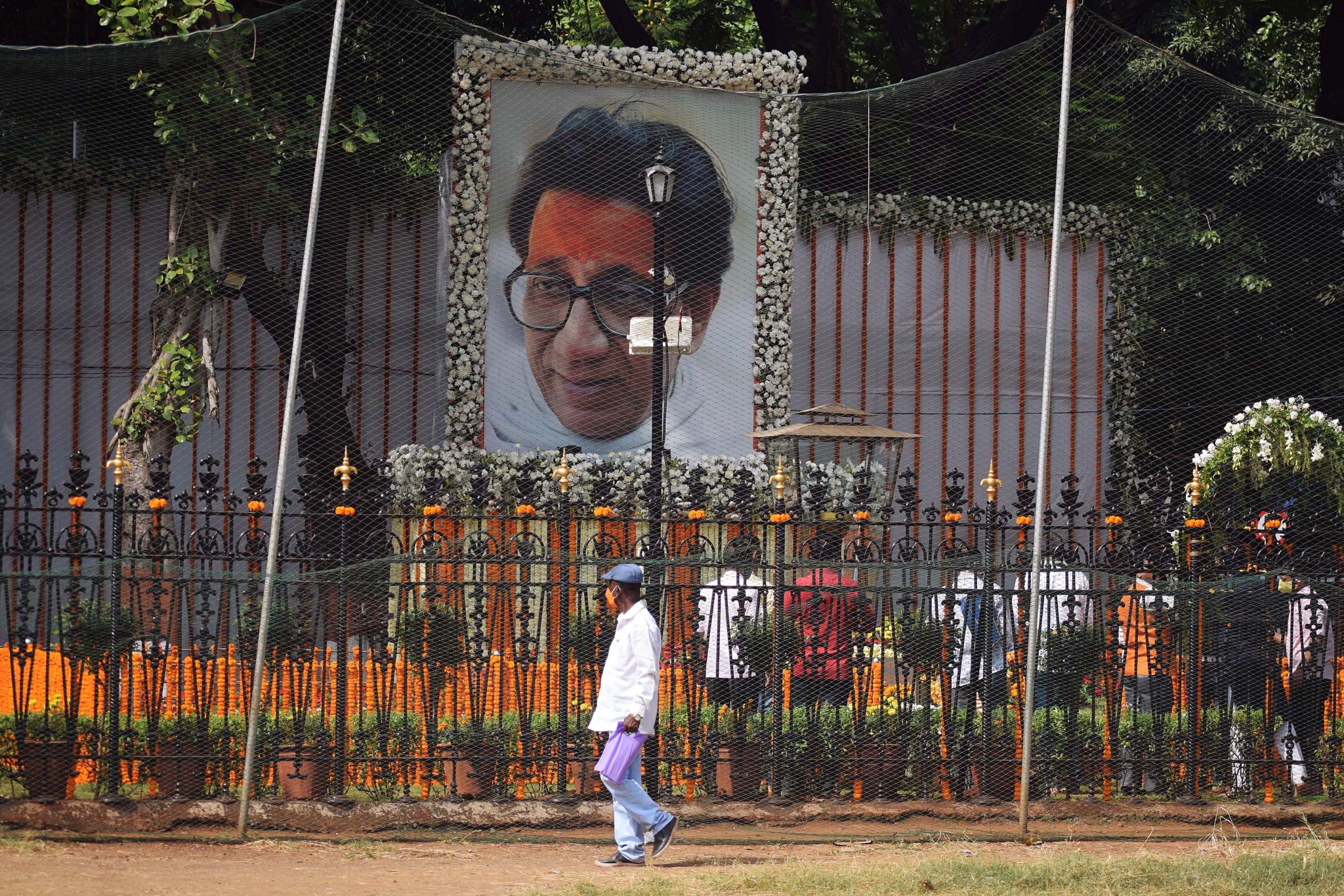 Hours after Union Minister Narayan Rane made a high-profile visit to pay respects at the small memorial of Shiv Sena founder, the late Balasaheb Thackeray at Shivaji Park on Wednesday, a band of Shiv Sainiks, armed with 'gomutra', incense and other stuff visited the spot to clean and purify it, even as BJP leaders like Ashish Shelar, Ram Kadam, and others slammed the move.

Rane, accompanied by Bharatiya Janata Party's Leaders of Opposition Devendra Fadnavis (Assembly) and Pravin Darekar (Council) and other senior office-bearers, paid homage to Thackeray at the memorial before launching his 'Jan Ashirwad Yatra' in Mumbai.

The Sainiks then reached the venue, cleaned the area of fallen leaves and fallen flowers, sprinkled 'gomutra' and wiped the memorial stone clean and then ceremonially burnt incense and dhoop sticks as a purification measure.

Both Shelar and Kadam attacked the Sena for the "drama" and said that the Shiv Sena needed "purification" from its alliance with the Nationalist Congress Party-Congress, which was against the principles propounded by the late Balasaheb Thackeray.

However, Sena Spokesperson Manisha Kayande launched a counter-attack on the BJP accusing it of "betrayal" after the 2019 Assembly elections, abusing and maligning the same Balasaheb Thackeray's son Uddhav Thackeray and his family, labeling the Sena as "a party of goons", so they had no right to criticise the party now.

The BJP, however, accused the Sena of making a "purification drama".

"They (Sena) have thrown Balasaheb Thackeray's vision and ideals of never aligning with the Congress-NCP to the winds in their greed for power They have no problems with those who criticised the late Sena founder like the Congress, but have objections with Rane, who was made the CM by the same party," said Shelar.

"Balasaheb Thackeray is a national institution, revered by all... He is nobody's private property. The Sainiks' action is an insult to his memory... They went to 'purify' as per their convenience," Kadam said.

The incident is being viewed as an attempt to get brownie points as the city prepares for the crucial BrihanMumbai Municipal Corporation (BMC) elections in the first quarter of 2022.

Rane on Thursday declared that "nothing can prevent" the BJP from capturing the civic body, while the Sena, which has been ruling the BMC since over two decades, has proclaimed it will return to power again.