'They have lost their sleep...Now they will lose their peace,' says Nawab Malik ahead of press conference BJP leader Devendra Fadnavis on Tuesday alleged a dubious land deal involving Maharashtra minister Nawab Malik, his family members and two convicts of the 1993 Mumbai serial blasts case over a decade ago, a charge stoutly denied by the NCP politician who hit back and promised to drop a "hydrogen bomb" exposing the former CM's alleged underworld links.

The two Maharashtra leaders engaged in a no-holds-barred attack against each other through the media during the day and came out with their own set of accusations, stirring state politics.

Malik shot back at Fadnavis after the latter’s allegations that he (Malik) had struck a deal with the Bombay blasts convicts. “I have never been accused of something like this before. I will drop a ‘hydrogen bomb’ on Wednesday to expose Fadnavis’s underworld connections and how he held Mumbai to ransom when he was the chief minister from 2014 to 2019 with the help of an underworld don,” he declared.

“Fadnavis claimed that we purchased 1.5 lakh sq ft of land for peanuts and created fake tenancies. This is a false claim,” said Malik. He noted that the land was owned by one Munira Patel, from whom his family had leased land for a godown through their company, Solidus Investments Pvt Ltd.

“Patel approached us and told us that she wanted to sell us the land on which our godown that we had leased existed. We took ownership of the land and got the registration done through one Salim Patel, who had the power of attorney,” Malik said. He was responding to Fadnavis’s allegation that Salim Patel was the frontman of Haseena Parkar, sister of fugitive Dawood Ibrahim’s sister.

“We purchased the land from the original owner and paid the necessary registration fees. Fadnavis has spoken about the Mumbai bomb blasts and referred to one Sardar Shah Wali Khan. Khan’s father was the watchman of this compound and the family had managed to get their names on the property records, staking a claim on 300 metres of land. When we came to know about it, we paid them money to surrender their rights that they had created on this land,” said Malik. He announced that he was prepared to face an inquiry.

“’Madinatul Aman CHS', with over 125 tenants, has been there since 1984 and on the adjoining plot, there are slums. So, how is Fadnavis saying we created fake tenants to grab the plot at throwaway rates?” Malik asked.

“It is a well-known fact that Sardar Shah Wali Khan was a convict in the March 1993 Mumbai serial bomb blasts, but we had no deal with him. As for M Ishaq Patel’s alleged links with Dawood or his sister, he was the authorised power-of-attorney holder of the landlady," Malik said.

Malik reiterated that he and his family did not strike any land deal with the underworld as was falsely claimed by Fadnavis. ‘’All transactions, financials and documents are on record in the public domain. I would have given Fadnavis more details, which his aides have failed to,” he said. 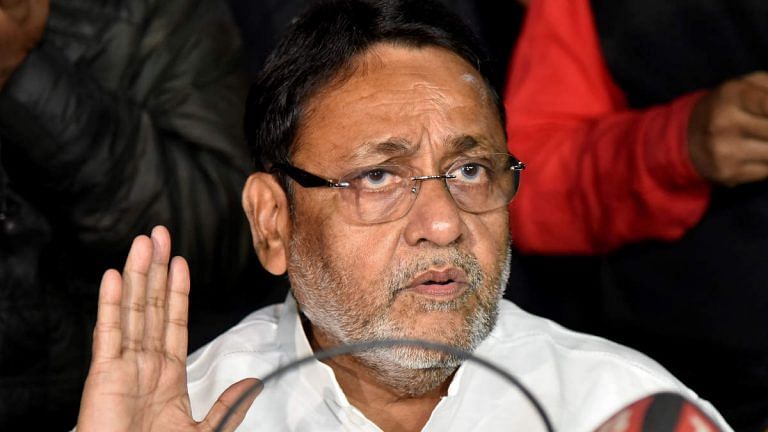